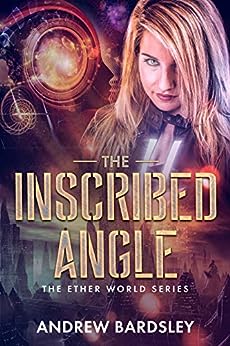 英語版 Andrew Bardsley (著) 形式: Kindle版
すべての形式と版を表示
Sorry, there was a problem loading this page. Try again.
An Urban Fantasy Action Adventure
This is an extract from the book:
Ross whispered to Freya roughly, “Time for us, well me at least, to start earning the money. I know that Jack has gone through this briefing already but I’m going to repeat it once. Only hit the targets that are indicated in your farseeing goggles, those are connected to the combat net with the plan uploaded into them. It is most important that you limit the effects to the designated areas, as if you injure or kill any of our people it will not go well. I’ll be keeping an eye on you to make sure nothing goes wrong. If you just do what is in the command net, everything will be okay. Got it rookie?”
Freya gave a quick, “Yes sir,” and put on her farseeing goggles.
As soon as she put on the goggles, the whole valley lit up, as if it were day. She could see the fire teams moving closer to the compound. As Freya, concentrated on each member, she was able to see detail of the persons health and who they were. The system also lit up the enemy combatants. For the next half an hour, Freya was able to watch the fire team move from cover to cover to the side of the compound. The movement was a fluid motion of one team's movement and the other team covering. As the fire team reached the edge of the compound, one of its members sent out a mist from his hands. This mist slowly dispersed any magical runes or alarms inscribed on the fence, where the teams would be breaching. Freya zoomed in with her goggles and watched the same man use a small flame, from his finger, to cut a hole in the wire fencing. The fire team moved through the hole and started moving toward a building at the back of the compound. In there was the figure of a woman marked in green as the target for extraction. The first fire team went in for the extraction, as the second guarded the exit route. As they went inside the building Freya started to see the enemy combatants being blasted by stun, fire, force and close combat magic. Every now and then, the mercenaries would be hit by a blast on their shield, but none of her team were down yet.
Suddenly, a loud klaxon horn sounded from the compound. The compound lit up as balls of magical light shot into the air.
Ross kept calm and said, “Just follow the orders on the farseeing combat network.”
Before Freya could respond, several icons appeared on each of the light balls, indicating a requirement of extinguishing the lights. Freya made a mental image of the inscription for opaque shields surrounding each of the light ball. As she added her power into it, all of the bright lights went out. This had only taken a fraction of a second. Now the whole compound was back into darkness. Soon several circles appeared within the compound ordering fire strikes confined within each of the circle.
Ross said clearly, “You are free to strike with fireballs anywhere inside the circles.”
Freya just pulled on her fire power and mentally worked the inscriptions for the desired effect. Emerging from the sky above the compound, jets of fire washed down, and stayed restricted to the circles. At the edges of each circle, the flames cascaded and stopped. Ross let out a muffled exclamation but said nothing. As the circles in the command system moved, the waves of fire moved with them. Next were several commands to force shield certain areas, Freya accomplished this with little exertion. As the Fire Teams were exiting the compound, the shields and fire kept the enemy combats at bay. Freya saw people start to shoot magical bombardments attacks on her shield. To counteract this, she channeled more magical energy into the shields, which easily held. The next command that came across the combat network was an order to destroy all vehicles in the compound. Each vehicle was lit up by an icon, and an area of effect of not to exceed. Freya decided that the best way to destroy the vehicles was with pure force.
続きを読む
Previous page
Next page
販売： Amazon Services International, Inc.
【買取サービス】 Amazonアカウントを使用して簡単お申し込み。売りたいと思った時に、宅配買取もしくは出張買取を選択してご利用いただけます。 今すぐチェック。

Kindle Customer
5つ星のうち5.0 Great
2019年4月8日にアメリカ合衆国でレビュー済み
Amazonで購入
I love 💘it but wish it was a lot longer,
Hope there is Book 3,4,5,6and 7 . Going to remind to my fiends