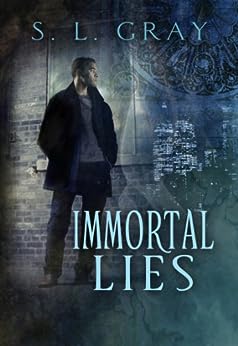 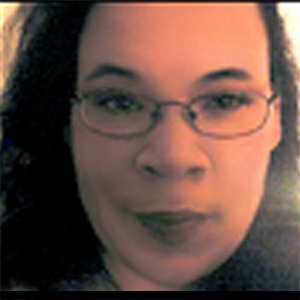 What's in a pseudonym? A writer by any other name called would make words as sweet. So S. L. Gray would, were she not S. L. Gray called. But then how would you find her books? S. L. Gray is a fantasy author (urban, epic and otherwise) transplanted from many places to the not-so-wilds of northern California. A storyteller for as long as she can remember, she's tamed her magpie-like attention span, somewhat, and dedicated herself to writing stories other people might enjoy as much as she does. She is also, as you might have guessed, a huge fan of Shakespeare. She has done theatre on both coasts. She makes beaded boxes and jewelry and is a fiber artist. She loves words in all sorts of languages, knows her way around a computer and was once an EMT. She did mention those magpie interests were *mostly* tamed, right? She shares her home with one husband, two cats, a varying number of snakes and a wise old fish. --このテキストは、paperback版に関連付けられています。

Lorna
5つ星のうち5.0 Good New Vampire Series
2014年2月17日にアメリカ合衆国でレビュー済み
Amazonで購入
Recently I came across this book and downloaded a sample to read. I am not even sure how I came across it, but as soon as I read the sample, I downloaded and read the book even though I literally have hundreds of books that are waiting in my to be read pile.
What I liked about this book:
The voice of the book. That means I totally loved the main character's,(Tybalt Jones) point of view and his way of talking about his life as a vampire. I was hooked on the book as soon as he starting telling his story. A vampire with a sarcastic and pretty much snarky attitude was a new take on the age old vampire story for me. At the same time, you really like him, as he really is a good guy.
I also really enjoyed the supporting characters. Tybalt's girlfriend, Vi, was the best of all of them. As a faerie, with purple skin. she is one of the better supporting characters that I have read- even if I did have a hard time picturing her! She was strong and confident and a really great girlfriend to Tybalt, to the point that I didn't miss the lack of a new romantic interest. She was pretty perfect for him and he knew it. Refreshing stuff. The other character I liked was Granny, an old witch that Tybalt is close to and has known since his childhood.
I liked the premise of the book. Someone is killing vampires that Tybalt has had previous friendships/relationships with. That same someone is also kidnapping vampires and torturing them. It is up to Tybalt to figure out the why and the who.He does know that dark magic is at work. Needless to say the vampire community is blaming him and are not happy.
The world building was very interestingly told by the author. This is a world that isn't hidden and human's are aware of the supernatural element that lives among them. Aside from the vampires, I also enjoyed the rat people. The part of the book that featured the rat shifter, had me laughing out loud.
What didn't I like about this book?
I honestly can't think of anything. It was a well told story, with good characters and good writing. It kept my interest and I really did enjoy it. It was left open for a sequel and if there is one, I will be reading it.
Who Would I Recommend this to?
Any Urban Fantasy fans ages 16 or 17 up. There is some violence and sexual situations are hinted at but not shown.4.5 stars rounded up to 5.(PureTextuality.com)

Keith Beasley-Topliffe
5つ星のうち3.0 Interesting characters. And there's a plot, too.
2018年8月31日にアメリカ合衆国でレビュー済み
Amazonで購入
Tybalt, a vampire who wants to be a recluse and is just discovering he has powers he never suspected. Violet, his purple faerie girlfriend and devoted armcandy. Granny, a witch who seems to watch over them both. An evil wizard who has it in for Tybalt. Plus assorted werewolves, wererats, etc. to fill out the city with extras for a minimal plot involving Tybalt's self-discovery just in time to face off with the evil wizard. Maybe future volumes would have had more story (and better proofreading) but there don't seem to be any. Sigh.
続きを読む
違反を報告
レビュー を日本語に翻訳する

Robert M. Kelly
5つ星のうち3.0 Purple Faeries, The Undead, and Talking Rats
2014年6月23日にアメリカ合衆国でレビュー済み
Amazonで購入
"Immortal Lies" by S. L. Gray has a cinematic quality; so much so that it often reads like a TV pilot in disguise. But it also works as a love story in disguise. Granted, not many love stories feature a vampire with cafe au lait skin, good shoulders, and a lithe 25-year-old body (though he is actually 86). The eternal youth is easily explained: he was Turned toward the vampire lifestyle back in 1953. Tybalt Jones (Ty for short), the narrator, cares about grammar, sex, good wine, and helping people, and has a purple girl friend with pointed ears, curly silver hair, and a fondness for milk. Her name is Violet (Vi for short).

The strong suit of this novel is how the plot unfolds. We're told just enough to keep us engaged in Ty's problems, which seem quite real, yet not so much that the resolution of those problems becomes predictable. The problems are dire, if not horrific.

They involve deadlines (literally), an avenging angel (Sylvia), a brooding werewolf (Brannock), an ultra-evil magician (Jameson Robuck), witches, gypsies and talking rats. All are denizens of St. Sebastian, a grim city where other-worldly types keep in touch through cell phones as well as instinct. This decaying urban setting is appropriately decadent and not further defined. Yet, for all the heaviness of the subject matter, the author writes with a knowing wink and provides her lead characters with plenty of banter which lightens the tone.

Amidst the banter she fits Chandleresque phrases: our hero, Ty, "...could go to sleep each morning guilt free on that account"; he worries that his evil adversary would "...smell fear on me like a bad cologne"; when Ty comes to an impasse, he plops into a chair and "...sat like a puppet with its strings cut"; during one of his innumerable spats with Vi, he "...bit back an apology I didn't owe and she didn't want to hear"; but when they make up, Ty realizes that "...as long as I had her, the where didn't matter."

It turns out that Vi is not just the girl friend, but plays a decisive role. This gives the book a feminist thrust to go along with its inter-racial (inter-species?) grounding, and lifts it firmly into the mainstream of modern social concerns, despite a venerable backstory about the undead and their unusual feeding habits.
続きを読む
違反を報告
レビュー を日本語に翻訳する

ShelsDreams
5つ星のうち5.0 A great new voice
2014年1月15日にアメリカ合衆国でレビュー済み
Amazonで購入
I really enjoyed the writing, the characters, and the story. The only thing I didn't enjoy, wasn't the author's fault (and therefore I didn't ding the rating)....there were some editorial issues that tended to pull me out of the story. Typos, repeating sentences, that sort of thing. I'm tending to blame Amazon's publishing process for most of them, but would suggest that the author consider having the work proofread again and reup it.
続きを読む
1人のお客様がこれが役に立ったと考えています
違反を報告
レビュー を日本語に翻訳する

Mel Curtis
5つ星のうち5.0 A Fresh New Voice in the Vampire Realm
2013年12月27日にアメリカ合衆国でレビュー済み
Amazonで購入
I really loved the wry humor and outlook Tybalt has about the world and being a vampire (and other paranormal creatures). This is a fresh take on urban fantasy that is sure to please. If you like True Blood, you're sure to enjoy this (although it isn't as sexy - I didn't care!).
続きを読む
3人のお客様がこれが役に立ったと考えています
違反を報告
レビュー を日本語に翻訳する
すべてのレビューを参照します
トップへ戻る
Amazonについて
Amazonでビジネス
Amazonでのお支払い
ヘルプ＆ガイド
日本語ショッピングのための言語を選択します。 日本ショッピングのための国/地域を選択します。
© 1996-2020, Amazon.com, Inc. or its affiliates