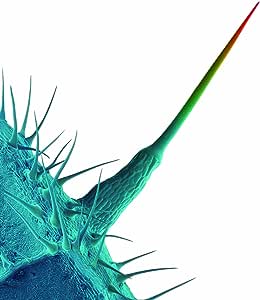 And I'll Scratch Yours CD, インポート

rayJ
5つ星のうち4.0 PETER..finish I/O already!
2014年8月11日 - (Amazon.com)
Amazonで購入
so the Scratch My Back / Ill Scratch Yours project has finally been completed. Its strange that the album of Various Artists doing cover versions of His material is better than PG's own offering of their songs. But it is. It has life. Unlike SCRATCH MY BACK,which was a lifeless unexciting measure. True,some of the orchestration might have been well done,but so many of his versions sucked the life from stuff like 'Heroes',and 'Street Spirit' is unrecognizable. Ive tried to like it...ive listened again and again..but i cant. Even some of the vocals are strained,and uninspired. Not all of it is bad,but as a whole...it makes a funeral dirge sound like a beach party.

So...on to ILL SCRATCH YOURS.

"i dont remember' gets a pop-club-dance treatment by Talking Heads singer David Bryne. Blasphemy you say,at first. But this is a cover album,and you should keep your ears and mind open to what interpretations may follow. Its an interesting update 4/5

"come talk to me" is softened from a harrowing cry to a gentle plea. It feels like a ghostly sort of gospel,circling the listener as it builds. 4/5

"blood of eden" Regina Spektor is a unique voice,her annunciations seem to suit the feeling that Gabriel himself produces in his singing, As good as the US track was,the percussion thats taken away and reintroduced,helps it feel more organic. And the length is itself an improvement over the original version-which was abut 2 minutes too long. 4/5

"not one of us" Weve finally come to a song that might not please as well as the others. Its jarring,as we remember that yes,this in fact is a cover album,the bubble burst. While the club-techno performance might have worked for 'i dont remember', here it goes just too far. Fitting that both songs originally come from the same album,and are interpreted similarly. The chorus voices are like warped keebler elves. There might be a reason for doing it this way,but i dont connect to it. 2/5

"shock the monkey" This is probably the most pop-ish song of PG's to get covered here,seeing as Sledgehammer is absent (while not part of the project,Dave Matthews Band does a decent version live). Whats even better than that is..Joseph (who?) Arthur takes out all the bounce and funk,reducing the song to a fuzz guitar box solo performance. it sticks in your head. 5/5

"big time" Oh..my,Randy Newman. this one has to be taken as purely for fun/ If you cant laugh along,youll hate it. "...they use small wuurhhds". That just kills me. Anyway,its a little simpler than its SO counterpart. You might be on the fence yourself. 3/5

"games without frontiers" Arcade Fire offers the most faithful cover on the album,and while other reviewers might say that its nothing special,because it its so close to carbon-copy status-i disagree. Its good we had ONE song on the cd that is pretty much the original version,sung by a different vocalist. Perhaps i like it more because it redeems the previous track. 4/5

"mercy street" This was never a favorite of mine,even by PG,ill say that right away. I understand why its good,but i just never got into it. Like Arcade Fire, the group here-Elbow,seem to play is safe and do a pretty faithful rendition. However,this one,feels phoned it. Like i said,it was never my favorite,so maybe im bias anyway. The male sounds like he could be in a PG cover band though. 2/5

"mother of violence" The SCRATCH (pun intended?) song gets a real case of Enossification (ty,Genesis fans,ty) here. Its unrecognizable. Its a dirty little assault to the ear,dark and heavy. One of the few pretty moments from PG's second album gets the perfect treatment to turn it ugly and uncomfortable. 4/5

"dont give up" The man here comforts the woman. A reverse of what Peter and Kate Bush did in 1986. Thats not enough to make it an album highlight,but its worth noting. Sicne hearing the lvie version from Live In Athens,whre He sings both parts-this version has lost some of its novelty. What remains is the haunting female vocals. Feist your ears. 3/5

"solsbury hill". Even if Sledgehammer was here,i dont think any PG song would be a source of controversy as much as Solsbusry Hill. The late Lou Reed attacks the song much in the vein of Brian Eno did with "m.o.v". I would have preferred a more faithful cover,despite the fact that most of the best songs already featured have been the departures from the source material. My heart didnt want to listen to my brain on that fact. Truthfully,the guitar work here is great and the dark version of one of PG's more up (pun number 3) and lethargic tracks-actually works. I dont know why mr Reed felt the need to change a certain lyric,but other than that...its okay. 4/5

"biko" its room 619...again,a lyric issue. Now that ive gotten that out of the way,Paul Simon's beautiful version of the anti-apartheid chant is the perfect way to close the album. The journey ends with emotion-the kind that both puts you at ease yet leaves you ready to move a mountain. The fact that the man behind Graceland picked this song seemed natural from the start,and the folk approach serves not only the song but the message behind it.

Peter really needs to find his way back into the studio and get I/O moving. No,just get it done. Or a full Genesis reunion. Itd be nice to have something official to release,seeing as the band is sitting on the 1982 reunion. Dont worry,ive got a bootleg copy and am quit happy with it. I just hope the upcoming "TOGETHER & APART" documentary gets it together and stops saying its "the first time the classic lineup has been together since 1975!!'--because your wrong, And Genesis fans will eat you alive if you forget the 1982 Six of the Best show,or the 1999 photo-shoot.

Of the recent releases,,,getting NEW BLOOD, SCRATCH MY BACK / ILL SCRATCH YOURS & LIVE BLOOD may be a little excessive. Grab the albums Live Blood & Ill Scratch Yours and you'll have enough to be in the loop.
Anyway...PG is nowhere to be found on this cd,yet its essential to his discography. A worthy celebration of something bigger than a song-swap project. A tribute to a musician of heart,intelligence and charisma. (Okay,pun number 4,Charisma records,bazinga)
続きを読む
3人のお客様がこれが役に立ったと考えています
レビュー を日本語に翻訳する

J. Carroll
5つ星のうち3.0 The good, the overly reverential, and the "What the!"
2014年4月16日 - (Amazon.com)
Amazonで購入
Artists finally return the favor of Gabriel's last CD of covers SCRATCH MY BACK with their own take on Gabriel's catalog with mixed results.
The Good:
Regina Spektor strips down "Blood of Eden" to its basics and lets the moving lyrics come to the front and brings new meaning to it.
Stephen Merrit takes a mechanized approach adds a cold, clarity to the intrinsic alienation of "Not One of Us."
Slowing down "Shock The Monkey" works really well and Joseph Arthur just grabs the listener and won't let go with his version.
By the time Randy Newman gets through with "Big Time" you'll have thought he wrote it.
Eno Makes "Mother of Violence" something to be afraid of...
Paul Simon just lets "Biko" speak to the listener in a simple setting, turning an anthem into something intimate.

The (overly) reverential You might as well listen to Gabriel's version
"Talk to Me," "Bon Iver adds banjo and overdubs, but then apes Gabriel's vocal styling.
Arcade Fire's version of "Games Without Frontiers" is a bit heavier, but basically the same as Gabriel's.
"Mercy Street," I Thought it was Gabriel....

What the!:
David Byrne filters "I Don't Remember" through his quasi Latin electro beat and comes out with something, while not exactly painful to listen to, just doesn't seem to serve the song.
Feist does a good Kate Bush but when Timer Timbre chimes in it seems like it belongs to another song, disjointed and unpleasant.
I wished Lou reed had picked another song to assault with his later career approach of aggressive guitar and feedback, Something like "I Have the Touch" or "Moribund The Burgemeister" would have worked a lot better than "Solsbury Hill."