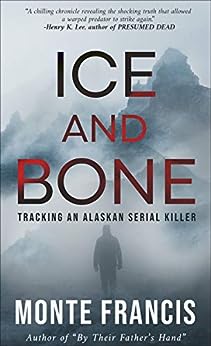 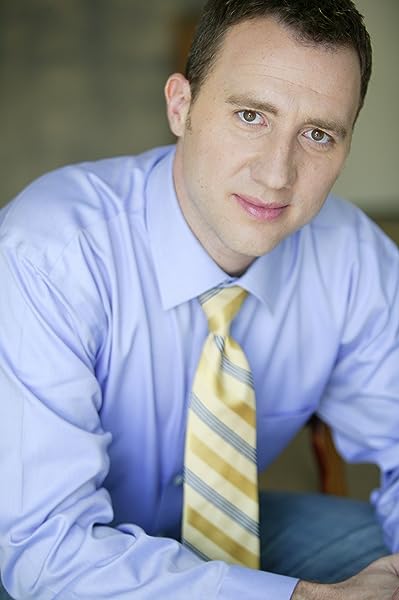 "A chilling chronicle of victims brutally murdered by a cold, merciless killer, against a backdrop equally as unforgiving - the Last Frontier. Through meticulous reporting, Francis uncovers the shocking truth about how the Alaskan justice system failed and allowed a warped predator to strike again." - Henry K. Lee, author of Presumed Dead: A True-Life Murder Mystery --このテキストは、kindle_edition版に関連付けられています。

Mindy Sue Duffner
5つ星のうち4.0 A book that chilled me to the bone!
2016年6月3日にアメリカ合衆国でレビュー済み
Amazonで購入
I am oftentimes leery to read a true crime book by an author of which I am not familiar, but, the price was right (Book Bub) and the case sounded interesting so I purchased Ice and Bone for my Kindle. Monte Francis did a very nice job writing this book. He went into detail but was not repetitive (as is often the case in these true crime books). He conducted a lot of interviews with the families and the friends of the victims, as well as the prosecuting lawyers, and he was sensitive and compassionate in the way he shared their "voices." The actual murders and court cases take up about 75% of the book, and then Francis really gets to the heart of the case, which is how Joshua Wade got away with murder to only murder again. I was frustrated and mad at a judicial system that could allow this to happen. I wonder if the scenarios would have been the same if the order of these murders would have been reversed? Discrimination plays a role here. I recommend this book if you are interested in true crime cases.
続きを読む
8人のお客様がこれが役に立ったと考えています
違反を報告
レビュー を日本語に翻訳する

Linda H.
5つ星のうち4.0 A sad story with all sides represented.
2016年8月19日にアメリカ合衆国でレビュー済み
Amazonで購入
This was an interesting read. The first trial was a bit tedious but the rest was quite good. The interviews with the prosecution team, were very helpful in understanding the result of that trial. Of course, the interviews with family and friends were heartbreaking and truly brought home the fact that the acts of one sick individual can spread pain and anguish in so many different directions. I was particularly moved by the interview with Josh's sister. She gave insight into possible reasons why her brother is the way he is and certainly allowed me to have a little bit of compassion even for him or maybe I should say the wounded little boy he was. Thanks to Monte Francis for getting as much of the whole story as possible.
続きを読む
5人のお客様がこれが役に立ったと考えています
違反を報告
レビュー を日本語に翻訳する

katrig
5つ星のうち5.0 Guaranteed read well written book captivating you from page 1
2016年4月29日にアメリカ合衆国でレビュー済み
Amazonで購入
Tracking an Alaskan Serial Killer
in September of 2000, 33-year-old Della Brown was found sexually assaulted and beaten to death inside a filthy, abandoned shed in seedy part of Anchorage, Alaska. Joshua Wade was arrested after bragging to his friends and taking some of them to see Della in the abandon dwelling he had killed her in.
Sadly, though after a three-month trial, Joshua Wade would walk free. Due to the insufficient evidence and the work the defense attorneys put forward. Sadly, the prosecutor dropped out and the 2 inexperienced prosecutors who had never tried a murder trial and did not have the resources to get up to speed found through no fault of their own that the better case by the defense team got Wade freedom and a pass to kill again.
In 2007, when Wade kidnapped a well-loved nurse psychologist from her home and then executed her in the remote wilderness of Wasilla. She was his next door neighbor a psychiatric nurse who under different circumstances maybe could have helped Wade. Mindy was in the wrong place at the wrong time. Wade broke into Mindy’s home raped her and took her from her house at gun point then drove about an hour in her car and killed her executioner stile by getting her to kneel down, after taking her from the car and promising to set her free but instead put a bullet in his gun and shot her.
Wade had a very cocky attitude when arrested and when the police charged him with two counts of bank fraud, aggravated identity theft … and access-device fraud,” Wade ears pricked up and he said what’s that. Perpetrators of crime weren’t familiar with the term access device fraud. It just means that you used an ATM card of somebody that’s not yourself … and that person did not give you permission to do so.
Agent Thoreson one of the police who interview Wade said. “We actually talked to Mindy, you know.” A devious smirk came over Wade’s face. If there was any doubt before that moment that Wade had killed Mindy Schloss, for either Agent Thoreson or Detective Perrenoud, it evaporated with one facial expression. His eyes said it all You couldn’t have talked to her, because I killed her.
After a lengthy trial Wade confessed and was found guilty of both murders. It turns out he had committed quite a few other murders but the police have not charged him with them. At least up to 6 more people where probably killed by Wade maybe more.
It is a chilling account of one sick twisted individual which no amount of rehabilitation would work. Lethal injection is to good for him and for the family’s affected at least knowing he is behind bars never to kill again until he dies but having been put in isolation and 10 years going by he will have plenty of time to reflect on what he is missing out on in the outside world. life I hope is hell for him in his cell 23 hours a day.
To the families of his victims my heart goes out to you all.
You will not be disappointed in the story about the killings in Alaska. Congratulations Monte Francis this is a well written book, with the author captivating you from the beginning A well-researched book on Joshua Wade.