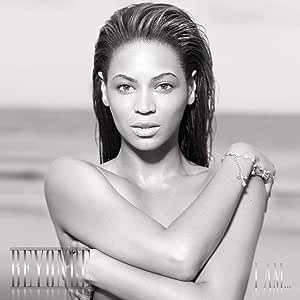 I Am… Sasha Fierce (Deluxe Edition)

Deluxe two CD pressing containing five bonus tracks. One of 2008's most hotly anticipated album releases, I Am..Sasha Fierce marks the artist's first new studio collection since the Grammy-winning multi-platinum-selling B'Day debuted at #1 on charts around the world shortly after its international release on September 4, 2006. With all songs co-written and co-produced by Beyonc, the artist's third studio album is her most personal, reflective and revelatory collection to-date. 16 tracks.

Brida
5つ星のうち4.0 Is this your sweet dream or your beautiful nightmare?
2008年12月30日に英国でレビュー済み
Amazonで購入
Beyonce's recent release, "If I Were a Boy" helped greatly to make me decide to buy this album. Once I learnt that it contained two CDs, one full of ballads and one for the part of her that is meant to be more fierce, I decided it was an interesting concept and so bought this verion with extra tracks.

Disc 1, I AM... opens with the brilliant single, "If I Were a Boy". This, for me, is typical Beyonce. It begins very gently, almost understated, but then builds up to a crescendo, making it a real stunner. Her voice, and the lyrics make this one of the most intelligent and heartfelt songs that I have heard for a long time.
"Smash into You" from this CD is also worth a mention. Again, her voice is shown off to its full power.
Disc 2, SASHA FIERCE opens with the equally brilliant "Single Ladies", pure dance. The attitude that we have begun to associate with Beyonce is on this track; one of a independent lady who knows how to say it like it is.
"Video Phone" gives us the chance to see Beyonce's more naughty, risque side.
My favourite from this CD is "Sweet Dreams". It has the edge that Beyonce is trying to create with her alter-ego, Sasha Fierce, but it also has the usual magic that you expect of her. The song is catchy and the music is brilliant.

So, those are my standout favourites from the two CDs. Personally, I think the first CD is the most consistent, and I enjoy more of those tracks than the second disc. I suppose, whichever 'side' of her you prefer says something about yourself and your tastes. While this is not a bad album, I understand people's views when they say they would have liked more consistency. All in all though, it was an interesting concept and it didn't fall flat on its face. There should be enough to entertain you - would recommend this version, as you get more songs for your money.