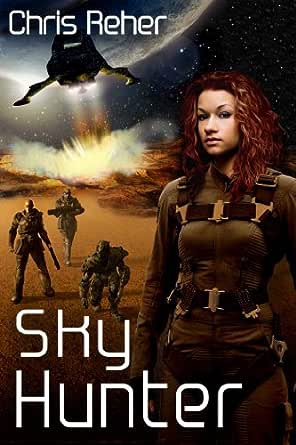 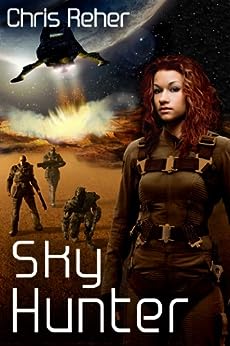 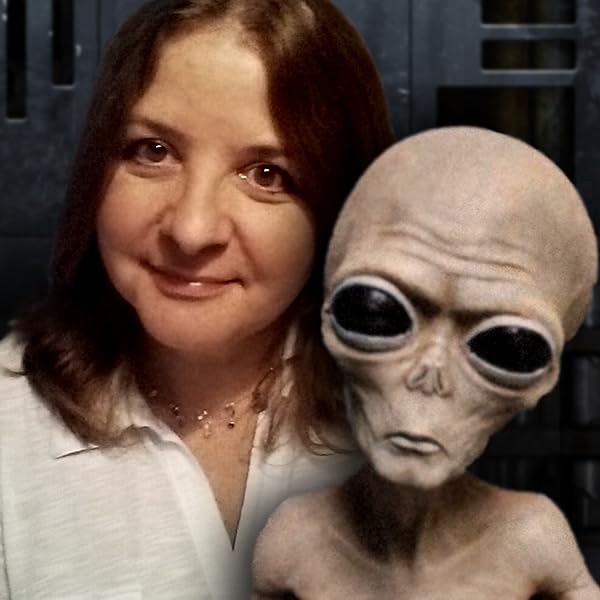 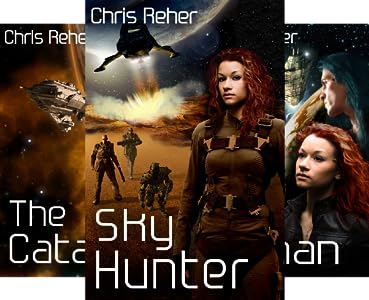 Peter Whitaker
5つ星のうち3.0 Fun and undemanding.
2014年6月24日に英国でレビュー済み
Amazonで購入
I have not read any science fiction for awhile and found myself picking up this edition of the Targon Tales 1. My first impressions were that after the first chapter I had a lot of questions, but that is not necessarily a bad thing, a good book should open with a hook that draws you in and wanting to find out more is a definite attraction. The problem I had with ‘Sky Hunter’ is that it never got anywhere near answering my questions.

To begin with this is not a science fiction story, it is more a futurist tale as there is no scientific principle being considered in the narrative or acting as an impetus to the plot. It is set in a human future that is undetermined and follows the adventures of one Nova Whiteside, a female pilot in the Air Command; the armed forces division of a governing body referred to as the Union of Commonwealth Worlds. Nova is aiming to attain a hunter class rating as a pilot and decides that getting a posting to a world where there is considerable rebel activity is the way to do it.

I got the character’s motivation easily enough but it remained just about the only clearly defined part of the story. The planet of Bella Tau was left indistinct with limited reference to its’ history, culture and peoples. It reminded me of Tatooine, or at least that is the image I ended up with. This approach was also taken in reference to other alien species such as the Centauri. Are they really aliens? They all seemed to be variants of homo sapiens with the occasional extra digit, peculiar hair and eyes, and different coloured skin. I saw them as similar to the kind of ‘alien’ you see in Star Trek.

I was also disappointed to realise that the author suggests that today’s consumer based capitalist economy is going to continue into the future and form the basis for human expansion into the galaxy. The Union of Commonwealth Worlds is all about trade and discovering new markets on worlds that are as yet un-initiated into their fraternity. They are opposed by the rebels, apparently disparate groups who all, generally, oppose this greed motivated expansionism. Not only does capitalism remain but it also appears that humanity has hardly evolved in the interim either. Issues like genocide and sexual assault are enacted for the same reasons and treated in the same deplorable ways as they are today. Very disheartening.

This lack of gravitas results in ‘Sky Hunter’ being quite a lightweight novel. In that capacity it is a good read, however. Chris Reher is an accomplished writer and on the level of a simple action story she moves things along very well. Nova Whiteside is an okay character, lacking some of the more interesting idiosyncrasies of ‘Battlestar Galactica’s’ Starbuck perhaps, being something of a loner her character suffers from a lack of opportunity to develop due to limited meaningful interactions with other characters. The background story of developing Skyranch Twelve also gets lost as the more immediate story of a concerted enemy attack takes over.

In conclusion, ‘Sky Hunter’ is an enjoyable read but it could have been so much better with more attention to the fabric that forms the backdrop to the story. I remained unconvinced of the galaxy it moves through and unsurprised by the plot device that wraps up the few other threads to the story.
続きを読む
1人のお客様がこれが役に立ったと考えています
役に立った
フィードバックを送信中...
フィードバックをお寄せいただきありがとうございます。
申し訳ありませんが、お客様の投票の記録に失敗しました。もう一度試してください。
違反を報告
レビュー を日本語に翻訳する

Jaycee
5つ星のうち4.0 Rebels and alliance, what's new
2017年12月15日に英国でレビュー済み
Amazonで購入
The story is one of a pilot who discovers a rebel plot. She acts heroically and wins the day. A pretty ordinary story, but the writing is easy to read. All the usual angst from the hero and from the rebel she has fallen for. I still do not understand why there has not been an implant discovered by this time which stops men from sexually assaulting women.
続きを読む
役に立った
フィードバックを送信中...
フィードバックをお寄せいただきありがとうございます。
申し訳ありませんが、お客様の投票の記録に失敗しました。もう一度試してください。
違反を報告
レビュー を日本語に翻訳する

Kindle Customer
5つ星のうち5.0 Minced motivations
2017年10月28日に英国でレビュー済み
Amazonで購入
Discovering that the security team of her new base is organising the smuggling of an halucinogenic drug known as 'mince' is only one of the problems facing Lieutenant Nova Whiteside. Terrorist activities throw her into the midst of a plot to destroy the Skyfarm being built in orbit around the planet, and only a last minute desperate spacewalk can prevent its success.
続きを読む
役に立った
フィードバックを送信中...
フィードバックをお寄せいただきありがとうございます。
申し訳ありませんが、お客様の投票の記録に失敗しました。もう一度試してください。
違反を報告
レビュー を日本語に翻訳する

Rosemary56
5つ星のうち5.0 Sky Hunter - a review by Rosemary Kenny.
2017年7月21日に英国でレビュー済み
Amazonで購入
Nova, a pilot for the Union, is a woman of action in a futuristic, often corrupt male-dominated world.
Unflinching in her duty and overcoming many odds both in aerial battles, on the surface and in her personal life, she succeeds on her own terms and equals her father's glory. A must-read for sci-fi fans!
続きを読む
役に立った
フィードバックを送信中...
フィードバックをお寄せいただきありがとうございます。
申し訳ありませんが、お客様の投票の記録に失敗しました。もう一度試してください。
違反を報告
レビュー を日本語に翻訳する