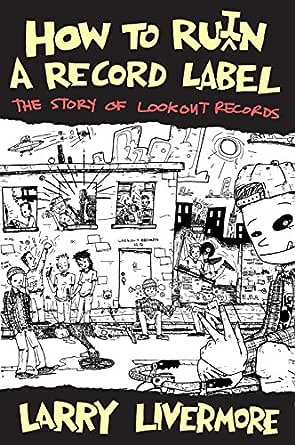 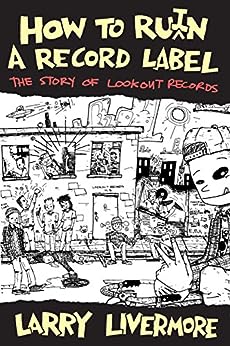 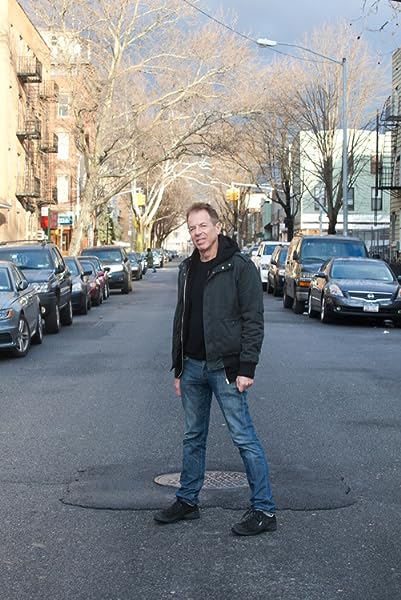 How to Ru(i) n a Record Label: The Story of Lookout Records (English Edition) Kindle版

Hannah May Mason
5つ星のうち5.0 Definitely worth a read
2020年12月29日に英国でレビュー済み
Amazonで購入
What a journey Mr Livermore takes us on .... whether you know about punk or not this is an incredible read.
続きを読む
違反を報告
レビュー を日本語に翻訳する

wretched customer
5つ星のうち5.0 Lookout!
2016年2月27日に英国でレビュー済み
Amazonで購入
Amazing take, from the man with the ideas, on a music scene that influenced and guided me through my younger years.. Lookout ethos inspired people all over the world to pick an instrument and make a racket.. Including sunny bognor regis! That Ben weasel Is a right rascal!! Good work Mr Livermore.
続きを読む
違反を報告
レビュー を日本語に翻訳する

The Knife
5つ星のうち4.0 Hate Lookout, mildly okay with Larry, love this book!
2016年2月10日にアメリカ合衆国でレビュー済み
Amazonで購入
Lemme get a couple things straight....I really don't care about Lookout Records. I don't like a lot of the bands on there, if any. I guess I liked the first Donnas singles and LP. But I've participated in some "friendly" discussions with Larry on Usenet back when people used Usenet, I always found him a funny and insightful man, even if the Venn diagram where our tastes meet is very, very small. I bought this book because I am a fan of that particular point in time musically, though not the geography at all. I'm interested in independent labels, especially the ones who maintained integrity, and I knew it would at least be funny because Larry is a funny guy. I was really impressed with this book and with Larry. He was very candid about his pre-Lookout years and very open about when he messed up. He shares credit but not so much blame. The last few years of his involvement in Lookout, it's quite easy to see why he left when he did and how he is happier for it. There's some funny rock and roll stories in here, some quite harrowing personal details about Larry's life and the lives of his label mates, just enough name dropping to keep you interested and Larry's wit which sparkles on every page. Unlike a billion other rock and roll books, this was written 100% by Larry - it's obvious on every page.
続きを読む
12人のお客様がこれが役に立ったと考えています
違反を報告
レビュー を日本語に翻訳する

Brent W
5つ星のうち5.0 Wonderful reflection on a golden era.
2017年4月7日にアメリカ合衆国でレビュー済み
Amazonで購入
I grew up with Lookout Records and was just a liiiittle too young to have been part of the early days, but back then the only way you learned anything about what was happening was by waiting for zines to come out or having a slightly older friend who drove up to San Francisco/Berkeley for shows and then hearing about them.
Still, I was lucky enough to have friends back then who introduced me to Operation Ivy, Green Day, Crimpshrine, and the rest. Some of my friends would leave high school on a Friday afternoon and spend the weekend in the East Bay and connecting with musicians and artists. One of them even ended up in Larry's band, so I got my own little fleeting touch with the label in its heyday, albeit from 400 miles south of Gilman St. When Larry left we were mostly left to rumors and a label that we all tried to believe in, but didn't quite understand in the same way.
I was really happy to revisit my early punk days through Larry's eyes. These stories came across as balanced as can be hoped for from the perspective of one person who lived in the center of a major cultural shift. Larry had the benefit of writing this with wiser eyes than he admits having during the booming years of Lookout Records. Some stories were his take on legend, passed through punk houses and coops across the country, and others were new to me.
From my own sheltered understanding, it was eye-opening to see who Larry thought of as the movers and shakers back then, and how they were making choices for bands to release. He responds in an even-handed way to the "real punks" who accused Lookout of selling out, and he does his best to give people a chance who he thinks contributed to the downfall of the label.
If you ever made a mail order to lookout and got bonus swag, hung a catalog poster on your wall, or thought that Lookout logo looked like it just didn't fit against the blocky hard-lined layout of an Avail record, this book is worth your time.