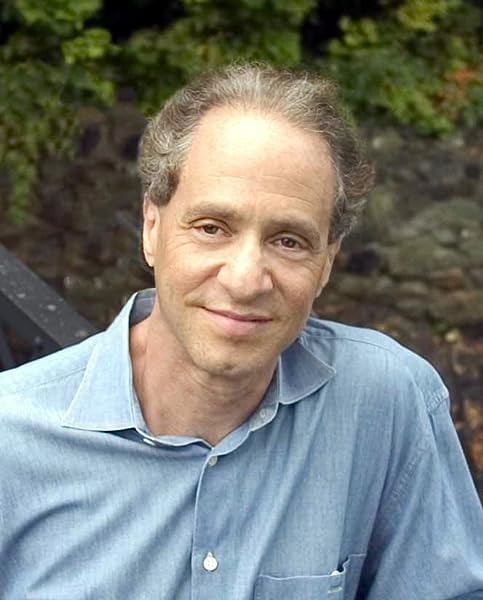 Ray Kurzweil is arguably today’s most influential—and often controversial—futurist. In How to Create a Mind, Kurzweil presents a provocative exploration of the most important project in human-machine civilization—reverse engineering the brain to understand precisely how it works and using that knowledge to create even more intelligent machines.

Kurzweil discusses how the brain functions, how the mind emerges from the brain, and the implications of vastly increasing the powers of our intelligence in addressing the world’s problems. He thoughtfully examines emotional and moral intelligence and the origins of consciousness and envisions the radical possibilities of our merging with the intelligent technology we are creating.

Certain to be one of the most widely discussed and debated science books of the year, How to Create a Mind is sure to take its place alongside Kurzweil’s previous classics which include Fantastic Voyage: Live Long Enough to Live Forever and The Age of Spiritual Machines.
続きを読む
Previous page
Next page

Kurzweil's vision of our super-enhanced future is completely sane and calmly reasoned, and his book should nicely smooth the path for the earth's robot overlords, who, it turns out, will be us.
~The New York Times

This book is a breath of fresh air.... Kurzweil makes an argument for optimism.
~Laura Spinney, New Scientist

"It is rare to find a book that offers unique and inspiring content on every page. How to Create a Mind achieves that and more. Ray has a way of tackling seemingly overwhelming challenges with an army of reason, in the end convincing the reader that it is within our reach to create nonbiological intelligence that will soar past our own. This is a visionary work that is also accessible and entertaining.
~Rafael Reif, president, MIT

"Kurzweil's new book on the mind is magnificent, timely, and solidly argued! His best so far!"
~Marvin Minsky, MIT Toshiba Professor of Media Arts and Sciences; cofounder of the MIT Artificial Intelligence Lab; widely regarded as "the father of artificial intelligence"

"If you ever wondered about how your mind works, read this book. Kurzweil's insights reveal key secrets underlying human thought and our ability to recreate it. This is an eloquent and thought-provoking work."
~Dean Kamen, physicist; inventor of the first wearable insulin pump, the HomeChoice dialysis machine, and the IBOT mobility system; founder of FIRST; recipient of the National Medal of Technology

"One of the eminent AI pioneers, Ray Kurzweil, has created a new book to explain the true nature of intelligence, both biological and nonbiological. The book describes the human brain as a machine that can understand hierarchical concepts ranging from the form of a chair to the nature of humor. His important insights emphasize the key role of learning both in the brain and in AI. He provides a credible road map for achieving the goal of super-human intelligence, which will be necessary to solve the grand challenges of humanity.
~Raj Reddy, founding director, Robotics Institute, Carnegie Mellon University; recipient of the Turing Award from the Association for Computing Machinery

"Ray Kurzweil pioneered artificial intelligence systems that could read print in any type style, synthesize speech and music, and understand speech. These were the forerunners of the present revolution in machine learning that is creating intelligent computers that can beat humans in chess, win on Jeopardy!, and drive cars. His new book is a clear and compelling overview of the progress, especially in learning, that is enabling this revolution in the technologies of intelligence. It also offers important insights into a future in which we will begin solving what I believe is the greatest problem in science and technology today: the problem of how the brain works and of how it generates intelligence."
~Tomaso Poggio, Eugene McDermott Professor, MIT Department of Brain and Cognitive Sciences; director, MIT Center for Biological and Computational Learning; former chair, MIT McGovern Institute for Brain Research; one of the most cited neuroscientists in the world

"This book is a Rosetta stone for the mystery of human thought. Even more remarkably, it is a blueprint for creating artificial consciousness that is as persuasive and emotional as our own. Kurzweil deals with the subject of consciousness better than anyone from Blackmore to Dennett. His persuasive thought experiment is of Einstein quality: It forces recognition of the truth."
~Martine Rothblatt, chairman and CEO, United Therapeutics; creator of Sirius XM Satellite Radio

"Kurzweil's book is a shining example of his prodigious ability to synthesize ideas from disparate domains and explain them to readers in simple, elegant language. Just as Chanute's Progress in Flying Machines ushered in the era of aviation over a century ago, this book is the harbinger of the coming revolution in artificial intelligence that will fulfill Kurzweil's own prophecies about it."
~Dileep George, AI scientist; pioneer of hierarchical models of the neocortex; cofounder of Numenta and Vicarious Systems

"Ray Kurzweil's understanding of the brain and artificial intelligence will dramatically impact every aspect of our lives, every industry on Earth, and how we think about our future. If you care about any of these, read this book!"
~Peter H. Diamandis, chairman and CEO, X PRIZE; executive chairman, Singularity University; author of the New York Times bestseller Abundance: The Future Is Better Than You Think

Ray Kurzweil is the author of The New York Times bestseller The Singularity Is Near and the national bestseller The Age of Spiritual Machines, among others. One of the leading inventors of our time, he was inducted into the National Inventors Hall of Fame in 2002. He is the recipient of many honors, including the National Medal of Technology, the nation’s highest honor in technology. He lives in Boston.
１分以内にKindleで How to Create a Mind をお読みいただけます。

Amazon Customer
5つ星のうち1.0 Self indulgent, unimaginative, and unoriginal
2019年1月29日に英国でレビュー済み
Amazonで購入
Throughout the book, Kurzweil switches between asserting very general, accepted ideas which have been the consensus in such domains as neuroscience (while hinting that they are his own thinking), and confidently asserting very general, speculative and unsubstantiated ideas, then attaching a fancy name to them. His PRTM (pattern recognition theory of mind - sigh), is based on the idea that the algorithm used by the neocortex in processing is uniform across the entire structure. He provides no evidence for this besides some silly calculations about the informational content of the genome. This is an area about which very little is known but the fact that the cellular structure of cortex varies in a way that is visible to the human eye really should be enough to give him pause. Worse still is that his "ideas" are almost exactly the same as those of Jeff Hawkins (just presented in a more arrogant way).
A very disappointing read, please don't waste your time with it.

Judyta Szacillo
5つ星のうち4.0 Beautiful visions, rather unrealistic
2017年11月27日に英国でレビュー済み
Amazonで購入
Compared to “Surviving AI” by Colum Chase, which was the first book I’ve read on the subject, this is a very challenging read. I confess I skipped many pages, unable to follow the specialist lingo and associated equations.
Nevertheless, I did manage to gain some – though very shallow – understanding of what those Silicon Valley dreamers are up to. Ray Kurzweil certainly is a dreamer. He ponders the questions of consciousness, free will, and identity, in order to convince us that, whatever shape or form AI takes when it arrives, it is not going to be fundamentally different from what we are now – just smarter, more efficient, and more durable. He seems to be fully convinced that it will be in a kind of symbiosis with us, or an extension of us, and that it is our destiny to infuse the whole universe with our post-biological human intelligence. I was very glad to see those dreams written down by someone else, someone who actually can and does pursue them actively. I share that dream, but I don’t have as much confidence in it. Probably that’s why Kurzweil devoted his life to it, and I’m just a sceptical observer!

J. V. H. Urbina
5つ星のうち3.0 Meh!
2019年6月3日に英国でレビュー済み
Amazonで購入
Ray Kurzweil has a massive ego, and when he's not talking about himself or his asserted predictions or the companies he's founded he might speak about something interesting about neuroscience or AI. All in all, this book has some interesting ideas and some that sound absurd (e.g. chapter 9).
続きを読む
5人のお客様がこれが役に立ったと考えています
違反を報告する
レビュー を日本語に翻訳する

George Powell
5つ星のうち4.0 Very interesting book, doesn't give enough away
2013年9月20日に英国でレビュー済み
Amazonで購入
This book was given the title it has to sell more copies. Kurzweil doesn't reveal any secrets and doesn't describe any methods that haven't been around for a long time in academia and industry already.

As a software engineer working on pattern recognition systems I bought this book as soon as it was available, the book gave me a lot of ideas and I'm very happy I bought it. The central thesis seems to be the same as Jeff Hawkins' On Intelligence - obviously a big influence for Kurzweil - but with a focus on developments since On Intelligence was published.

Kurzweil got employed at Google very shortly after publishing this book so he could lead a team to create the mind that he's described. He's said in interviews that he left some details out of the book because he didn't want to give too much away.

Overall a good read that will provoke a lot of constructive thought, but don't expect for anyone to actually build a mind based on just this book.

George Coombs
5つ星のうち5.0 An understanding of artificial intelligence
2021年10月3日に英国でレビュー済み
Amazonで購入
A detailed challenging and thought provoking book. It raises serious questions regarding how 'A.I.' is progressing toward a state of total human control when A.I. is patched into the brain, and, it seems to me at any rather like a move toward total control of the many by the few especially the prominent'few' in Silicone Valley where the suthor Ray Kurzweil is a prominent figure.
続きを読む

5つ星のうち5.0 An understanding of artificial intelligence
2021年10月3日に英国でレビュー済み
A detailed challenging and thought provoking book. It raises serious questions regarding how 'A.I.' is progressing toward a state of total human control when A.I. is patched into the brain, and, it seems to me at any rather like a move toward total control of the many by the few especially the prominent'few' in Silicone Valley where the suthor Ray Kurzweil is a prominent figure.
このレビューの画像