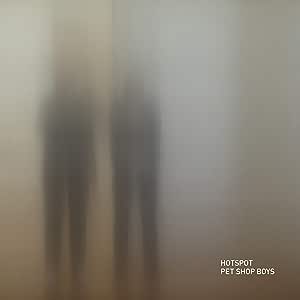 Skip5643
5つ星のうち4.0 Short but Very Good
2020年1月28日 - (Amazon.com)
Amazonで購入
Not a bad 14th album at all. There are some really good songs on here and a couple just OK songs, which isn't bad for 35 years of making music. Will-O-The-Wisp is really good, and even better if you dissect the lyrics. Definitely one of their top 10 best songs. You Are The One is OK. An odd choice for the second song on the album directly after a banger like Will-O-The-Wisp, though. It's a bit more melodic (vocal-wise) than probably any PSB song to date. Happy People is really good. Classic PSB , I would say. Makes me think of something from Very or even Actually. Dreamland is of course a great song, and Hoping for a Miracle is nice but a little dull. I Don't Wanna is typical PSB at their laziest. Monkey Business is really good. It's got a fun disco vibe and stellar production. The viideo is fun too. Only the Dark and Burning the Heather are nice wind downs before the epic Wedding in Berlin, which I was on the fence about at first, but I actually really like it. I can see it being played at many weddings for years to come.

My only real gripe about the album is that it's a mere 40 minutes long. As usual, we'll get a few bonus tracks paired with singles, so that helps fill in the gaps a bit. But overall, a really nice album with some catchy songs and nice production. Will be interested to see what direction they go with other producers after Stuart Price.

Michael Mastronardi
5つ星のうち5.0 How do they do it?!?
2020年1月27日 - (Amazon.com)
Amazonで購入
I’m a Pet Shop Boys fan from their first record. Neil’s voice has always been and still is amazing. I was concerned when Electric came out as it was their first record that I was disappointed in. I think I needed more than a bunch of dance songs. One of The Pet Shop Boys strengths has been their ability to mix it up and Electric was just dance songs. Neil’s voice singing lyrics that seem to mean something to him is a prerequisite for me to enjoy an album. There wasn’t much of that on Electric. Super was much better. Hell, even the “I loved you” in Pop Kids sounds heartbreaking. Hotspot is full of emotion, catchy songs, and great performances. The Pet Shop Boys... still amazing!
続きを読む
5人のお客様がこれが役に立ったと考えています
レビュー を日本語に翻訳する

Luis
5つ星のうち5.0 A Courageous Effort And A Successful Attempt At Maturity
2020年1月26日 - (Amazon.com)
Amazonで購入
The Pet Shop Boys do deliver with an optimistic and spectacular dance music display, with songs that offer variety. This cd has everything from synth pop to disco and soul inflected sounds. I liked all the songs. Great cd. This is truly a tour de force. This is an avant-garde and ambitious production.
続きを読む
6人のお客様がこれが役に立ったと考えています
レビュー を日本語に翻訳する

Jason Stein
5つ星のうち4.0 But maybe you've gone respectable with a wife and job and all that.
2020年2月16日 - (Amazon.com)
Amazonで購入
I've been listening to the Pet Shop Boys since was 13, and I first heard "West End Girls" back in March of 1986. I haven't missed a beat since then, buying each and every new release along the way through the highs and lows of their career. I even managed to see them live in October 1999 at the Irvine Meadows in Irvine, California for their Nightlife tour.

It's hard for me to say when, but somewhere around 2002's "Release" is when I felt the duo began to recycle themselves rather than continue to push musical boundaries and explore new ways of making music. In the past 20 years they have released good-to-middling work, but nothing as great as what they did between 1986-2002.

Along the way, I also came to believe that the duo's B-sides were often just as good as, if not better than, many of their album tracks. I have been an avid collector of their B-sides over the years. In fact, I think they should have had a slew of top 40 hits with many of their B-sides, but that was not to be (so to speak).

So, here we have "Hotspot", the third album in a row produced by Stuart Price, who, in my opinion, has gone a long way in restoring the Pet Shop Boys over the course of "Electric" (2013), "Super" (2016) and now "Hotspot" (2020). These have all been well-produced, well written albums. Yet, they all have also been uneven. Even "Hotspot" has cold spots on it. For example, "Happy People" is very slight. "Only the Dark" is rather forgettable. "I Don't Wanna" struck me as kind of annoying musically. "Wedding in Berlin", which I actually like, is essentially repetitive and simple.

What I did was add four of the B-sides to the album, so that I was listening to 14 tracks instead of 10. The four B-sides that I added were "Decide", "An Open Mind", "No Boundaries" and "At Rock Bottom". These four B-sides I felt were actually quite good, and that some of them should have been put on "Hotspot" in favor of some of the lesser songs.

At any rate, I give "Hotspot" three and a half stars. I look forward to the next album (and it's B-sides).

Robert T. Versteeg
5つ星のうち5.0 Great music, but short
2020年1月30日 - (Amazon.com)
Amazonで購入
Not sure why PSB only had 10 songs to put on this album, and why not at least make them long songs (like add a great break in the middle of the uptempo songs to extend them, and almost give a club mix feel). That said, it is a great album of a duo that has been going at it for 40 years, and are still relevant. One more "complaint" what's with the lack luster cover and booklet? They used to put so much effort into image and imagery, but this is boring. Again, the music is worth it.
続きを読む
2人のお客様がこれが役に立ったと考えています
レビュー を日本語に翻訳する
Amazon.comのカスタマーレビューを見る(24) 5つ星のうち4.1
Amazonプライム会員ならお急ぎ便、日時指定便が使い放題
さらに、映画もTV番組も見放題。200万曲が聴き放題 。クラウドに好きなだけ写真も保存可能。
> プライムを無料で試す