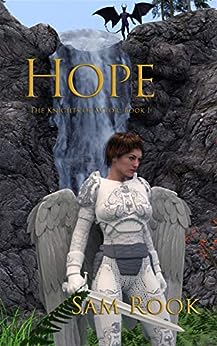 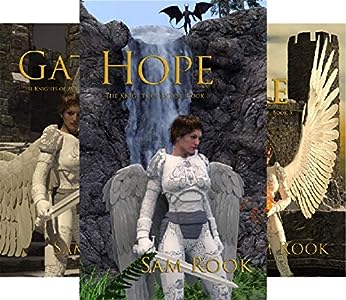 Auroraliss
5つ星のうち5.0 Wow
2013年4月12日に英国でレビュー済み
Amazonで購入
I was hesitant to read this book because when i first started i wondered whether i would get into it, but as i read on i liked it more and more.
In fact i like it so much i have re-read it multiple times.

Looking forward to the sequel....

Give the book a chance it may just surprise you.
続きを読む
違反を報告
レビュー を日本語に翻訳する

KimInToronto
5つ星のうち4.0 interesting and imaginative!
2016年4月3日にカナダでレビュー済み
Amazonで購入
Fantasy is not really my thing, but because it was free I figured I would give this book a try...,,
-
Kathryn's life takes an unexpected detour when she is sucked into a void and finds herself on Av'lor, a medieval world filled with strange looking animals, winged humans, daemons and magic. Rescued from daemons by winged Knights, she finds herself a "guest" in their care and learns that she is not the first Earthling to find themselves on Av'lor. With no way home she struggles to find purpose in her new world and decides that joining the knighthood is the way to go. Kathryn becomes a seer and through her "sight" she learns that the daemons are not only a threat to Av'lor, but Earth as well, and so decides to do whatever she can to aid in the war against them. With her strong propensity for magic, Kathryn soon finds herself playing a pivotal and potentially fatal role.........
As fantasy is not my usual genre I have no basis for comparison and can only say that I enjoyed this book. I found this an interesting and imaginative (if not overly detailed), straightforward tale. I did feel a bit adrift in the story at first, but ultimately enjoyed discovering Av'lor through the characters and liked that the author left some things to the imagination.The characters were likeable and seemed well rounded, and I felt the story was well paced. The plot was a nice mix of action, intrigue, drama, deception and a bit of romance. There was one negative for me though, and that was that overall the story felt rather bleak. The harshness of medieval life, combined with being outnumbered in ongoing war against a powerful, relentless enemy meant that life expectancy was short, especially for a knight. While this did lend a sense of realism to the story, it also made for a less than uplifting read because of little expectancy of a HEA.
All in all I am glad I gave this book a shot and I enjoyed it enough that I will likely read the next book in the series.
続きを読む
違反を報告
レビュー を日本語に翻訳する

Messyalien
5つ星のうち3.0 It was a promising beginning
2015年1月18日にアメリカ合衆国でレビュー済み
Amazonで購入
This was an enjoyable read. Good fantasy. I felt the author needed to slow down and take time to explain some scene more thoroughly. It felt rushed and some real good opportunities were missed to enhance the plot. But it did not deter me from enjoying the book. Like I said, a promising beginning. I did see on his web page book two is coming and I will read it.
続きを読む
違反を報告
レビュー を日本語に翻訳する
すべてのレビューを参照します
トップへ戻る
Amazonについて
Amazonでビジネス
Amazonでのお支払い
ヘルプ＆ガイド
日本語ショッピングのための言語を選択します。 日本ショッピングのための国/地域を選択します。
© 1996-2020, Amazon.com, Inc. or its affiliates