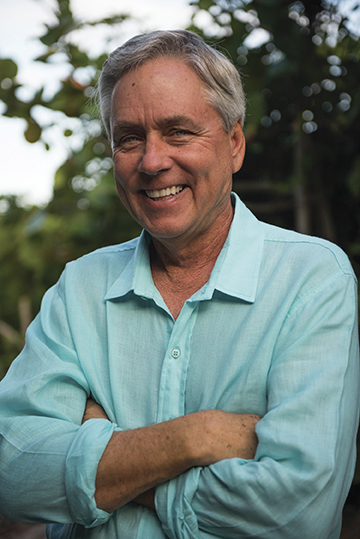 Everybody loves Mother Paula's pancakes. Everybody, that is, except the colony of cute but endangered owls that live on the building site of the new restaurant. Can the awkward new kid and his feral friend prank the pancake people out of town? Or is the owls' fate cemented in pancake batter?

Welcome to Carl Hiaasen's Florida—where the creatures are wild and the people are wilder!
続きを読む
Previous page
Next page

“It seems unlikely that the master of noir-tinged, surrealistic black humor would write a novel for young readers. And yet, there has always been something delightfully juvenile about Hiaasen’s imagination; beneath the bent cynicism lurks a distinctly 12-year-old cackle. In this thoroughly engaging tale of how middle schooler Roy Eberhardt, new kid in Coconut Cove, learns to love South Florida, Hiaasen lets his inner kid run rampant, both the subversive side that loves to see grown-ups make fools of themselves and the righteously indignant side, appalled at the mess being made of our planet. The story is full of offbeat humor, buffoonish yet charming supporting characters, and genuinely touching scenes of children enjoying the wildness of nature. He deserves a warm welcome into children’s publishing.”—Booklist

“You don’t have to be a young adult to enjoy it.”—The New York Times Book Review

“Yes, it is a hoot.”—The Washington Post Book World

Roy would not have noticed the strange boy if it weren't for Dana Matherson, because Roy ordinarily didn't look out the window of the school bus. He preferred to read comics and mystery books on the morning ride to Trace Middle.

But on this day, a Monday (Roy would never forget), Dana Matherson grabbed Roy's head from behind and pressed his thumbs into Roy's temple, as if he were squeezing a soccer ball. The older kids were supposed to stay in the back of the bus, but Dana had snuck up behind Roy's seat and ambushed him. When Roy tried to wriggle free, Dana mushed his face against the window.

It was then, squinting through the smudged glass, that Roy spotted the strange boy running along the sidewalk. It appeared as if he was hurrying to catch the school bus, which had stopped at a corner to pick up more kids.

The boy was straw-blond and wiry, and his skin was nutbrown from the sun. The expression on his face was intent and serious. He wore a faded Miami Heat basketball jersey and dirty khaki shorts, and here was the odd part: no shoes. The soles of his bare feet looked as black as barbecue coals.

Trace Middle School didn't have the world's strictest dress code, but Roy was pretty sure that some sort of footwear was required. The boy might have been carrying sneakers in his backpack, if only he'd been wearing a backpack. No shoes, no backpack, no books-strange, indeed, on a school day.

Roy was sure that the barefoot boy would catch all kinds of grief from Dana and the other big kids once he boarded the bus, but that didn't happen....

Because the boy kept running-past the corner, past the line of students waiting to get on the bus; past the bus itself. Roy wanted to shout, "Hey, look at that guy!" but his mouth wasn't working so well. Dana Matherson still had him from behind, pushing his face against the window.

As the bus pulled away from the intersection, Roy hoped to catch another glimpse of the boy farther up the street. However, he had turned off the sidewalk and was now cutting across a private yard-running very fast, much faster than Roy could run and maybe even faster than Richard, Roy's best friend back in Montana. Richard was so fast that he got to work out with the high school track squad when he was only in seventh grade.

Dana Matherson was digging his fingernails into Roy's scalp, trying to make him squeal, but Roy barely felt a thing. He was gripped with curiosity as the running boy dashed through one neat green yard after another, getting smaller in Roy's vision as he put a wider distance between himself and the school bus.

Roy saw a big pointy-eared dog, probably a German shepherd, bound off somebody's porch and go for the boy. Incredibly, the boy didn't change his course. He vaulted over the dog, crashed through a cherry hedge, and then disappeared from view.

This was Dana, hissing in Roy's right ear. Being the new kid on the bus, Roy didn't expect any help from the others. The "cowgirl" remark was so lame, it wasn't worth getting mad about. Dana was a well-known idiot, on top of which he outweighed Roy by at least fifty pounds. Fighting back would have been a complete waste of energy.

"Had enough yet? We can't hear you, Tex." Dana's breath smelled like stale cigarettes. Smoking and beating up smaller kids were his two main hobbies.

As soon as he was freed, Roy lowered the window and stuck out his head. The strange boy was gone.

Who was he? What was he running from?

Roy wondered if any of the other kids on the bus had seen what he'd seen. For a moment he wondered if he'd really seen it himself.

That same morning, a police officer named David Delinko was sent to the future site of another Mother Paula's All-American Pancake House. It was a vacant lot at the corner of East Oriole and Woodbury, on the eastern edge of town.

Officer Delinko was met by a man in a dark blue pickup truck. The man, who was as bald as a beach ball, introduced himself as Curly. Officer Delinko thought the bald man must have a good sense of humor to go by such a nickname, but he was wrong. Curly was cranky and unsmiling.

"You should see what they done," he said to the policeman.

Officer Delinko got in step behind him. "The dispatcher said you wanted to report some vandalism."

The policeman couldn't see what there was to be vandalized on the property, which was basically a few acres of scraggly weeds. Curly stopped walking and pointed at a short piece of lumber on the ground. A ribbon of bright pink plastic was tied to one end of the stick. The other end was sharpened and caked with gray dirt.

Curly said, "They pulled 'em out."

"Yep. They yanked 'em out of the ground, every damn one.

"And then they threw'em every which way," Curly said, waving a beefy arm, "and then they filled in the holes."

"That's a little weird," the policeman remarked. "When did this happen?"

"Last night or early this morning," Curly said. "Maybe it don't look like a big deal, but it's gonna take a while to get the site marked out again. Meantime, we can't start clearin' or gradin' or nuthin'. We got backhoes and dozers already leased, and now they gotta sit. I know it don't look like the crime of the century, but still-"

"I understand," said Officer Delinko. "What's your estimate of the monetary damage?"

"Yes. So I can put it in my report." The policeman picked up the survey stake and examined it. "It's not really broken, is it?"

"Were any of them destroyed?" asked Officer Delinko. "How much does one of these things cost-a buck or two?"

The man called Curly was losing his patience. "They didn't break none of the stakes," he said gruffly.

"Not even one?" The policeman frowned. He was trying to figure out what to put in his report. You can't have vandalism without monetary damages, and if nothing on the property was broken or defaced....

"What I'm tryin' to explain," Curly said irritably, "it's not that they messed up the survey stakes, it's them screwing up our whole construction schedule. That's where it'll cost some serious bucks."

CARL HIAASEN was born and raised in Florida. He writes a column for the Miami Herald and is the author of many bestselling novels including Bad Monkey, Razor Girl, and Squeeze Me.

His books for younger readers include the Newbery Honor winner Hoot, as well as Flush, Scat, Squirm, and Chomp. Skink—No Surrender was Hiaasen's first book for teens and features one of his most iconic characters, the reclusive ex-governor of Florida now known as Skink.

WDriveOwner
5つ星のうち5.0 Highly recommend
2019年11月28日に英国でレビュー済み
Amazonで購入
My 9year old boy loved this book. Until this book it was all ‘captain underpants’ , ‘Barry loser’ and ‘horrid henry’. I tried for ages to get him ‘hooked’ on reading and tried a few other books before we found this one. Finally! We are off the “young boy silly stories”books. So I highly recommend it as it helped me make the shift and we are now onto ‘his dark materials’ and books I can read with or alongside him and enjoy talking to him about....sigh, one happy Mummy:)
続きを読む
2人のお客様がこれが役に立ったと考えています
違反を報告する
レビュー を日本語に翻訳する

Su
5つ星のうち2.0 book and audio cd
2008年11月13日に英国でレビュー済み
Amazonで購入
This item was purchased to assist my Godson with a school English assignment and a Natural World assignment, it was purchased along with the film.

It is only a short story, or should I say, that from the adult point of view, it is more of an outline than a story.

I can see why the two essay that had been set were: "Write a story about bullying using either the character of Mullet Fingers, Beatrice or Roy. Ensure that you use the information in the book as a base"; and, "Write an article for a local paper about an endangered animal or bird in your area. Include any photographs you have taken" (of course the latter essay assumes that children have access to a camera and the money to get the pictures printed - but that's an argument that the teacher in question and I are going to have at a later date).

There is so much scope for use and development of these characters because they are only outlines.

The book is the basis for an unexpectedly good family film. It is a paperback with glossy pages and photo stills from the film (although the 12 year old female next door, who came round for a study session, would have liked it to have more pictures of Mullet Fingers).

Also included is an unabridged audio CD of the book. Unfortunately, I found the female reader irritating, she appeared to be trying too hard to get to the "level of the child".

The CD is attached to the front cover via a poly button and plastic sticker, which means it is not safe or secure. If you were thinking of allowing a child to take this to school, make sure that the disc is removed otherwise you could find it in pieces at the bottom of a school bag, assuming that it hasn't been lost out of the book.

I would suggest that, if you are buying this for study, as I did for my Godson, you should ensure that you read the book first (and/or listen to the cd as well), then watch the film, otherwise you will probably be very disappointed in the book.

As an adult you'll be wondering why the book wasn't as good, especially considering the book came first.
続きを読む
1人のお客様がこれが役に立ったと考えています
違反を報告する
レビュー を日本語に翻訳する