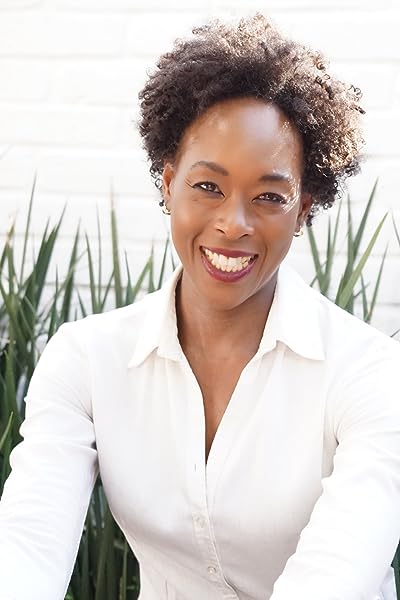 Hidden Figures: The American Dream and the Untold Story of the Black Women Mathematicians Who Helped Win the Space Race ハードカバー – 2016/9/6

The phenomenal true story of the black female mathematicians at NASA at the leading edge of the feminist and civil rights movement, whose calculations helped fuel some of America’s greatest achievements in space—a powerful, revelatory contribution that is as essential to our understanding of race, discrimination, and achievement in modern America as Between the World and Me and The Immortal Life of Henrietta Lacks. The basis for the smash Academy Award-nominated film starring Taraji P. Henson, Octavia Spencer, Janelle Monae, Kirsten Dunst, and Kevin Costner.

Before John Glenn orbited the earth, or Neil Armstrong walked on the moon, a group of dedicated female mathematicians known as “human computers” used pencils, slide rules and adding machines to calculate the numbers that would launch rockets, and astronauts, into space.

Among these problem-solvers were a group of exceptionally talented African American women, some of the brightest minds of their generation. Originally relegated to teaching math in the South’s segregated public schools, they were called into service during the labor shortages of World War II, when America’s aeronautics industry was in dire need of anyone who had the right stuff. Suddenly, these overlooked math whizzes had a shot at jobs worthy of their skills, and they answered Uncle Sam’s call, moving to Hampton, Virginia and the fascinating, high-energy world of the Langley Memorial Aeronautical Laboratory.

Even as Virginia’s Jim Crow laws required them to be segregated from their white counterparts, the women of Langley’s all-black “West Computing” group helped America achieve one of the things it desired most: a decisive victory over the Soviet Union in the Cold War, and complete domination of the heavens.

Starting in World War II and moving through to the Cold War, the Civil Rights Movement and the Space Race, Hidden Figures follows the interwoven accounts of Dorothy Vaughan, Mary Jackson, Katherine Johnson and Christine Darden, four African American women who participated in some of NASA’s greatest successes. It chronicles their careers over nearly three decades they faced challenges, forged alliances and used their intellect to change their own lives, and their country’s future.

“Meticulous… the depth and detail that are the book’s strength make it an effective, fact-based rudder with which would-be scientists and their allies can stabilize their flights of fancy. This hardworking, earnest book is the perfect foil for the glamour still to come.” -- Seattle Times

“Much as Tom Wolfe did in “The Right Stuff”, Shetterly moves gracefully between the women’s lives and the broader sweep of history . . . Shetterly, who grew up in Hampton, blends impressive research with an enormous amount of heart in telling these stories -- Boston Globe

“Restoring the truth about individuals who were at once black, women and astounding mathematicians, in a world that was constructed to stymie them at every step, is no easy task. Shetterly does it with the depth and detail of a skilled historian and the narrative aplomb of a masterful storyteller.” -- Bookreporter.com

Margot Lee Shetterly grew up in Hampton, Virginia, where she knew many of the women in her book Hidden Figures. She is an Alfred P. Sloan Foundation Fellow and the recipient of a Virginia Foundation for the Humanities grant for her research on women in computing. She lives in Charlottesville, Virginia.

OKCole
5つ星のうち4.0 Compelling social more than technical history
2018年2月14日に英国でレビュー済み
Amazonで購入
I'll start by acknowledging how much I enjoyed this book. That being said, certain aspects of it disappointed me.

The first and most obvious, is the lack of any illustrations or photographs. It would have added significantly to the impact of the book to see photographs of the key individuals described in the book and also the buildings and laboratories/test equipment they were using. Many such photos exist as a quick check via Google shows. On a personal level, I would have enjoyed seeing some examples of the types of maths that were being used. I can understand this not being included in the main text but could have been included as an appendix.

There are two major themes carried in the writing, one being the difficulties and damage caused by segregation, the other being the emergence of NASA and the US space program. Hence, it is probably inevitable that book is written primarily for US readership. That is not meant as criticism, only as an observation. In practice, for readers outside the US, it may mean resorting to Google to find out about individuals referred to in the book but are not well known outside the US. As an example, I can cite the mention of Althea Gibson: an apt but not obvious choice as a sportsperson.

I found the balance tilted more towards the discussion of segregation than the technical and scientific aspects . In places, the description of the cruelties and loss inflicted by segregation became a little repetitive. But it could also be argued some issues bear repeating. On the other hand, as a child, I recall listening to discussions about how the US overtook the USSR as it was then because of its mastery of the orbital mechanics required for spacecraft rendezvous. I was hoping to learn more about the role Katherine Johnson played in this development. In the film of the same name, there was a scene which seemed to indicate she had played a/the key role in mastering the maths involved but there was scant mention in the book. The book did refer to Mrs.Johnson's calculations in the launches of the early Mercury astronauts and, later, Apollo 11 and 13. But, I'm still wondering if she led the refinement and application of the maths involved in space rendezvous.

Two, minor themes of the book were the male - female and the engineer versus non-engineer biases at NACA and later NASA. The former was (and may probably still be) true of most working environments at that time. As for engineers: it's not just in the aerospace industry that engineers consider themselves to be first among equals. That being said, as a non-engineer who worked with engineers of different flavours (electrical, mechanical and chemical) at different times, I find them to be an uncommonly well qualified and knowledgeable cadre. In any working environment, someone has to lead and in a technology-led domain like aerospace, it's inevitable that engineers take charge. I can point to the decline of several large corporations when the engineers who founded the company were replaced by bureaucrats and bean-counters.

But these are mainly personal observations about a fine book which I have recommended to several friends and my family. The book is well written and carefully researched as attested by the long list of notes and the bibliography.
続きを読む
26人のお客様がこれが役に立ったと考えています
違反を報告する
レビュー を日本語に翻訳する

ChrisG
5つ星のうち5.0 Ana astonishing account of brilliant women and much much better than the film.
2017年8月23日に英国でレビュー済み
Amazonで購入
This is an astonishing account of the considerable numbers of black women mathematicians in the US's space programme. They did the calculations that helped get men into space. Who knew? I was thinking while reading it of the recent furore at google over a programmer who believed that women find it hard to apply the necessary analytical skills to become programmers. This book utterly disproves that, It is also an account of the civil rights movement in the US and of the discrimination that makes these women's achievements all the more remarkable.

The book is a little hard to read at first because of the vast cast of characters, but it's well worth persevering. It is a brilliant account of character, politics and ability, breaking stereotypes as it goes. If you are interested in men in space, in the history of science, in black women's lives, in women in science or just in finding how much of the film was factual ( almost all of it, but not in quite the same way it happened; they moved parts around to create a filmable story) Read This Book. I learned a great from it and it is life enhancing to see how strong the characters of black women can be. I feel chastened, and am clearly undereducated in life, in ways these women were not.
続きを読む
15人のお客様がこれが役に立ったと考えています
違反を報告する
レビュー を日本語に翻訳する

Wednesday's child
5つ星のうち5.0 Read the book, never mind the film.
2017年11月18日に英国でレビュー済み
Amazonで購入
I personally did love it, though a friend of mine found the Americanisms a bit hard to take (too slangy). However, I hadn't even noticed. If you've seen the film based on this book, please read the book. It's got SO much more in it, and its so revealing about the race divisions in America of the time. It really is a revelation, even if like me you think you know what went on. The film was OK, but for the real deal, do read this book. Highly recommended.
続きを読む
13人のお客様がこれが役に立ったと考えています
違反を報告する
レビュー を日本語に翻訳する

Brgirl
5つ星のうち1.0 Terrible writing style but a wonderful story
2018年7月4日に英国でレビュー済み
Amazonで購入
This is a wonderful story but so badly told. It's such a shame because there really is a wonderful true story of strong, intelligent black women in there, who triumph despite all the odds. However, I'm afraid the author's writing style is worse than bad and she does not do these women justice at all. It's also a very odd mix of docudrama style, historical detail and annoying imagined conversations which just make the characters feel even more 2 dimensional than before. I did finish it, but I will be avoiding anything by this author in future. I understand the film is better – if you want to know the story, watch that instead!!
続きを読む
8人のお客様がこれが役に立ったと考えています
違反を報告する
レビュー を日本語に翻訳する

Aoife
5つ星のうち5.0 Really great and informative
2020年12月3日に英国でレビュー済み
Amazonで購入
A truly inspiring story about women who paved the way of scientific progress when there were so many barriers put in front of them by the world already; their education, their race, their gender. I loved learning about all of the women in this book and how women, and in particular, women of colour, were such core members of NACA's team as it eventually built itself into NASA.

It's infuriating that so many of these women were lost or forgotten a bit in history due to the true nature of many women which is to put your head down, and just work your best while forgetting to speak up and speak out about your true talents and progress. And also the assumption of men that the women shouldn't have gotten any credit for all the amazing projects they helped build with their amazing minds.

I would have liked more focus on the Mercury and Apollo era as I felt by the time we got to this point in history, the actual space exploration was a bit skipped over and didn't seem to get as much emphasis as the build up to NASA in the 40s and 50s.