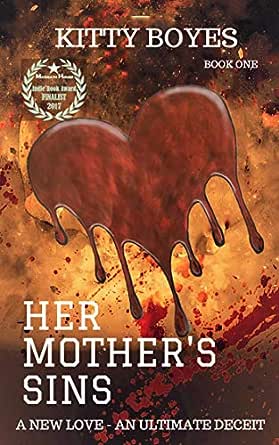 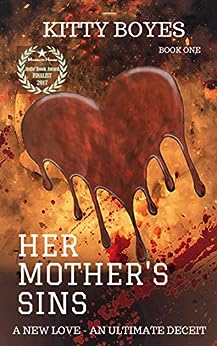 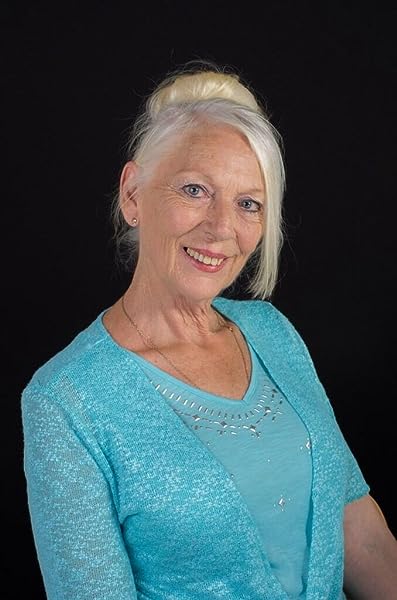 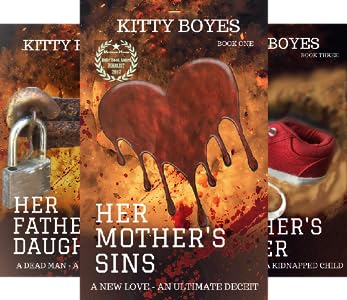 GOING HOME WAS SUPPOSED TO BE A FRESH START.

Arina returns to her home town set to quell ugly rumours about her deceased mother and restore the old family motel.

Unaware of the dark secrets the motel holds, she plunges headlong into an ultimate deceit.

Single-minded and focused on her quest, she rejects the advances of Matt, a handsome stranger - but his magnetic pull messes with her hormones, and she finds she's not sure if he's friend or enemy.

Jake, on the other hand, is set on charming her in the meantime.

When further sinister revelations plunge her life into danger, Arina doesn't know who to trust.

Dark mysteries dating back to the Second World War reveal a betrayal of the worst kind.

Wearing her mother's sins on her sleeve, will Arina solve the many mysteries surrounding her family?

"Her Mother's Sins" is an absolutely spectacular, thoroughly engrossing novel.

Boyes is a born storyteller and a fantastic writer.

Readers will be captivated from the start and eagerly await Boyes's next novel.

WhenInDoubtEatCake
5つ星のうち4.0 A good read
2017年12月25日に英国でレビュー済み
Amazonで購入
Arina, the MC, leaves her job to restore a motel her family owns in a small town. While she's at it, she wants to put an end to the rumours plaguing her mother's suicide and her father's passing. She is a determined and strong heroine who doesn't seem to want to rely on anyone, not even Matt with whom she has great chemistry.
This romantic mystery has a slow-ish start. There is plenty of mystery to go around, anything from a hidden treasure to a lot of secrets that she didn't know about her family.
It's a book that mystery/suspense lovers would surely enjoy.

m.calver
5つ星のうち5.0 The first in a series of 4 books. by Kitty Boyes.
2018年12月12日に英国でレビュー済み
Amazonで購入
A new writer to me, Recommended to me by my cousin in Australia. It is the first of 4 books, ALL of which I have enjoyed.
I look forward to her next book.
It starts with Arina inheriting her parents motel, she has decided to revamp and open it. Along the way she discovers the truth about her family and the people she has trusted. Please do try this writer I am sure you too will enjoy her books.

Jo-anne Harvey
5つ星のうち5.0 How can she return to town to clear her mother's name?....... Great story
2019年6月23日にオーストラリアでレビュー済み
Amazonで購入
I really liked this, the first book, from Kitty Boyes. Living in WA you can almost visualise where this is set but not quite. I like that. It feels familiar. The characters are likeable and the storyline is intriguing. I really liked the mystery and the path to solving it. Looking forward to reading more
続きを読む
役に立った
フィードバックを送信中...
フィードバックをお寄せいただきありがとうございます。
申し訳ありませんが、お客様の投票の記録に失敗しました。もう一度試してください。
違反を報告
レビュー を日本語に翻訳する

Tracey Tapscott
5つ星のうち5.0 Intriguing. Twists and turns great read.
2018年4月18日にオーストラリアでレビュー済み
Amazonで購入
Thoroughly enjoyed this book. Have read this story twice as I read Kitty's original version .
I love that the story keeps you guessing without being hard to follow.
I have read all 3 books in the Arina Perry series and have really enjoyed all three.
Kitty is such a descriptive writer you really feel like you get to know the characters and places.

Kindle Customer
5つ星のうち5.0 Great Romantic Mystery
2017年12月8日にアメリカ合衆国でレビュー済み
Amazonで購入
Arina returns to her hometown to look into some family rumors. What she finds goes much deeper than she ever imagined. This was a well layered mystery, filled with reveals that were unexpected. The mysteries are many- treasure, family secrets- are they connected? There was also a lovely romantic tone as well.

Arina is a determined heroine, who doesn’t flinch away from danger as she searches for answers. Matt was so charming, and the draw between them was fun to read. I also really enjoyed Jack, though not for the same reasons. All of the cast had their own flaws, as well as things to like, which made it hard for me and Arina on deciding who she could trust.

If you like romantic mysteries this is a fabulous read. I look forward to reading the rest of the series.

Nikki
5つ星のうち4.0 A good quick read that didn't disappoint!
2017年12月28日にアメリカ合衆国でレビュー済み
Amazonで購入
Her Mother's Sins is a great story of hidden secrets and a painful past while confronting issues and lurking danger lead to some nail biting tension. Toss in the utterly adorable Matt and the romance between him and Arina and the novel is sure to keep your interest. I was intrigued with the twists and turns, the danger and the constant threat of nefarious characters with questionable connections to Arina, as well as the lovely plot. A good quick read that didn't disappoint!

MaineWife
5つ星のうち5.0 It Drew me in
2017年11月26日にアメリカ合衆国でレビュー済み
Amazonで購入
I loved reading V.C. Andrew's novels when I was younger, and I love the way that this book could draw me in the same way. Especially with the aspects of suspense, family secrets, and other sinister revelations. The author has taken time to craft her story which is written really well.
続きを読む
1人のお客様がこれが役に立ったと考えています
役に立った
フィードバックを送信中...
フィードバックをお寄せいただきありがとうございます。
申し訳ありませんが、お客様の投票の記録に失敗しました。もう一度試してください。
違反を報告
レビュー を日本語に翻訳する

LISA
5つ星のうち4.0 Excellent story
2018年11月6日にアメリカ合衆国でレビュー済み
Amazonで購入
This should have been a 5 star book. Excellent storyline and phenomenal characters. It was suspenseful and not predictable. If the author wouldn't have drug it out, I would have given 5 stars. Entertaining to say the least.
続きを読む
役に立った
フィードバックを送信中...
フィードバックをお寄せいただきありがとうございます。
申し訳ありませんが、お客様の投票の記録に失敗しました。もう一度試してください。
違反を報告
レビュー を日本語に翻訳する

Rachael T
5つ星のうち3.0 Well Written but lacking
2017年12月20日にアメリカ合衆国でレビュー済み
Amazonで購入
While this book was well written, and honestly I had high hopes for it-it unfortunately fell a bit flat. The writing itself was good, however the plot was lacking. I'm sure for some it's a nice, easy, slow read-but for me I need a bit more. I was 25% into the book still wondering what the book was actually about.
Having said that, the other thing that bothered me was what seemed like a pretty obvious error in research when it comes to how the internet works, and main character that's so afraid of internet fraud that she's isolated herself, along with her employees, and perhaps even her business-in a way that would doom the business to certain failure if it occurred in the real world. I found it a bit unrealistic and to slow.
続きを読む
1人のお客様がこれが役に立ったと考えています
役に立った
フィードバックを送信中...
フィードバックをお寄せいただきありがとうございます。
申し訳ありませんが、お客様の投票の記録に失敗しました。もう一度試してください。
違反を報告
レビュー を日本語に翻訳する