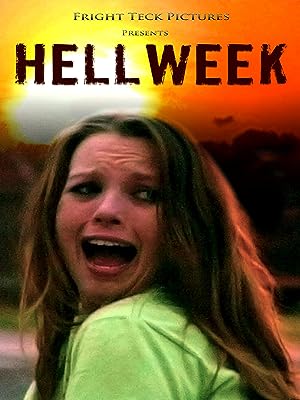 この商品の最初のレビューを書き込んでください。1時間42分201018+
Rush week turns unexpectedly hellish when a band of sadistic, masked, homicidal maniacs holed up in an abandoned warehouse wreak havoc on a bunch of not-so-innocent college kids. Wanting to ensure the new pledges prove they're worthy, fraternity president J.J. sends them to a deserted warehouse rumored to be inhabited by demonic squatters.

Mr. R. Domar
5つ星のうち1.0 This Fraternity Is Awful
2011年5月11日に英国でレビュー済み
Amazonで購入
The fraternity president decides decides to send this years pledges into a house with a bad reputation.
I thought this was poor fare. Most of the plot was stupid and there's a lot better "pledge" films out there. The character of the frat prez was obnoxious from the get-go and I wanted him dead asap. The dialogue was basically nonsense and set ups seemed like filler a lot of the time. The acting was no great shakes and there was no entertainment value in this montrosity.
Extras include deleted scenes. USA Release but plays Region zero.

ROBERT PURCEL
5つ星のうち4.0 must see
2010年4月13日にアメリカ合衆国でレビュー済み
Amazonで購入
i liked it. it was diff... one of the best inde... fimes i have seen not this same old same old stuff... i must say it got me to look at inde fimes in a diff light...
must see