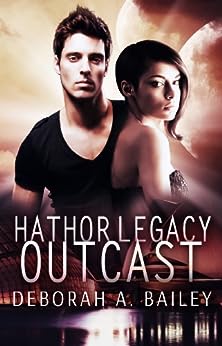 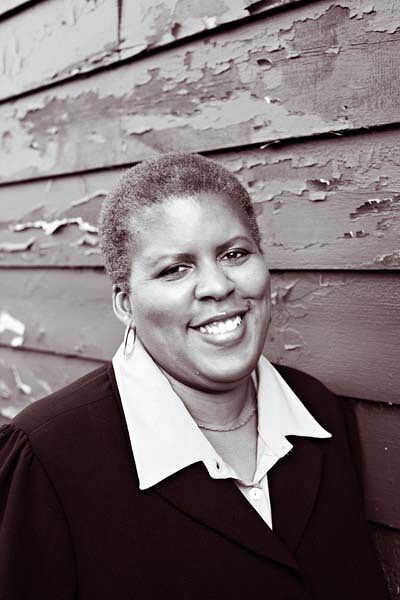 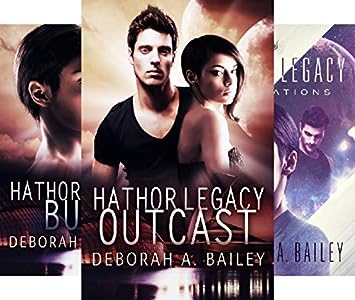 Deborah A Bailey is also the author of the science fiction romance novel, "Hathor Legacy: Burn" and the short story collection, "Electric Dreams: Seven Futuristic Tales." Her short stories have won awards from the Philadelphia Writers' Conference and have been published in US1 Magazine and the Sun. Visit her site at http: //www.BrightStreetBooks.com/ for news, writing tips and more --このテキストは、paperback版に関連付けられています。

Hathor legacy is a book that is set in the distant future where people inhabit other planets besides Earth. There were seven original families that came from all over Earth to colonize these new planets. The original descendants from the seven original families have special abilities that allows them to be more in touch with their inner selves. (That's not really not the phrase I'm looking for, but for a lack of better description right now, that's what I'll go with.) The people who have these powers can either read minds or people's body energy. Those who have the highest aptitude are made into Guardians . They are like the "not so secret" special military forces. They keep the peace and enforce law on one of those planets.
Okay, so now that we have the backdrop we are getting into the meat of the story. On one of the auxiliary planets there was a major theft in one of the mining areas and the overseer goes missing. His son, Jonathan wants to try to find him, so he goes to the place his father was rumored to have gone which is the original planet that was colonized and where the Guardians reside. Jonathan arrives on the planet basically as a fugitive since he used his father's ID because he wasn't supposed to leave his home planet. He gets paired up with a Guardian named Nadira because of his status as a fugitive basically and now someone wants to try to eliminate him.
Nadira, is a no nonsense woman who doesn't have time for games. I liked her. She said exactly what was on her mind and when she spoke, she expected people to obey. She was hesitant to touch others because if they had strong emotions it would effect her and her ability to dispense justice. The stronger the other people's emotions, the more she had to train herself to block it out.
Barriers and Jonathan's relationship and attraction seemed kind of forced. I mean Jonathan seemed as if he were in his late teens instead of his early 30's, while Nadira could have been in her mid 30's to late 40's with the interactions she had with Jonathan and others. I don't think that Nadira would have gone for someone like Jonathan because she was too serious and he was too immature. I just don't know, but something in Nadira's and Jonathan's chemistry didn't balance . The story and the itself was solid, but the romantic undertone just didn't click for me.

I give this story a 3 for the story itself, but the romantic links between the characters needs to be amplified in the next book.
続きを読む
1人のお客様がこれが役に立ったと考えています
違反を報告
レビュー を日本語に翻訳する

Jc
5つ星のうち4.0 A GOOD READ!
2019年12月18日にアメリカ合衆国でレビュー済み
Amazonで購入
I love Jonathan and waiting for his power ;). Now I really need to know what will happen to the other supporting cast. Expecting a lot more from Nadira in book two.
続きを読む
違反を報告
レビュー を日本語に翻訳する

BookDevour
5つ星のうち3.0 fizzled at the end
2014年3月31日にアメリカ合衆国でレビュー済み
Amazonで購入
I love sci-fiction, especially the kind with multicultural characters and this book fit the bill. The beginning is good and interesting, but the book slows down to a crawl by the 56% mark. I was left asking so many questions and bored. The very end is good and Jonathan is cute, but Ilana and Nadira needed some work.
続きを読む
1人のお客様がこれが役に立ったと考えています
違反を報告
レビュー を日本語に翻訳する

Angela
5つ星のうち5.0 Guardian!
2015年11月6日にアメリカ合衆国でレビュー済み
Amazonで購入
I received this audio at no charge from the author/narrator in exchange for an honest and unbiased review.
This story was unique and different than most stories I've listened to. It reminds me of the future like the TV show Continuum, without the time travel and romance. This is also the first story that I've heard written by author Deborah A. Bailey and I was pleased with the journey into the world Deborah has created. I'm not big on writing a huge review because I think it gives too much away for others. I can only tell you it's worth the listen, worth that credit, and I highly recommend you give it a listen. I really enjoyed Jonathan, he's cocky, arrogant, but a descent man all the same. Nadira, well I wasn't so sure about her at first but she grew on me. I was pleased at the changes she made in her life throughout the story. The story has a great storyline, plot, filled with mystery, action, and twists and turns along the way.
Narrator, Kristin James did a wonderful job in her performance. I was able to feel all the emotions as it rolled from her mouth. She makes each and every character come to life as if she is all those characters. She breathed life into this story and brought this story to life. I give this story an overall 5 star rating! I'm looking forward to listening to the next book Burn.
続きを読む
違反を報告
レビュー を日本語に翻訳する

Momto4BookLover
5つ星のうち5.0 Hathor Legacy
2014年1月16日にアメリカ合衆国でレビュー済み
Amazonで購入
There is something intangible about this book that just makes you fall in love with it.

The characters are complex and believable.
I loved Nadira! If you looked up "kick butt heroine" in the dictionary, the description would be about Nadira.
Jon was also good in his own way, but I definitely liked Nadira more. I'm not really sure they fit as a couple....but as we all know, not everyone does!

Hathor is futuristic, but also very believable. The author was able to draw pictures in my mind and now I feel like I myself have been to the plant Hathor.