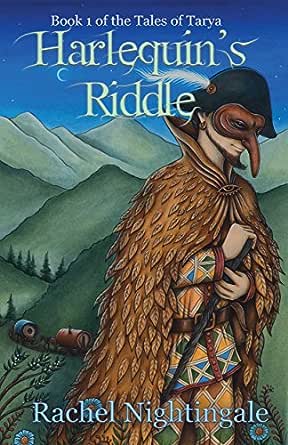 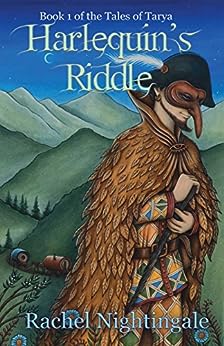 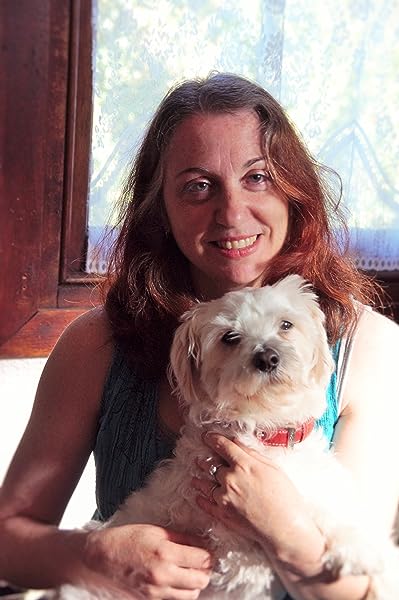 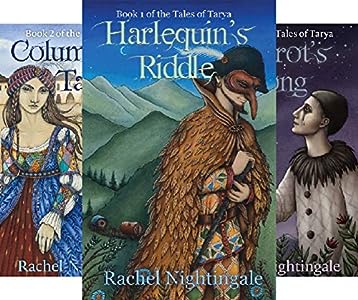 Rachel Nightingale has been writing since the age of eight (early works are safely hidden away). Harlequin's Riddle is her first novel. Rachel holds a Masters degree and PhD in Creative Writing. Her short stories have been selected several times for exhibition as part of the Cancer Council Arts awards, and winning the Mercury Short Story competition (junior section) at the age of 16 only fueled her desire to share her stories with the world. One of her plays, No Sequel, won the People's Choice Award and First Prize at the Eltham Little Theatre's 10 Minute Play competition in 2014, while another, Crime Fiction, was performed at Short and Sweet Manila in 2016. Her second passion after writing is the theatre, and she has been performing in shows and working backstage for a rather long time. She co-wrote and performed in the 2013-2015 version of the hugely popular Murder on the Puffing Billy Express, a 1920s murder mystery set on the iconic Dandenong Ranges train. The inspiration for the Tarya trilogy, which begins with Harlequin's Riddle, began when she read a quote by Broadway actor Alan Cumming about that in-between moment just before you step on stage and enter a different world, and began to wonder what you might find in that place between worlds. --このテキストは、paperback版に関連付けられています。

Woven from shining threads of history, myth and the Commedia dell' Arte, Harlequin's Riddle memorably explores the magic of creativity and the power of story against the background of an intriguing and vividly realised world. -- Sophie Masson

Shell
5つ星のうち5.0 Vivid, beautiful and engrossing tale
2018年11月24日にオーストラリアでレビュー済み
Amazonで購入
The moment I started reading this book I was transported to an amazing new world. The writing was lyrical as it painted the scene and introduced me to Mina, a young girl with a remarkable gift for storytelling that had been silenced for many years. Now, as she joins the troupe of travelling players in hope of finding her missing brother, her gift returns. She is able to bring visions of the world of Tarya to life as she narrates each performance. She also learns that the illusions cast by the players as they transform into different characters have a dark history, one that forces her to question everything she believes.
The story gave an intriguing glimpse into the lives of the travelling players, a behind the scenes view of what happens with each performance that added to my enjoyment. There was laughter, love, anger, grief and even fear as they travelled toward Aurea to perform for the King and Queen. As a former audience member, it felt like I was given a taste of what really happens backstage, and I was as enchanted and then disturbed as Mina delved deeper into the secret world at the heart of the Gazini Players. Each new discovery leads her to question what it was the players did and how it affected others.
I really liked Mina as a main character. She was strong and honest, not willing to let others distort the way she saw herself. Her quest to find her brother means she has to keep part of herself back and makes it hard for her to know who to trust to seek answers. The more she comes to see the players as friend and family, the more she realises one of them has a dangerous secret, one that puts her in danger. Her determination to do what is right sets her on a course that could spell disaster for every player, and forces Mina to take action that could irrevocably change her life.
I really enjoyed this story, being as caught up in the creation of each performance as I was in Mina’s story. The scenery was breathtaking, the description of what Mina sees in Tarya vivid, the lives of the players engrossing. I am looking forward to reading the second book in the series, ‘Columbine’s Tale’, and finding out what Mina does next.

Diane Murray
5つ星のうち5.0 A Journey into the Fantasy of Discovery
2017年7月7日にオーストラリアでレビュー済み
Amazonで購入
I was initially attracted to this book by the name and the cover and even the author’s name – it seems a magical combination of elements for a magical book. I don’t often read in this genre of fiction but I was dragged into the story immediately by the lovey Mina who is leaving her home to find some excitement in the world and change her life by seeking the brother she has lost.
The characters are so warm and real and the descriptions are beautifully crafted. I love how this author uses words to weave the story – every sentence evokes images of wonder and hope as Mina travels on her long journey with the troupe, telling her stories as a way to find out about herself.

I loved this book - it is quite insightful and haunting – I was really touched by the story and by Mina and her companions – her journey is one of hope and I found something of myself in so many aspects of Mina. I loved this story and I’m glad there is another book to come. Congratulations to Rachel Nightingale on a wonderful book and thank you for a wonderful escape into another life.

B. Marshall
5つ星のうち5.0 Charming, vivid, engaging.
2020年3月30日にオーストラリアでレビュー済み
Amazonで購入
I found this charming, vivid and engaging. Nightingale's writing is near flawless, so you're quickly immersed in a world both similar and different to our own. Enough care is given with characterisation for us to care, and the multitude of characters are deftly handled so the reader isn't left wondering 'wait, who is this again?'.

The only negative is turning the last page, and immediately wanting a continuation of the tale, then having to wait. [shrugs] First-world problems. :]

Elizabeth Jane Corbett
5つ星のうち5.0 A rare treat for lovers of fantasy, storytelling and theatre
2017年7月8日にオーストラリアでレビュー済み
Amazonで購入
A delightful, captivating and highly original historical fantasy novel. The evocation of renaissance players give the setting and descriptions of this novel a strong sense of authenticity. The heroine Mina is innocent, gifted, and likable, her journey believable, her decision at the end heart wrenching. I can't wait for the next installment.
続きを読む
2人のお客様がこれが役に立ったと考えています
違反を報告
レビュー を日本語に翻訳する

Sarena
5つ星のうち5.0 Vivid worldbuilding and inspirational storyline
2020年3月29日にオーストラリアでレビュー済み
Amazonで購入
This is a wonderfully written fantasy tale about the essence of creativity, where we draw inspiration from and what we're willing to do with it to reach our goals.

Harlequin's Riddle drew me deeper and deeper into the struggle of Mina and the Gazini players, all embellished with beautifully vivid worldbuilding. I highly recommend it!