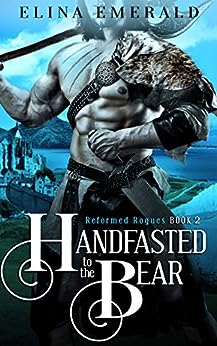 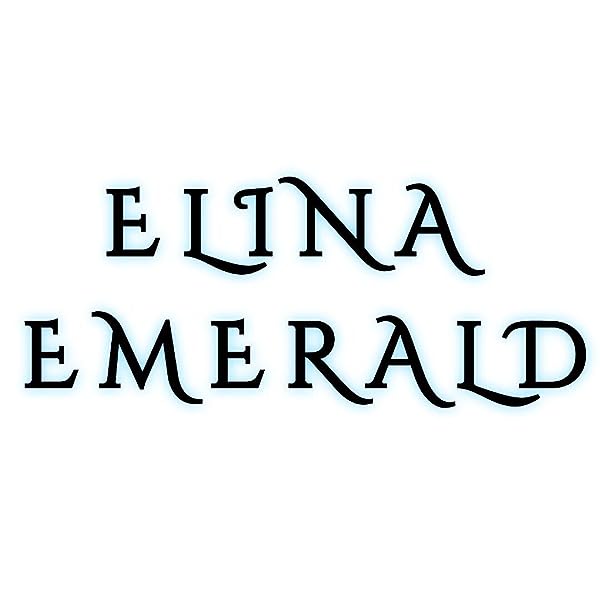 英語版 Elina Emerald (著) 形式: Kindle版
2 巻 (全 3 冊): Reformed Rogues
すべての形式と版を表示
Sorry, there was a problem loading this page. Try again.
Brodie 'The Bear' Fletcher is a ladies' man through and through. A legendary warrior on the battlefield, his conquests in the bedchamber are equally renowned. He is his own man. He belongs to no one. But a trauma from his past has him questioning his life trajectory. As Head Guardsman of the War Band to Chieftain Beiste MacGregor (Book 1), Brodie is often in the company of an infuriating mixed-race bowyer named Orla who challenges him at every turn. With the threat of Viking raiders from the North, Brodie finds himself at the mercy of the very woman who threatens to steal his heart.

Orla 'the Orphan' has loved Brodie Fletcher for as long as she can remember, but he never once noticed her. Abandoned on the doorstep of ‘Morag the Oracle’ she was raised with the MacGregor clan. A master huntress and trusted advisor to the chieftain’s wife, Orla is a constant thorn in Brodie’s side, with her razor-sharp wit and waspish tongue. Everything changes when Jarls from the North stake their claim.

They will all discover firsthand what happens when you poke the Bear. 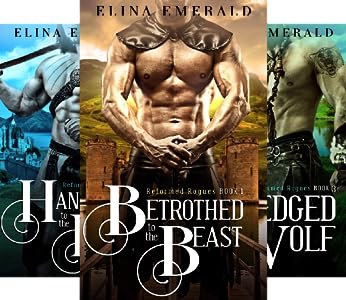 Born in the South Pacific, Elina Emerald grew up in a small Australian country town. After graduating from University, she embarked on a short-lived legal career before writing love songs and touring with an indie band. She travelled the world and developed a penchant for researching medieval world history. She now writes Romantic Suspense in Historical, Contemporary and Sci-fantasy genres.

Colleen
5つ星のうち5.0 Just as enjoyable as Book 1 in this series
2021年10月17日にオーストラリアでレビュー済み
Amazonで購入
I am very pleased that the next book in the Reformed Rogues series is as enjoyable as the first. The story flows along at an even pace and once again all the elements are well balanced. The strong links to the first story keep all the original characters actively involved as this saga continues and builds to an exciting climax and once again I am ready to jump to the next installment.
続きを読む
違反を報告する
レビュー を日本語に翻訳する

Vic
5つ星のうち5.0 Throughly enjoyable read
2020年11月5日にカナダでレビュー済み
Amazonで購入
This was, like the previous book " Betrothed to the Beast", a thoroughly enjoyable read for lovers of historical romance..just the thing to take one's mind off the stresses of these days !
続きを読む
違反を報告する
レビュー を日本語に翻訳する

Kindle Customer
5つ星のうち5.0 History in the making
2021年3月29日にアメリカ合衆国でレビュー済み
Amazonで購入
A confused Orla loves an even more confused Brodie, the Bear. Brodie has things to work through because of his abusive father before he realizes his love for Orla. He is a good man and has many friends that support him. Orla is an orphan and has been raised by Morag, although before that she has others who took her in. Neither of their lives were easy. At one point Orla is attacked. That is when Brodie, the Bear steps up. It was so amusing when he tells Orla they are getting married so he can protect her. Orla is her own woman. She didn't want to marry a man just to be protected. The story is really amazing with historical figures coming to life in a way that surprises both Orla and Brodie. Orla finds out about her family. There are mysteries that are uncovered. Brodie loves Orla. He can't help that he is the protective Bear that he is. I was on the edge of my seat in many places. You will love this book.
続きを読む
6人のお客様がこれが役に立ったと考えています
違反を報告する
レビュー を日本語に翻訳する

Ivy D.
5つ星のうち2.0 Quick(ish) Review
2021年10月7日にアメリカ合衆国でレビュー済み
Amazonで購入
Series Overview: I really, really wish this had been a fantasy or paranormal. It’s the reason I grabbed the three books because I was all “hey POC author, it’s talking about wolves and bears, and count me in!” That’ll teach me about buying a whole series right off the bat....ok, probably not, I’m a book hoarder, so unlikely. #sorrynotsorry But onto this review.

Now you may think by my rating that I wasn’t a fan, and there’s A LOT that didn’t work for me, but I didn’t hate it, and I think there’s potential here. My problem is this author is clearly rough early stages as far as writing skills are concerned. Imagination is here, but the need for some real professional editing is clear. It’s like the soul is willing but the flesh is ...not ready for prime time, you know?

This entire series reads more like movie treatments (except in past tense) rather than novels. The punctuation and grammar are frankly, atrocious. The dialogue has potential, but the books lack dimension because it’s not a narrative you can lose yourself in - you’re being told the story not really experiencing it. You know, it’s a lot of telling and not enough showing. The author is upfront with the fact that this isn’t historically accurate in the blurb, so I’m not holding it against her but when you don’t even really know how to pronounce one of your MC’s names....generally, not a good sign. I don’t want to keep piling on but it’s a not so much a bad idea as bad execution.

Bottom Line: It’s a mess but there’s something here, it need a professional to help fix the major story problems. Had this been some alternate universe where she could set the rules, she would have been better off because this author has the imagination for it, just maybe not the writing chops at this point.