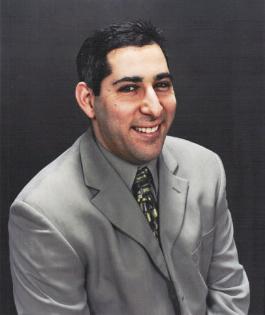 "Each project is meticulously described…I have to take my hat off to the authors for their ingenuity." (Northern Echo, August 2006)

Chieh Cheng has a Computer Science degree and is currently a Senior Software Engineer developing radiation medicine control systems for cancer treatment. He is an avid photographer who has won photo contests and had pictures published in magazines. Hacking cameras is one of his many long-term hobbies. He created and has maintained the Camera Hacker web site (www.CameraHacker.com) since its inception in 1998. The web site includes forums and articles on camera hacking projects, practical photography tips, and photographic equipment reviews.

Auri Rahimzadeh has been tinkering with computers ever since he was six years old and loves all technology. Auri collects computers and has been involved with many computer projects, including teaching computers alongside Steve Wozniak, co-founder of Apple Computer. Auri is the author of the book Geek My Ride, also published by Wiley in their ExtremeTech series. He has written hundreds of articles on various computer technologies, and has contributed to many standards, including HDTV, DVD, and interactive television. Auri contributes to computer education for students across the country and has promoted technology awareness through the Indianapolis Computer Society, where he has served as president for three years. Currently, Auri runs his own IT consulting firm, The Auri Group (TAG), and spends his free time programming, chatting in Starbucks, and going to Pacers games (Go Pacers!).

Charles Hall
5つ星のうち4.0 Some parts dated, but mostly still relevant
2013年7月8日にアメリカ合衆国でレビュー済み
Amazonで購入
Reading this book in 2013 I found some of information, hopelessly dated, but overall this is still an excellent reference. The authors take great care to explain thoroughly and slowly what they're doing. This is especially evident in the early projects requiring soldering where they explain proper soldering technique, resistor color coding, etc. This attention to detail extends to telling you how to clean a piece of glass later in the book! But there's no needless repetition and the electrical projects get more challenging as the book progresses.

But it's not all electrical hacks, these guys are disassembling lenses, gluing filter adapters on point & shoot cameras and making their own filters. I've never seen a book with such fearless authors. They'll seemingly take apart any camera, any lens, MP3 player, or whatever to see what they can hack.

If you've ever wanted to take your camera apart, this book should be an inspiration. Although my one caveat is that even in the few years since it was published I think camera's have gotten significantly more intricate, to the point that I don't think you can take one apart and do any soldering to anything these days.
I enjoyed this book immensely and I learned a lot. I can't think of another book I've seen that goes this deeply into the workings of modern cameras.
続きを読む
違反を報告
レビュー を日本語に翻訳する

John Sturgeon
5つ星のうち3.0 Fairly challenging book, camera tinkering on a budget, but a bit dated.
2012年5月11日にアメリカ合衆国でレビュー済み
Amazonで購入
I did have some expectations for this book, but for me personally it didn't live up to them very well. It is a long, mixed, camera tinkering "how to" book that is pretty detailed, certainly, easy in some places and fairly challenging in others. Some of the information, especially about infrared conversions is very useful and current. Some of the chapters actually get into some pretty high-level stuff that I think would simply be over the heads of many readers, admittedly me included. But other information is just mundane, some of it is pretty outdated, and in some places the book can also be a bit confusing and even tedious.

A lot of it still deals with converting film cameras. ( Despite the title, and being written in 2005, no less, it still goes on and on about converting infrared film cameras, and about where to buy "scarcer" infrared film and have it processed, even though digital infrared technology is already conceded in the book as being clearly superior. OK, whatever... ) Even the use of the term "hacking" is a bit misleading here, since it also describes things like "how to attach an external filter to your lens."

One way involves using epoxy to glue a threaded ring onto the camera, doing a similar thing to a short piece of PVC pipe on both ends, screwing a filter onto it and slipping that assembly over the lens, which is interesting - and useful perhaps if you don't ever plan on a resale of your newly-stylish, PVC-piped camera (which of course you can also show off to all of your friends, too, if you feel brave) - but I wouldn't exactly describe that sort of thing as "hacking a camera." Tinkering on a budget, yes, but not really hacking. There are some other suggestions, too.

There are 519 pages of this kind of stuff, ranging widely from the arcane and complex to the tediously mundane. It is hard to characterize this book fairly. It is a mixed batch of information that is both too simple and too advanced at the same time. But even wading through all of that, much of the digital camera information is unfortunately just a bit dated at this point.

For example, I bought this book specifically because it claimed it would show you how to convert a digital camera to be able to use an external battery pack. I am specifically interested to learn how to convert a proprietary-battery camera to be able to run on much cheaper, standardized, rechargeable AA batteries. (I am a bit of a camera "survivalist," and I think in the coming years it will be important to be able to continue to run scarcer items on simpler forms of power like standardized, rechargeable AA batteries.) Well, it does show you how to build the battery pack (not much to it except solder together a couple of wires to some parts you can easily buy at Radio Shack,) but THEN it makes the assumption that the original camera just "runs on AA batteries already."

What if it runs on the newer-style proprietary batteries? ( The author calls them "specialized" batteries back in 2005, ...quaint... ) Well, in that case there is a side note to help you out as follows:

Page 99: "NOTE: It's also possible to interface to digital cameras that use specialized batteries, though it would take more work on your part because you would have to disassemble the camera to find the power cables."

That's all is says. No photos, no diagrams, not even any words explaining how to find the power cables, what they might look like, or what to do with them once you do find them. You are on your own to figure out the rest of it. Well, that's not really very much help for anyone trying to modify virtually any point-and-shoot digital camera sold on the market today. In effect that entire chapter is rendered pretty well useless by the lack of the inclusion of that one critical piece of information, because without it there is no way for you to follow any of the other steps carefully described and try it out yourself.

If you decide to buy this book, please keep in mind that the author just assumes that the camera you will be "hacking" into runs on AA batteries, is possibly also a film camera - not digital, and nothing that has happened to digital camera technology since 2005 is going to be discussed here at all. Take it from there, and you can easily figure out which types of camera model "examples" you will be studying to try to figure out how to hack into your own digital camera to make modifications to it in the present time.

The book does have some very good, solid, useful information in it. I'll agree with that. It's not a bad place to start, and this type of information is scarce to come by. I know because I have searched for it myself. It is not something that the camera companies just give out. So in certain places it could be a very intriguing read for certain types of people.

Probably the best aspect of this book, however, is that regardless of anything else all of this is explained for someone who needs to tinker with things - if at all - only on a serious budget. It is not the Rich Man's Guide to camera modifications by any means. So in that respect it is really a pretty interesting and even a pretty challenging read.

I am somewhat satisfied with the book, and personally I will keep it and study it more. But this book is only for a pretty specialized audience. Fundamentally, many of the concepts in the book could be very useful to anyone interested in how cameras work and how to make certain kinds of modifications to them. On the other hand, if you already know that kind of information, then this book would probably be a bit too basic for you. In any case you will still probably have to update much of the information you learn from it first before you can actually apply it to your own digital camera. It is already (2012) a bit dated, and in my opinion it really is in serious need of a revised edition to bring it current.
続きを読む
4人のお客様がこれが役に立ったと考えています
違反を報告
レビュー を日本語に翻訳する

D. Kerr
5つ星のうち3.0 Book
2014年4月28日にアメリカ合衆国でレビュー済み
Amazonで購入
It was OK but I did not learn anything that I could use in my everyday life. I wasn't sorry that I bought it but I wouldn't buy it again if I knew what I know now.
続きを読む
違反を報告
レビュー を日本語に翻訳する

Oz Hack
5つ星のうち3.0 good but not great
2010年5月9日にアメリカ合衆国でレビュー済み
Amazonで購入
I had no great expectation of this book but hoped it would have useful ideas. In reality it didn't have much that I hadn't already tried myself. If you are an absolute beginner to hacking things this could be useful, but if you've modded even one camera you've probably passed it by. Good for beginners. Maybe a more advanced edition could be written?
続きを読む
1人のお客様がこれが役に立ったと考えています
違反を報告
レビュー を日本語に翻訳する