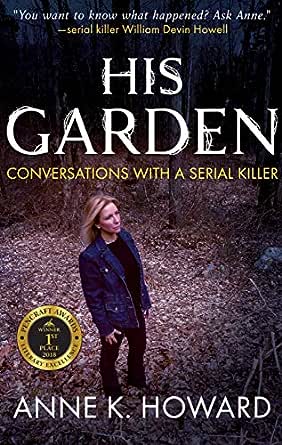 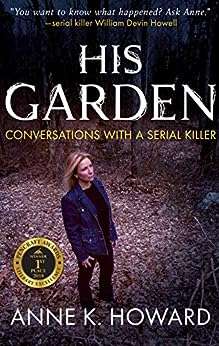 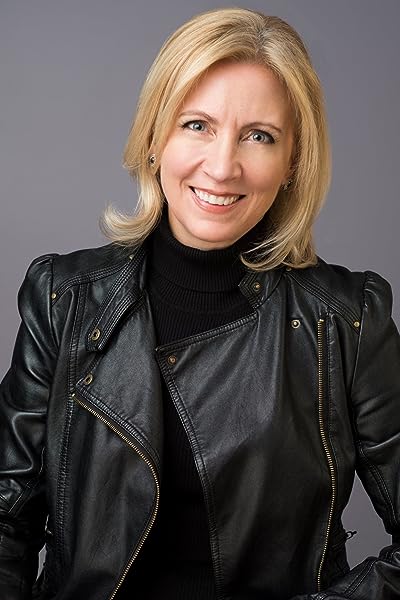 HIS GARDEN: Conversations With A Serial Killer (English Edition) Kindle版

A monster was on a killing spree. In just nine months, seven people went missing; all of their bodies eventually discovered in a wooded lot behind a suburban strip mall. But the investigation that led law enforcement to their suspect, William Devin Howell, is only part of the story behind HIS GARDEN: Conversations With A Serial Killer.

A practicing attorney, author Anne K. Howard first contacted Howell while he was serving a fifteen-year sentence for the murder of one of his seven victims. He was about to be charged for the remaining six murders. A unique and disturbing friendship between the two began, comprised of written correspondence, face-to-face prison visits and recorded phone calls. Howell, who had been unwilling to speak to any members of the media, came to trust Howard.

In the years that follow, the suspect shared his troubled history with Howard but refused to discuss the charges against him, promising only to tell her everything when the case was over.

That time has come.

HIS GARDEN probes the complicated and conflicted mind of William Devin Howell--Connecticut’s most prolific serial killer. Both sacred and profane in its narrative style, the story on these pages explores the eternal question of human evil and its impact on others, including the woman he chose to hear his horrific confession.

"Howard skillfully blends true crime procedural into her personal journey as she gets to know the serial killer being investigated. This disturbing tale unfolds through her eyes as she learns the shadow side of the case facts from the killer himself. Fans of true crime should not miss this one!" - Katherine Ramsland, Ph.D., author of Confession of a Serial Killer: The Untold Story of Dennis Rader, the BTK Killer.

P. A. Ogilvie
5つ星のうち5.0 Chilling and Thought Provoking
2018年7月12日 - (Amazon.com)
Amazonで購入
I’ve read hundreds of true crime books. This one stands out partly because Howell’s crimes are so horrifying, but mostly because of the raw honesty and strong narrative voice of the author. Howard got to know William Devin Howell through a series of letters and prison visits, and managed to get him to trust and confide in her. He confessed things to her that he never told his attorneys or the police. This is rare. In my experience killers rarely like to talk to authors, and when they do it’s often to recite the gnarliest details of their crimes for shock value and attention. That’s not what happened here. Howard actually developed a “friendship” with Howell. He told her things because she offered him a listening ear. I put friendship in quotes because I don’t want to give the impression that she’s under any illusions about what he is. She knows he’s a monster, and she reserves the lion’s share of compassion for his victims and their families. But she seems to also have a bit of compassion for the person Howell could have been if he’d gone another way, made a different choice. It’s a fascinating read and I couldn’t put it down. She’s a terrific writer.
続きを読む
34人のお客様がこれが役に立ったと考えています
レビュー を日本語に翻訳する

Jeanne LeCuyer
5つ星のうち5.0 Fascinating journey into a serial killers mind
2018年7月23日 - (Amazon.com)
Amazonで購入
Fascinating book about an author that befriends a serial killer to write his story. Anne Howard is able to paint a picture of Howell as a man that is kind and hard working; a monster lurks within him. This was not a quick friendship that she developed with Howell. Howard had to be clever in her correspondence with Howell as to not show how his psyche could be repulsive. Showing her feelings would certainly have deterred him from sharing his inner thoughts

Appreciated that she had conversations with the victims family. I liked that the author revealed that the victims were much more than drug addicted prostitutes. They were humans that were valued even if Howell preferred not to see that.

Anne Howard shared this story with Howell prior to publishing this book. He had the opportunity to review what she wrote and I liked the fact that she was open minded enough to review and acknowledge his critiques and share them with the reader.

I would highly recommend this book.

Mark Pinti
5つ星のうち5.0 No sympathy for this devil.
2018年8月26日 - (Amazon.com)
Amazonで購入
Anne Howard began researching a serial rapist-killer expecting to find a monster. She did. When she met William Devin Howell he was in a Connecticut prison awaiting trial for a series of gruesome killings, after having already been convicted of the murder of a woman he had known through the seedy world of drugs and prostitution. Ms. Howard took me on a journey into the mind and psyche of this individual, and although she developed a type of friendship and empathy for him, I did not. Nor, do I believe, Ms. Howard was attempting to make me and other readers sympathetic to this guy. She developed a disturbing profile into the mind of Howell, while at the same time allowing the reader to delve into her emotional wrestling match with the good/evil dichotomy. True crime stories can be compelling or boring. This was no boring story. After reading it I realized that I learned as much about the conflicts and moral questions of Anne Howard as I had of Howell. What is it like to come face to face with a person who killed at least seven people, torturing and raping most of them? How does a person go home after listening to these confessions and carry on with everyday life? Ms. Howard gives us a glimpse at her personal struggles with dealing with hearing descriptions of these atrocities. She shares some of her personal challenges - continuing to carry on a busy career as an attorney, helping her husband through serious health problems. The journey was compelling and I won't forget it soon.
続きを読む
13人のお客様がこれが役に立ったと考えています
レビュー を日本語に翻訳する

Amazon Customer
5つ星のうち5.0 Honest
2018年8月10日 - (Amazon.com)
Amazonで購入
I chose this book because I had done a great deal of research on serial killers during my studies in Criminal Justice in college. I found Anne to be honest in her own words, as well as sharing Bill's truths. I like that she gave him the opportunity to share his perceptions of his acts. He sounds like an enigma and his story relates that all serial killers do not fit in a specific box. I completely understand why Anne genuinely likes Bill and has become his friend. Her boundaries with him seemed healthy. I hope they remain friends. I LOVED this book. It was entertaining and easy to read.
続きを読む
9人のお客様がこれが役に立ったと考えています
レビュー を日本語に翻訳する

Red to Gray
5つ星のうち4.0 Slow moving
2019年1月27日 - (Amazon.com)
Amazonで購入
I like to read true stories and I feel the writer had a lot on their plate when they wrote this book about Bill., the serial killer. All in all it was interesting and the thoughts that the author shared were some of the ones I would think of too. I felt the story dragged a little bit too much at times. I did like the short chapters so that I could put the book down. It wasn't a have to find out what happens next type of book. Some of the graphics were not as bad as I have read in some books, but I feel that they might have given me some bad dreams. Thank you for trying to figure this guy out. I don't think anyone really knows what makes a person do these types of things.
続きを読む
5人のお客様がこれが役に立ったと考えています
レビュー を日本語に翻訳する
Amazon.comのカスタマーレビューを見る(102) 5つ星のうち4.4
click to open popover
Amazonプライム会員ならお急ぎ便、日時指定便が使い放題
さらに、映画もTV番組も見放題。200万曲が聴き放題 。クラウドに好きなだけ写真も保存可能。
> プライムを無料で試す