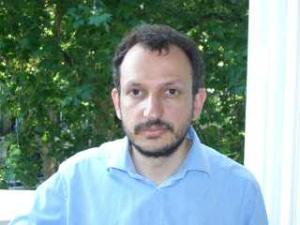 "The authors of this book have led a revolution in the craft of programming by controlling the environment in which software grows.” --Ward Cunningham

“At last, a book suffused with code that exposes the deep symbiosis between TDD and OOD. This one's a keeper.” --Robert C. Martin

“If you want to be an expert in the state of the art in TDD, you need to understand the ideas in this book.”--Michael Feathers

Test-Driven Development (TDD) is now an established technique for delivering better software faster. TDD is based on a simple idea: Write tests for your code before you write the code itself. However, this "simple" idea takes skill and judgment to do well. Now there's a practical guide to TDD that takes you beyond the basic concepts. Drawing on a decade of experience building real-world systems, two TDD pioneers show how to let tests guide your development and “grow” software that is coherent, reliable, and maintainable.

Steve Freeman and Nat Pryce describe the processes they use, the design principles they strive to achieve, and some of the tools that help them get the job done. Through an extended worked example, you’ll learn how TDD works at multiple levels, using tests to drive the features and the object-oriented structure of the code, and using Mock Objects to discover and then describe relationships between objects. Along the way, the book systematically addresses challenges that development teams encounter with TDD--from integrating TDD into your processes to testing your most difficult features. Coverage includes

•   Implementing TDD effectively: getting started, and maintaining your momentum

•   Understanding how TDD, Mock Objects, and Object-Oriented Design come together

in the context of a real software development project

Steve Freeman is an independent consultant specializing in Agile software development. A founder member of the London Extreme Tuesday Club, he was chair of the first XPDay and is a frequent organizer and presenter at international conferences. Steve has worked in a variety of organizations, from writing shrink-wrap software for IBM, to prototyping for major research laboratories. Steve has a Ph.D. from Cambridge University, and degrees in statistics and music. Steve is based in London, UK.

Nat Pryce has worked as a programmer, architect, trainer, and consultant in a variety of industries, including sports reportage, marketing communications, retail, telecoms, and finance. With a Ph.D. from Imperial College London, he has also worked on research projects and does occasional university teaching. An early adopter of Extreme Programming, he has written or contributed to several open source libraries that support Test Driven Development. He was one of the founding organizers of the London XPDay and regularly presents at international conferences. Nat is based in London, UK.

Freeman and Pryce were joint winners of the 2006 Agile Alliance Gordon Pask award.

Serge Medvedev
5つ星のうち5.0 Great book that's shedding light on TDD Evolution
2015年12月30日 - (Amazon.com)
形式: ペーパーバックAmazonで購入
If you've always been wondering how...
- to apply TDD for designing not only small pieces of functionality but entire features, too,
- to connect all those little pieces developed in TDD micro-cycles together,
- to take ultimate advantage of Mock Objects usage and to know their unique place among other Test Doubles,
- to test-drive "difficult" code such as multi-threaded or DB-related one,
... then this book is for you.
Finally, there is something that doesn't just say that TDD is as easy as "Red-Green-Refactor" but describes the Big Picture instead.
I do recommend this book for those who have already read some stuff on the topic but still have some questions unanswered.

vsharkey
5つ星のうち4.0 Essential reading for OO software developers
2015年10月24日 - (Amazon.com)
形式: ペーパーバックAmazonで購入
GOOS is a revealing walk through the construction of an online bidding system. The authors demonstrate how to evolve meaningful object design during the development process, as opposed to deriving simplistic and static designs by identifying the nouns and verbs in use cases as described in earlier OO books. Throughout the book the reader is guided through a powerful approach to test-first development.

The only reason I did not give this book five stars is that some of the frameworks the authors used are no longer available or are obsolete. This makes it nearly impossible to build the system along with the authors.
続きを読む
6人のお客様がこれが役に立ったと考えています
レビュー を日本語に翻訳する

Bas Vodde
5つ星のうち5.0 Excellent TDD book for actual practitioners
2010年1月14日 - (Amazon.com)
形式: ペーパーバックAmazonで購入
This book has been in my Amazon pre-ordered list for quite a while and I was looking forward to this. I found the title alone already excellent. Steven and Nat (authors of jMock) are well known expert TDD practitioners, so I was looking forward to what they had to say. The book was better than I had expected.

The book consists of 5 parts. The first part of a very quick introduction to TDD and jMock. The second part discusses the tdd cycle in more detail. The third part (150 pages) is a very large example of growing a piece of software. The fourth part discusses topics on how to sustain TDD and the last part covers some advanced topics.

In this review, I'll skip part 1 as it was short and nothing special. Part two covers the TDD cycle and the link to evolutionary design. Steve and Nat have a design style that focuses almost purely on the interactions between classes which are most frequently tested using expectations on mock objects (which, as authors of jMock, they have lots of experience with). Most notable from part 2, for me, were the classifications of objects that they used, the strong focus on interaction and mocking (more than I usually have when test-driving) and their lack of focus on classes but focus on roles and responsibilities. Nat and Steve clarify their thinking exceptionally well which makes it all easy to understand.

Part 3 takes the largest part of the book, which is where they test-drive an AuctionSniper application. It is a small application, but large for a book example. The authors show how they gradually build up the application by adding one test at the time and how they gained insights during this process which made them adjust their design. I had mixed feelings about this part as a book didn't seem like the best medium for doing this, but still I appreciate the insights they had and also their attempt to make it as close to "real world" as possible.

Writing tests is one thing, maintaining them in another. Part 4 discusses how to make the tests maintainable and the tdd cycle sustainable. Personally, I found this part very insightful and the authors discipline exemplar. The authors start of with different test smells and what to do about it. They then discuss readability of the tests and of the error messages and spend some time of test object creation. Most notable from that part (for me) was their focus on using builders for creating test data, rather than object mothers.

The final part covers three (or actually two!) advanced topics. First is testing persistence where most interesting was how the authors seemed to prefer to "go all the way" whereas the common advise (for test speed) is to rollback and mock more. (this was actually a common theme in their book). The last two chapters deal with multi-threading and async code. I was unclear why these were separated in two chapters and they they were in this particular order. The content was excellent though, except that I missed some typical design guidelines related to multi-threading design. It almost felt they were in a hurry to write the last two chapters...

Anyways, in conclusion, this will definitively be one of my favorite (if not the favorite) TDD books and general design books. Steven and Nat did a wonderful job on this one. Though the book is not perfect, I enjoyed it thoroughly. A definite recommendation for anyone interested in modern design and TDD.
続きを読む
54人のお客様がこれが役に立ったと考えています
レビュー を日本語に翻訳する

Amit Tiwari
5つ星のうち4.0 One of the best book on TDD
2018年8月21日 - (Amazon.com)
Amazonで購入
This book covers the practice ways to apply TDD to project development. Techniques introduced in this book are very useful for developer looking to learn TDD.
続きを読む
1人のお客様がこれが役に立ったと考えています
レビュー を日本語に翻訳する

Cliente Amazon
5つ星のうち4.0 Enjoyable and informative
2019年1月17日 - (Amazon.com)
Amazonで購入
I enjoyed this book. The code samples are thorough and well explained. The principles in it are carefully unpacked and, whenever possible, illustrated. The authors not only are experienced software developers and but also pretty good communicators.
続きを読む
1人のお客様がこれが役に立ったと考えています
レビュー を日本語に翻訳する
Amazon.comのカスタマーレビューを見る(49) 5つ星のうち4.2
Amazonプライム会員ならお急ぎ便、日時指定便が使い放題
さらに、映画もTV番組も見放題。200万曲が聴き放題 。クラウドに好きなだけ写真も保存可能。
> プライムを無料で試す