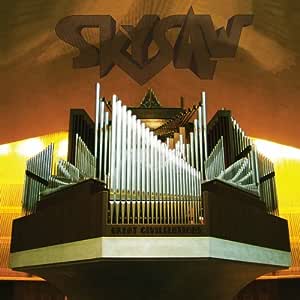 SKYSAW, featuring acclaimed drummer Jimmy Chamberlin, DC-based singer Mike Reina and guitarist Anthony Pirog formed in 2009 under the recommendation of mutual friends, and the group members have since been writing and recording songs through a cross-country collaboration.

Jimmy Chamberlin is known to music fans around the world as the virtuoso behind the drum kit with such venerated acts as Smashing Pumpkins, Zwan and The Jimmy Chamberlin Complex. Reina and Pirog were writing cohorts in the much-loved Fairfax, VA-based group, The Jackfields, whose Pink Floyd-meets- Beach Boys psychedelia was widely lauded.

These three musicians of SKYSAW have now created brilliant, tuneful and whip-smart pop music that can loosely be described with words like "progressive" and "symphonic," while at the same time deserving their own category