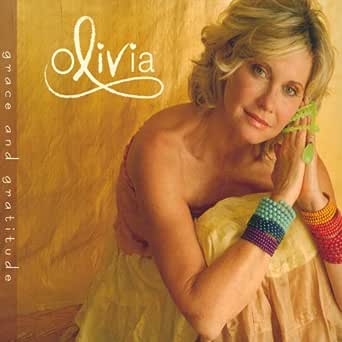 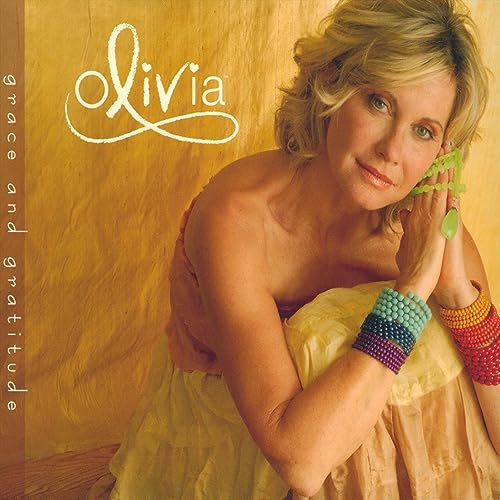 J. Blease
5つ星のうち5.0 I love this cd
2013年4月17日に英国でレビュー済み
Amazonで購入
I've always loved Olivia Newton-John. She has had different styles as she has grown and gone through lifes experiences - from Country to pop to hot to spiritual. This is one of her spiritual CD's and if you are a fan of Olivia's you will appreciate this collection which comes from the heart. I find the CD to be very relaxing and having gone through a difficult time myself I use this CD to relax - just lie down and listen - so relaxing - no breaks between songs, just interludes which adds to the relaxation. One of my all time favorite CD's.
続きを読む
1人のお客様がこれが役に立ったと考えています
役に立った
フィードバックを送信中...
フィードバックをお寄せいただきありがとうございます。
申し訳ありませんが、お客様の投票の記録に失敗しました。もう一度試してください。
違反を報告
レビュー を日本語に翻訳する

Louis
5つ星のうち5.0 Pearls on a chain
2007年4月14日にカナダでレビュー済み
Amazonで購入
Who could forget Olivia Newton-John ? While her albums have stopped selling huge numbers since the late 80s, this instantly recognizable singer has earned a special place in the hearts of pop music lovers all over the world. And with a three-decade career that covered all the right bases, two dozens of hit singles under her belt, hit movies to her credit and concerts that keep selling out to this day, she has managed to hold on to that special place. Anyone who has kept a close eye on her career knows that the woman who once shocked mormons with her mildly kinky "Physical" monster hit single, evolved into a world-concerned artist over the years. She may have peaked commercially after that smash song, but it allowed her to evolve greatly as an artist. Subsequent albums such as "The rumour" tackled social and environmental issues, the sadly underrated "Gaia - One woman's journey" was an achingly personal diary of her fight with breast cancer in the early 90s, set over atmospheric arrangements and inventive production, and last year's "Stronger than before" was a survivor's take on the challenges of life. "Grace and gratitude", although released more than a decade after "Gaia", could be considered as its follow-up (although Olivia released quite a few albums in between). It is an album aimed at the soul that Olivia has labelled as an album for meditation and healing. Sounds tacky and new-age-ish ? Better think again - gorgeous music is gorgeous music, bottom line - and this album is gorgeous, and yet another stunning testimony to Olivia's artistic evolution.

"Grace and gratitude" is comprised of ten vocal songs, linked together by musical interludes. This creates a lovely continuity throughout the album, which leaves the listener with the feeling of having been wrapped inside a warm blanket; in fact, the opening vocal track ("Pearls on a chain") is an apt description of an album that is tied together in a beauty too rarely found in today's pop music. The songs (mostly co-written by Olivia and canadian artist Amy Sky) are obviously quiet ballads, tastefully arranged and certainly not too out-of-this-world to be enjoyed for what they are. The titles of the songs unveil the preoccupations of its maker; "Learn to love yourself", "Love is letting go of fear", "Instrument of peace", "Let go let God", "The power of now" and the title track are just a few examples of what Olivia had in mind. The instrumentals that bind the songs together are equally as lovely, and greatly contribute to the serene atmosphere of the album.

While some people may find the album a bit too quiet and spacey as a concept, anyone looking for spiritual music that touches the soul will enjoy this collection of songs.
続きを読む
9人のお客様がこれが役に立ったと考えています
役に立った
フィードバックを送信中...
フィードバックをお寄せいただきありがとうございます。
申し訳ありませんが、お客様の投票の記録に失敗しました。もう一度試してください。
違反を報告
レビュー を日本語に翻訳する

Besonders schön finde ich die Titel:
"Pearls on a chain"
"Learn to love yourself"
"Grace and gratitude"
"The power of now"
"Instrument of peace"

Richard B. Harrold
5つ星のうち5.0 Simply the beat
2007年9月8日に英国でレビュー済み
Amazonで購入
This is without doubt Olivia's best album to date. In a word it is simply beautiful and a must have for all her fans. The vocals are fresh and the music uplifting. It is such a pity that few people in the UK will ever hear this truly wonderful album. Thanks Olivia - you're still the best
続きを読む
4人のお客様がこれが役に立ったと考えています
役に立った
フィードバックを送信中...
フィードバックをお寄せいただきありがとうございます。
申し訳ありませんが、お客様の投票の記録に失敗しました。もう一度試してください。
違反を報告
レビュー を日本語に翻訳する
すべてのレビューを参照します