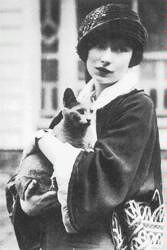 Literature_lover
5つ星のうち5.0 Underrated
2018年7月1日に英国でレビュー済み
Amazonで購入
I bought this book primarily because I am a huge fan of the film. To be honest, I wasn't expecting to be bowled over and sort of imagined a Mills Boon/Jilly Cooper type read - entertaining but not particularly substantial. Well, I was wrong. For context, my usual novels of choice are classics so I was pleasantly surprised to find this wouldn't be completely out of one with those.

First clue is this book actually won the Pultizer Prize - so whilst it's not seen as 'serious' writing in our time, it was considered a masterpiece back in the day, the great American novel, etc. Yes, times were different then but I find it slightly sad that the book's reputation has fallen somewhat. Whilst it probably not 'top tier' next to the greats of Fitzgerald, Salinger, Dickens and so on, it's not a million miles away and to be honest, far better written than a lot of highly acclaimed novels today.

To get over the inevitable - yes the book is racist. The KKK do feature but they are not seem as wholly positive - while some characters are in favour, interestingly our heroine and hero do not think highly of them. Yes, the n word is used and whenever a black person speaks their speech is rendered phonetic which is derogatory (as it's not done for the white people who would also be speaking with an accent). (Although, interesting I believe Bronte does a similar thing in Wuthering Heights with the servants speaking in a phonetic manner and the main characters not and this hasn't received as much comment.)

Racist comments are made about the appearance of some blacks and there are some 'whitewashing' statements around how 'good' black slaves actually like being slaves and would never leave their masters, and the North has corrupted them etc etc. All of this is of course offensive and wrong. However, should we claim a book is 'bad' or ban it or not read it just because we disagree with some of the things it says? Whilst not a defence of these ideals at all, this book was written in a different time (far before the Civil Rights movement) and set in a time even more different (when black people were still 'property'). The ideas represented by the characters and the author themselves are (sadly) indicative of common opinion of the time, and whilst they are wrong and would not and should not be tolerated today, arguably you could not set the book during this period without giving voice to some of these opinions.

As for the writing itself, I found it well written and highly entertaining. Fans of the film will enjoy it I think, on the whole it sticks remarkably close to the plot of the film (even some speech is the same in the film!), although notably Scarlett's first two children are not present in the film (but I think this was the right decision as I don't think they add much in the book to be honest). Yes, the book does drag in some places but saying that a lot of the content is relevant and I think you could probably only cut it down 50-100 pages or so without losing a lot of meaningful writing and events for the characters, which for a book this long I think is quite good.

The characters are all 'real' and fleshed out, with the exception of the annoying Ashley (and the slaves as to be expected, unfortunately). He is slightly ridiculous but this is somewhat forgiven as I think he's meant to be. Rhett is somewhat darker in the book than the film, and some say that Scarlett is as well although actually I find the book makes her somewhat more human as we are privy to her inner thoughts and deep down she is a 'good' character and does a lot of 'bad' things for the right reasons.

Overall, if you're a fan of the film or interested in a fiction of the American south/Civil War this is worth a read. The plot is cracking and whips along, covering a span of twenty odd years and many dramatic events. For a long novel I got through it relatively quickly as it is very readable and highly entertaining.
続きを読む
55人のお客様がこれが役に立ったと考えています
違反を報告
レビュー を日本語に翻訳する

William R. Woods
5つ星のうち5.0 A really great novel
2020年2月14日に英国でレビュー済み
Amazonで購入
This is the 3rd time I have read what is a highly complex work which is set against the backdrop of the American Civil War, told from the point of view of the civilians of the southern states. Written by a woman in the 1930s the main theme is how the central character starts as a totally selfish 16 year old female & traces her journey to self- knowledge. But it also includes brilliant passages describing a wide range of topics, from the beauty of the countryside to the grief of those learning of the death of friends & relatives at Gettysburg.
It is very frank about the attitudes of the whites towards the blacks on which the easy lifestyle of the rich was based though the two chief male characters, who are very different, both realise that the system could not & should not continue.
But if you what you want is a gripping read don't let these comments put you off!
続きを読む
10人のお客様がこれが役に立ったと考えています
違反を報告
レビュー を日本語に翻訳する

Ryan D.
5つ星のうち5.0 Mitchell's Scarlett O' Hara is still breaking hearts, 80 years later...
2018年3月17日に英国でレビュー済み
Amazonで購入
This book is remarkably long and has a rep for being "racist women's fiction". I started reading it as it has the status of being a "classic" and expected to maybe get through a hundred pages or so before putting it down and never touching it again.
Wrong.
I read the whole book and I can now understand why it's one of the most popular books of all time! The love story was not my cup of tea, but I still wanted to know how Scarlett O' Hara will end up in the end. Not to mention... Scarlett O' Hara, what a lady!
Mitchell is a brilliant writer. Give this timeless classic a shot and I bet you'll agree with me.
続きを読む
15人のお客様がこれが役に立ったと考えています
違反を報告
レビュー を日本語に翻訳する

london123
5つ星のうち5.0 Gripping, beautiful and devastating
2018年8月6日に英国でレビュー済み
Amazonで購入
I was a bit dubious about this, as it's not my usual thing and I've somehow gone a lifetime without seeing the whole movie all the way through, but bought it on a friend's recommendation. Was totally rapt. A truly ripping yarn, epic love story, and evocative nostalgia for times and places lost to history (if they ever truly existed at all). I particularly enjoyed the foreword in this edition as a context-setter before starting: it made a sensitive but affectionate critique of the book, it's status as cultural capital, and the legions of devotees who have made it famous.
続きを読む
10人のお客様がこれが役に立ったと考えています
違反を報告
レビュー を日本語に翻訳する

Palantir
5つ星のうち5.0 Review of the Macmillan edition
2018年7月17日にインドでレビュー済み
Amazonで購入
Pros :
It's Gone with the wind. Everyone should read it at least once in their lifetime.
Cheap price. It's a humongous book and the price on Amazon is really a deal.

Cons:
This Macmillan edition is no good if you want this book as a keepsake. Good for one or maybe two reads and then the spine will be gone and the book will fall apart.
This edition has a weird size which makes the book almost square.

Story : I have given it five stars because it will be a disrespect to this book to give anything less. You will be hard-pressed to find another book which is as absorbing, shocking and magical in one hand and depressing and tragic on another hand. It is a captivating work set up in time of American civil war and reconstruction era. Give it a try.