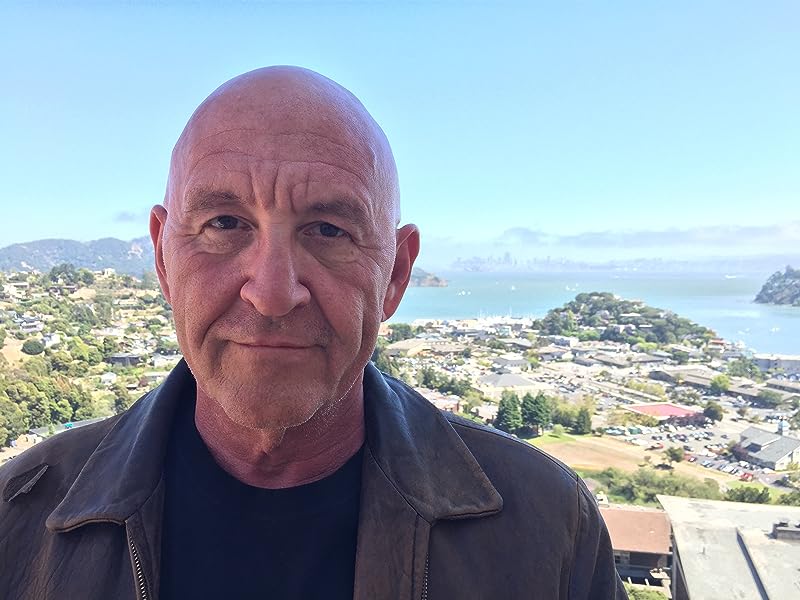 “Extraordinarily skillful pacing, which leaves the reader constantly on the verge of a new discovery.” -- KLIATT

“If Stephen King had written Lord of the Flies, it might have been a little like this novel.” -- Voice of Youth Advocates (VOYA) (starred review)

Michael Grant, author of the Gone series, the Messenger of Fear series, the Magnificent Twelve series, and the Front Lines trilogy, has spent much of his life on the move. Raised in a military family, he attended ten schools in five states, as well as three schools in France. Even as an adult he kept moving, and in fact he became a writer in part because it was one of the few jobs that wouldn’t tie him down. His fondest dream is to spend a year circumnavigating the globe and visiting every continent. Yes, even Antarctica. He lives in California with his wife, Katherine Applegate, with whom he cowrote the wildly popular Animorphs series. You can visit him online at www.themichaelgrant.com and follow him on Twitter @MichaelGrantBks.

Erhanz
5つ星のうち4.0 Great book
2019年8月12日に英国でレビュー済み
Amazonで購入
This book was just great. It gave me all the emotions. Fear, confusion, happiness, sadness, anger... I had so many parts where I was just happy that they are ok, and then other parts where I was just swearing at them, and the parts I still don't really understand.

They went right into the action, they didn't just tell the characters day and then the 'poof' happens so that was good. There wasn't blabbing. They introduced the characters with the least and the best details, and when there was something happening to the character that was related to his/her past they gave the information during that time, not when first introducing them.

I was so surprised when I found about about some truth about the characters, it was so unexpected and I think some were a bit unnecessary, but some of them made the character improve with that information and depending on it, you either hate the character even more or love them even more.

Drake. Throughout the whole book, I wished he died, he is the one I hate the most, I don't even hate Caine this much. Yes, of course I hate Caine, I think he was overreacting to everything. I am really curious to know why his mother left him. I really hope we will know why in the other books.

I love how protective Astrid is over Little Pete. I think LP being autistic kind of made this book a bit more interesting because he can't really do and understand much so Astrid always tries to help, protect him. That gave some action to it. And I am a bit disappointed that it actually was LP that caused the FAYZ; and also confused as how is that possible. Ok I get it that he might transported all the 15+ people to somewhere else but where did that wall/barrier came from and if it was him in the first place how people becoming 15 after the incident disappears.(??) And how people see their parents (I guess) when they're 15 and it is the time for them to go out of the FAYZ, go 'poof'. It is all so confusing.

This is actually one of the most confusing book I ever read. It left me with so many questions, and I really hope that all will be answered soon. But I also feel like second book will also leave me with even more questions.

The reason I gave 4 stars to this book was that. It didn't really make sense and left so many questions and also the fact that they only cared about the children that they could see. It was a bit disturbing that they didn't really go house to house to look for the younger kids,like babies and get them to daycare too. Because after they found the baby in the house dead I actually felt like crying and I was like ' I told you guys to go and look at the houses to see if there are babies/young children left. Somehow my first thought was that when the disappearing, the 'poof', happened. I really wished they did look for the babies and took care of them.

The final battle was so amazing. How they both said no to their mother and stayed in the FAYZ. The book played like a movie inside my head, and the last part where Caine is talking with the Pack Leader, after reading I actually saw, felt that ' to be continued...'

Amazon Customer
5つ星のうち5.0 A Teenage Story
2020年7月9日に英国でレビュー済み
Amazonで購入
I bought this for my eldest son, along with others in the series.
He thought the stories were brilliant but that the reason for what happens far fetched.
I asked him what he meant but was told I'd have to read them myself to find out.
He said that the best thing was that all the main characters were teens like himself, so he could relate.
Having read them myself, they are a thrilling set of books and I have to disagree with my son, the premise is not far fetched when compared to what is happening in modern times.
続きを読む
違反を報告
レビュー を日本語に翻訳する

Sally Ann Melia
5つ星のうち5.0 Gone - a great read
2013年8月26日に英国でレビュー済み
Amazonで購入
This is a scary looking book and the back cover contains a warning of violence, which is well deserved. Very much in the style of the Hunger Games , and more so the Lord of the Flies, this book has all the adults disappear in the first moments and then proceeds to have teens fifteen and under are literally abandoned to try and run the world.

I particularly like the fact that almost none of the protagonists can drive, and adult skills such as cooking, child minding, computers are spread among the populatin with an occaisional child having a strong talent, and the rest being fairly clueless

The story never stops and you are forever on the edge of your seat, but with so many questions not answered at the end, it can feel a little un satisfactory, but then there are sequels.

David
5つ星のうち4.0 Incredibly compelling
2011年11月17日に英国でレビュー済み
Amazonで購入
Having discovered this book on recommendation, I was slightly sceptical that this book would deliver on its promises. The blurb boasts of a recommendation from Stephen King, and the first few pages lists other acclaim from various sources. The person who recommended this book to me also couldn't stop raving about its greatness- "it's great, trust me, I couldn't put it down". So why was I sceptical?

Because it's young adult, and usually this translates to dark in a toned-down, scary-lite kind of science fiction.

However, having devoured the first book and currently racing through the second, I have to admit: Gone is a damn good read, whether you're 15 or fifty. Oh, and my presumption couldn't have been further from the truth.

In order not to spoil the book for future readers, I've tried to keep this review as spoiler free as possible.

THE STORY
The story begins with a rather ordinary boy called Sam sat in a classroom amongst his friends, pondering going surfing with his best friend Quinn. All of a sudden, the teacher disappears. Literally, vanishes. Into thin air.

Consequent investigation leads to the discovery that all adults and anyone in fact over the age of 15 have disappeared and nobody knows how or why or if they are ever coming back.

The story from here-on-in is truly gripping. It deals with many themes: science fiction and the mystery of the dystopian world the characters find themselves in, the inevitable power plays between the strong and the weak, survivability issues (think about it- where are the doctors, the nurses, the firefighters, the farmers and most importantly the parents?), coming-of-age, sexuality and relationships, and an almost supernatural element of the creature which is lurking in the forest.

Imagine a mixing pot of Lord of the Flies, Lost, X-Men and almost Harry Potter-style mystery and magic and you are somewhat close to what Gone has to offer.

A word of warning- the story here can be violent. It is never gratuitous (it's not a Saw film) but it can be graphic; however the violence is entirely in context and very realistic of how children would act if ever found in this situation. I found the violence always added to the story rather than taking away from it.

THE CHARACTERS
Sam is a typical hero character- noble, conflicted, with good intentions. This is perhaps my only gripe with the story- I found Sam could be a little two dimensional. The "baddie" is a little cardboard cut out. But this does not pretend to be a work of great classic literature and otherwise, most of the characters instilled sympathy and hatred in various measures.
I found Astrid to be very reminiscent of Hermione from Harry Potter.

Perhaps the most fascinating characters are Lana and her dog Patrick, and one character/creature who may not be entirely human and certainly not as noble as our good hero Sam...

The characterisation of bullies (which remains a strong theme throughout these novels) is painfully accurate and will resonate with many children, and indeed adults who can remember their own experiences at school.

THE WRITING
Grant is a good writer. I say this because I cannot stand bad writing in a book and will immediately stop reading e.g. Stephanie Meyer's dreaded Twilight series. Admittedly, he's not a truly great writer, but he is certainly a good one, and knows how to keep you hooked. He knows he's got a great story and he's not afraid to make use of cliffhangers etc to keep you reading until late into the night.

OVERALL
I would recommend this book to anyone. Don't let the fact this book is aimed at young adults put you off- the book deals with adult themes and you certainly don't feel like it's been toned down for younger audiences. The story is incredibly unique and compelling. I have not been so engrossed in a series since George Martin's A Song of Ice and Fire- which is high praise indeed.
続きを読む
違反を報告
レビュー を日本語に翻訳する
すべてのレビューを参照します
Amazonプライム会員ならお急ぎ便、日時指定便が使い放題
さらに、映画もTV番組も見放題。200万曲が聴き放題 。クラウドに好きなだけ写真も保存可能。
> プライムを無料で試す