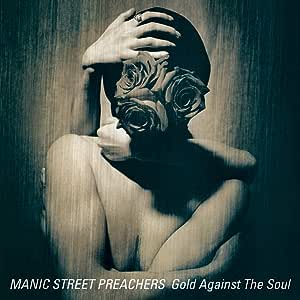 2. From Despair to Where

2. Roses in the Hospital

5. Gold Against the Soul

Bethany Gershwin
5つ星のうち4.0 A Hint Of Things To Come
2007年7月5日に英国でレビュー済み
Amazonで購入
This, along with 'Generation Terrorists' was a tantalising hint at the greatness that would come on the Manic Street Preacher's landmark, career-defining masterpiece, 1994's 'The Holy Bible'. The songs are polished, yet frequently intense.

It has often been said that 'Sleepflower' was the Manics attempt at a grunge song, and if so, it was a very valiant effort, since it sounds very much like a Nirvana song. James vocals appear to have improved drastically since 'Generation Terrorists', whilst the lyrics are radically different to GT, and less political. 'From Despair To Where', follows in the same glossy vein, sounding highly-produced and expensive. Indeed, the Manics did spend a fortune on recording this album, to a ridiculous extent, and this is certainly clear from the production values.

'Scream To A Sigh (La Tristesse Durera)', also sounds quite majestic, with thoughtful subject matter, lamenting over the neglect of war heroes, the title referencing the final line of Van Gogh's suicide note. Chillingly, Richey memorised Van Gogh's suicide note, along with a great many others. 'La Tristesse Durera' also contains some of JDB's finest guitar work to date. Lavish expenditure did create some spectacular results, this song being one of them.

'Yourself' and 'Symphony Of Tourette' have the same grungey feel as 'Sleepflower', the first being a self-loathing diatribe and the latter being a foul-mouthed, violent outburst surrounded by heavy, disjointed guitars and frenetic drums. It is one of the most impressive songs on the album.

'Life Becoming A Landslide' is one of Richey's sadder lyrics, containing the words: "My idea of love comes from, a childhood glimpse of pornography/But there is no true love, just a finely tuned jealousy." This was one of the most obvious hints at what would be Richey Edward's lasting legacy: a sadness and loneliness which was to cripple him to the point of despair. After the beauty of this, 'Drug Drug Druggy' seems distinctly underwhelming and average, though 'Roses in the Hospital' more than makes up for this, being the most iconic-sounding song on the album and an MSP classic. Cigarette burns are mentioned, and the song references 'Rudie Can't Fail', by the Clash. 'Roses...' also contains one of JDB's most memorable vocals, as he executes a powerful and raw performance, full of force and anger.

'Nostalgic Pushead' is yet more evidence of high budget, yet for all that, it seems to lack soul, and much of this album does not replicate the same Joie De Vivre as GT, but this zeal would soon be found again on their next album. 'Nostalgic Pushead' interestingly also contains the sound of Sean Moore dropping a snooker ball into a frying pan, such was the freedom to explore whatever musical indulgence they desired. This freedom is very much hit and miss.

Yet album closer 'Gold Against The Soul' is a fairly promising end to what is a good, solid album. At five and a half minutes it is the longest song on the album, but pans out impressively, with spiky guitars, prominent drums, and the lyric "Rock and Roll has a conscience", presumably as a reference to their own body of work.

This album is undeniably good, and has some truly magical moments both lyrically and musically, but for all of it's extravagance, time would prove that the Manics were at their best when production values were spartan and budget was tight. This is an impressive record regardless.
続きを読む
5人のお客様がこれが役に立ったと考えています
役に立った
フィードバックを送信中...
フィードバックをお寄せいただきありがとうございます。
申し訳ありませんが、お客様の投票の記録に失敗しました。もう一度試してください。
違反を報告
レビュー を日本語に翻訳する

Dr Mike
5つ星のうち5.0 Brilliant Manics
2013年1月2日に英国でレビュー済み
Amazonで購入
I wanted a cassette specifically for our older tape player in the kitchen & to transport around the house. Brilliant and no complaints. A great band and pleased with the service. I was so pleased to find I could still get tapes on Amazon.
続きを読む
役に立った
フィードバックを送信中...
フィードバックをお寄せいただきありがとうございます。
申し訳ありませんが、お客様の投票の記録に失敗しました。もう一度試してください。
違反を報告
レビュー を日本語に翻訳する

J.M.González
5つ星のうち5.0 very well album
2017年1月5日に英国でレビュー済み
Amazonで購入
very well condition almost like new. 12 pag-booklet featuring lirycs track by track and poster with lyrics in japanese and title to absolute tracks content in this album. content 3 bonus tracks as remixes to "Roses In The Hospital" track. Second album from this Walesians content excelent songs with acid protest stile caracteristic from they. Outstand "Roses In the Hospital" "From Dispair to Where", "La Tristesse Durera (Scream To a Sign" and "Life Becoming and Landslide", but whatever are great songs
続きを読む
2人のお客様がこれが役に立ったと考えています
役に立った
フィードバックを送信中...
フィードバックをお寄せいただきありがとうございます。
申し訳ありませんが、お客様の投票の記録に失敗しました。もう一度試してください。
違反を報告
レビュー を日本語に翻訳する

Ms. Monica Sheaf
5つ星のうち3.0 So-so but I prefer the Holy Bible
2013年7月15日に英国でレビュー済み
Amazonで購入
Has some good singles - I remember Tristesse from when it first came out as a single & despair to where is a classic. Also like sleepflower. However the other tracks are not worth bothering with.
続きを読む
2人のお客様がこれが役に立ったと考えています
役に立った
フィードバックを送信中...
フィードバックをお寄せいただきありがとうございます。
申し訳ありませんが、お客様の投票の記録に失敗しました。もう一度試してください。
違反を報告
レビュー を日本語に翻訳する