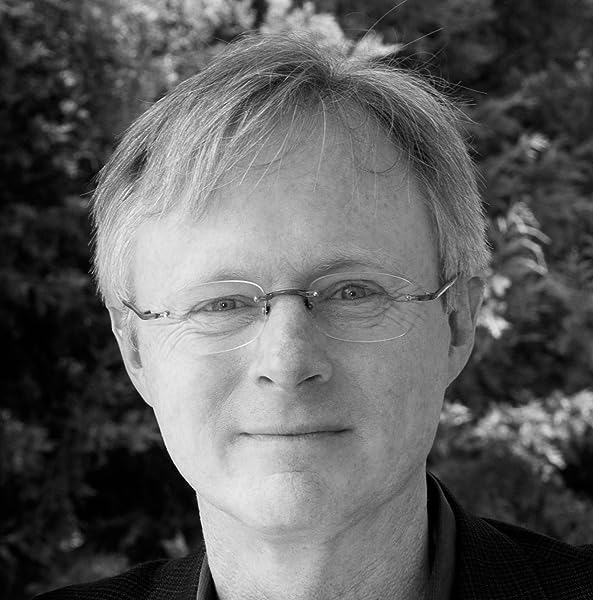 NORB VONNEGUT writes thrillers and non-fiction commentary (The Huffington Post, Acrimoney) about Wall Street behind closed doors. He has appeared on Bloomberg News as well as the Laura Ingraham and Judith Regan shows. Top Producer, his debut novel, was a featured pick of Today, SmartMoney and is published in eight languages. Norb built his wealth-management career with Morgan Stanley and other Wall Street institutions. A Harvard college and Harvard Business graduate, he splits his time between New York and Rhode Island. Visit norbvonnegut.com or Acrimoney.com to learn more.

Norb Vonnegut writes thrillers and nonfiction commentary (The Huffington Post, Acrimoney) about Wall Street behind closed doors. He has appeared on Bloomberg News as well as the Laura Ingraham and Judith Regan shows. Top Producer, his debut novel, was a featured pick of Today and SmartMoney, and has been published in eight languages. Norb built his wealth-management career with Morgan Stanley and other Wall Street institutions. A Harvard College and Harvard Business School graduate, he splits his time between New York and Rhode Island. Visit norbvonnegut.com or Acrimoney.com to learn more.
Kindle化リクエスト
このタイトルのKindle化をご希望の場合、こちらをクリックしてください。

What fun-- a book I just could not wait to get back too. And so intricate in its design that I know I will read it again someday. Vonnegut is one of those authors that scores a win on every page--an almost impossible accomplishment. Here are some of my favorites.

"They posed a classic question: "If a tree falls in a forest and no one is around to hear it, does it make a sound?" Greenwich raised the same issue about wealth: "If no one sees your money, do you have any?"
"From time to time a thirtyish woman, leathery smokers tan and teeth power-bleached to match her hair glanced in his direction. Checked him out once over. Like what she saw. He flashed his wedding band to throw her off the scent."
"The cleavage, the clothes, the long swinging strides--there was something for everyone."
"Sometimes the letter K, as in kaching, is the only difference between money and monkey business."
"I discovered the difference between my office and hell?" Which is what" she asked. "We have Bloomberg terminals."
"He raised his left hand and whistled between his teeth, his lower jaw thrust forward like a shopping cart."
"After the emcee's introduction, Cy embraced the microphone like a hungry lover."
"That morning her large-and-in-charge persona had gone AWOFL, which is the same thing as AWOL but more so."
"While others deliberated and scratched their heads to sort things out, she swung her opinions like gnarled two-by-fours."
:"Gone in the middle of the night. Even the Picasso was gone, the master's sangria-soaked meanderings nowhere to be seen. Gone like yeseterday."

Amy R.
5つ星のうち5.0 Does for finance what Robin Cook did for medicine
2012年9月13日にアメリカ合衆国でレビュー済み
Amazonで購入
In his second novel, author Norb Vonnegut continues to do for the world of finance what Robin Cook (and others) do for the world of medicine. He gives us a thrilling story steeped in the culture, setting, and dialog of a specialty field: high finance / Wall Street. The picture Vonnegut portrays of the Wall Street mindset is both frightening and fascinating. Greed isn't merely good, it is the only thing. No matter how much money you have, you need more. Ostentation rules. Yet another force is also at play in these glorified gambling careers: no matter how much success you have, you're one stock market crash from failure.

Vonnegut's books (this one and  Top Producer ) are both populated with well-drawn characters who truly live up to the word "character". They are quirky, memorable, sometimes vile, sometimes likable, sometimes both.

As far as the plot goes, the summary above says enough. Obscure financial instruments and deals drive the plot, but what matters is how these are merely tools of war in a high-stakes battle among Icelandic bankers, Qatari princes, Wall Street financiers, and of course our hero Jimmy Cusack, who is caught between a rock and a hard place from page one.

Gods of Greenwich excellently fills a niche in the thriller genre for stories set in the high-stakes world of global finance. What I particularly enjoy about Vonnegut's books is his ability to create a world that he personally knows well (having worked in wealth management for decades) and show it to us.

About Greenwich, Connecticut, heart of the hedge fund industry:

When the weather grows hot, baskets of pomegranate begonias hang from black lampposts that look like exclamation points for everything perfect.

A favorite bit of dialogue:

"Just remember, Cusack. There are two kinds of people in the world. The ones who make money."

Mary M Riley
5つ星のうち5.0 Very engaging
2021年3月2日にアメリカ合衆国でレビュー済み
Amazonで購入
Well written and interesting- I learned a lot, too!
A good read, especially if you have any interest in the stock market and hedge funds.
続きを読む
違反を報告
レビュー を日本語に翻訳する

Billy J. Hobbs
5つ星のうち5.0 Vonnegut's financial story: well done!
2012年10月10日にアメリカ合衆国でレビュー済み
Amazonで購入
Before starting this novel, I had read "Publishers Weekly" comments--just to reassure myself--that Norb Vonnegut's "Gods of Greenwich" would be a good return for my literary investment (the time I'd be willing to devote, plus interest, to reading it). "Vonnegut...(gives us) another invigorating dip into the shark pool of Wall Street's hedge fund industry," PW wrote. Initially I had thought: a novel about Wall Street's high financial shenanigans? Hmmmm.

Not having an educational background for this particular world, I admit I was a bit hesitant, but then a couple of recommendations came through and I took the plunge. Mr. Vonnegut has certainly taken this esoteric world and, with deftness, expertise, and more than a little talent, made it almost mesmerizing in its presentation. After being faced with what I considered a plethora of characters in the opening paragraphs, things settled down, the author took complete charge, and we are given a strong foundation for a viable plot and character development.

This world of high finance--which lay readers are not likely to know, much less understand--is presented masterfully, without being pedantic. Mr. Vonnegut clearly is aware that not all readers are "up" to the dealings therein and delivers with a decided deference. In addition, I would imagine that readers who are well-versed in the machinations of Wall Street will find "Gods of Greenwich" equally satisfying.
Not being very knowledgeable about stocks, hedge funds, and other "financial services," I nevertheless found the going quite exciting, especially to follow the trail of the central character of Jimmy Cusack as he and his boss Cy Leeser prepare to "deliver." As Socrates said, "The unexamined life is not worth living" and so readily I read the book--and I wasn't disappointed. Touches of black humor and irony abound, as Mr. Vonnegut makes ever more this topic so socially significant and relevant. Too, his touches of sophistication and relevance add to its allure, with just the right amount of "thriller" thrown in.

Does he "solve" the Wall Street "business" (or "conundrum")? Does he offer a panacea for whatever illnesses abound? Perhaps, but this is not his purpose, it seems. He does provide, for the uninformed reader at least, a look into a world, both "open" and "closed" at the same time, that should be recognized. As one of my favorite characters, a "businesswoman" herself, Miss Sally Bowles was fond of saying, "Money makes the world go round" and that carrousel is unlikely to be stopped.
続きを読む
3人のお客様がこれが役に立ったと考えています
違反を報告
レビュー を日本語に翻訳する
すべてのレビューを参照します
トップへ戻る
Amazonについて
Amazonでビジネス
Amazonでのお支払い
ヘルプ＆ガイド
日本語ショッピングのための言語を選択します。 日本ショッピングのための国/地域を選択します。
© 1996-2020, Amazon.com, Inc. or its affiliates