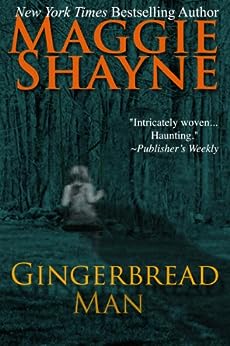 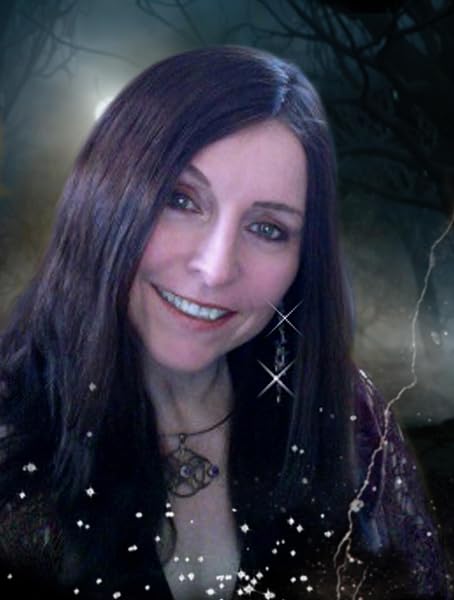 After promising a distraught mother he'd find her missing children, Detective Vince O'Mally discovers their mutilated corpses in an abandoned house. Tormented by images of the horrific crime scene, Vince is forced to quit the case by his superiors and take a vacation. Instead, Vince heads to Dilmun, a small town in upstate New York, to follow up a seemingly insignificant lead. At the town's tiny police department, Vince meets Holly Newman, a pretty but troubled woman who has never recovered from losing her own sister to a child killer more than twenty years ago. Convinced the cases are connected, Vince pushes Holly to recall long buried memories; in the process, he falls in love with her. With a killer on their trail and another child's abduction augmenting their sense of urgency, Holly and Vince team up with the local police and the FBI to track down the killer. Shayne's (The Texas Brand, etc.) haunting tale is intricately woven, and her quirky supporting characters including a retired horror movie star, his mysterious young niece and an omnipresent Native American physician will capture the reader's sympathy. A moving mix of high suspense and romance, this haunting Halloween thriller will propel readers to bolt their doors at night.

"[Maggie Shayne is] on her way to the stars!" (Suzanne Forster)

USA Today bestselling author Maggie Shayne unveils the dark side of romance in this gripping novel of contemporary suspense...

Desperate to solve the most difficult case of his career, Detective Vincent O'Mally travels to a small town in upstate New York, where he meets beautiful, haunted Holly Newman-and attempts to unearth the clues hidden deep in her mind.

Maggie Shayne is a national bestselling author who has appeared on the USA Today and Waldenbooks bestseller lists. When she's not writing, she spends her time exploring the mysteries of the cosmos, reading Tarot, collecting crystals, and studying the customs and rituals of long-forgotten civilizations. She lives in upstate New York.
--このテキストは、kindle_edition版に関連付けられています。
続きを読む

LikkleNitty
5つ星のうち3.0 Sloowww...
2013年10月8日に英国でレビュー済み
Amazonで購入
Good story, likeable characters, but really slow in some places. No gore, although I still wouldn't recommend it for people who are overly sensitive.

After the murder of two children, Detective Vince O'Mally is given the choice to see a psychiatrist on a daily basis or take time off. He decides instead to go to a back water town in the middle of nowhere based on a tenuous lead he found at the crime scene. When he gets there, he meets a girl who's a bit odd and "delicate". He has a gut feeling that she's somehow involved and carries on following her around.

At this point, there's a slightly out of place "Killer Monologue". You can guess who the killer is here, because there's only a handful of people who could possibly know why Vince is in town.

After this, nothing much happens besides a bit of romancing, some not-quite-kisses, lying together naked, hanging out and walking about. I accept that Maggie Shayne is trying to develop the relationship between the two characters, but it gets a bit too much. Some passages actually reminded me of the Twilight book, with the "must resist her" theme running through it.

Around 50% of the way through, stuff starts to happen! Hurray, you say! There's a party, scary old man, there's hysteria, screaming kids, panic .... then.... it slows down again, and nothing happens for a while /sigh.

There's a few pages here, where everyone starts referring to one of the women in the story as "child". It reminded me of actress Loretta Devine, and becomes quite distracting.

Then the grand finale! No build up, no tension whatsoever. It ended so prematurely, I was disappointed.

I got a bit confused by the timeline of the story. If I'd missed the bit about the girl's age, then I apologise. I must've missed the bit where it says how old Holly was when Ivy was kidnapped. Even so, I'm guessing Holly could be anything between 10 - 14 (because she's showing interest in boys), but if Ivy was 3 years younger, then Ivy could've been 7 - 11.. Oh who knows.

Anyway, if I'd been separated from my only sister for 15-20 years, I would still recognise her after 15-20 years. A person's face never changes so much that they're unrecognisable, especially by close family members. I found this point in the story a little hard to believe.

Cad
5つ星のうち2.0 Lucky it was free.
2017年10月4日に英国でレビュー済み
Amazonで購入
I must admit that when I started to read this book I quite enjoyed it. It was easy to read and not challenging. But then the more I read the less challenging it became. The characters were so shallow and under developed as to be quite inconsequential. The plot was so full of holes that it became laughable. As for the tension and suspense, well there wasn't any. Surprise, surprise, there was the gnarled, flawed detective, his faithful colleague, his exasperated boss, the pretty and needy victim and the evil and incompetent Feds. Now where have you read that before? But perhaps worse of all was the awful and cringeworthy prose. Oh my goodness but it was bad. The writing style was almost childlike except of course for the horrific content. Fortunately it was a free download. The two stars are down to the fact that at least I was able to finish it.
続きを読む
違反を報告
レビュー を日本語に翻訳する

Lynda Kelly
5つ星のうち2.0 Surely I Don't Have The Only Copy Full Of Errors ??
2016年10月18日に英国でレビュー済み
Amazonで購入
Not happy with this. It clearly hasn't been properly proofread or edited and I've given up on it. I persisted till I almost made 30% but the mistakes just keep on coming and I find myself WAY too bogged down concentrating on them and not the story, which is very good. I'd love to finish it sometime but only if it gets properly presented.
It may be partly my fault as I downloaded it way back in August 2013 (!!) but Amazon are supposed to update books in your library as they get re-issued and if it has been since that date then they need to look at it again.
Here we go with the litany of errors I managed to spot and it seems the publisher clearly overlooked. She writes "...these arc my children", I recorded 10 missed fullstops which is pretty atrocious. A hyphen suddenly got added to the name Gray-cloud when before and after it was Graycloud. Then we lost a comma in this sentence-"....don't interrupt Vince"......it wore me down.
As I say, the story was one I was enjoying but for me it's also all in the presentation.
続きを読む
違反を報告
レビュー を日本語に翻訳する

Dyl
5つ星のうち3.0 OK... but predictable, cliched, and a little cheesey.
2013年12月2日に英国でレビュー済み
Amazonで購入
My wife downloaded this to my kindle instead of her own by mistake. I gave it a go though after seeing the reviews. I'm not sure whether I should have bothered really.

Kids getting kidnapped and killed / Cop with psychological problems / Small town where nothing bad ever happens / Woman with psychological problems / bizarre coincidences relating to said woman / blossoming relationship between psych problem man and psych problem woman / possible suspect that is too guilty looking to be guilty / twists that are so naff that you can see what's going to happen way in advance / mad rush before the next kid dies / sharp intake of breath (unless you predicted who it was ages before) as the killer is revealed... and so on... it's just sooooo predictable.

It's not a particularly "bad" book, it's actually fairly enjoyable in a cheesey way. I found myself imagining it being played out as a straight to TV movie with bad acting and poor production values. There was no tension, no suspense, no surprise at cleverly placed twists. It was too predictable for any of that to be given a chance.

Cass
5つ星のうち4.0 Good Read
2013年12月8日に英国でレビュー済み
Amazonで購入
I thoroughly enjoyed this book, certainly a gripping thriller, not fast paced, more of a who done it? Kept me engrossed and I must admit guessing right until the end. The lead female Holly has clearly been deeply traumatised by the abduction of her sister and that`s left her psychologically damaged and unable to function socially. She's kept sedated, subdued and treated like a child. When detective Vince O'Mally shows up in her quiet little town asking all kinds of hard questions, Holly doesn't want to deal with it, but as memories start to resurface, she's forced to face the worst experience of her life. Vince is a man obsessed, he can't rest until he finds the killer and Holly has the answers. I think some people missed the point of this story, which was that a very evil man was doing some really horrible things to small children and the evidence was there for all to see, but it took Vince's obsession and Holly finally taking control of her life to put an end to it. Good Read.
続きを読む
違反を報告
レビュー を日本語に翻訳する
すべてのレビューを参照します
トップへ戻る
Amazonについて
Amazonでビジネス
Amazonでのお支払い
ヘルプ＆ガイド
日本語ショッピングのための言語を選択します。 日本ショッピングのための国/地域を選択します。
© 1996-2020, Amazon.com, Inc. or its affiliates