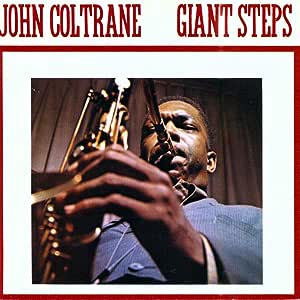 RJH1980
5つ星のうち5.0 An astounding achievement 🎷
2020年4月28日に英国でレビュー済み
Amazonで購入
John Coltrane remains a monumental and totemic figure in jazz. ‘Giant Steps’ demonstrates why this status is so deserved. Coltrane took the brave though controversial decision to steer jazz on to a pathway which emphasised soloing rather than melody with this album. By doing so he took jazz away from the past and the mainstream into the future and avant-garde. No small feat! The result is an album which is challenging to listen to but is simultaneously enthusiastic, exciting and awe inspiring in terms of the musicianship demonstrated. As a newcomer to jazz I found this album a bit overwhelming. It is only after listening to jazz from various artists and eras that I have come to more adequately appreciate its brilliance. ‘Giant Steps’ is effectively the link between the past achievements of an entire music genre and what has emerged since its release. It is astounding and I hope that you will enjoy it as much as I have.
続きを読む

Jl Renals
5つ星のうち5.0 Up there!
2018年12月14日に英国でレビュー済み
Amazonで購入
1959 was perhaps the pinnacle of modern jazz music, and this was just one of the outstanding albums recorded. Learn about the title track to really appreciate it.
続きを読む
3人のお客様がこれが役に立ったと考えています
違反を報告
レビュー を日本語に翻訳する

Observe that the March sessions were not used in the album, Giant Steps and the other compositions (except Naima) were re-recorded in May changing pianist and drummer. Nearly seven months later Naima was re-recorded for the third time with the rhythm section from Miles Davis Kind of Blue (Kelly, Chambers, Cobb). So what you have in this Atlantic Masters version is the possibility to live the history that lead to the final album version of Giant Steps. Plus you can fully enjoy a very good and natural re-mastered sound, much better than the previous CD release.

A totally worth upgrade if you have the older CD releases and a must if you love jazz and still do not have this masterpiece.
続きを読む
17人のお客様がこれが役に立ったと考えています
違反を報告
レビュー を日本語に翻訳する

Nikos Nanos
5つ星のうち5.0 Good vinyl quality
2020年2月16日に英国でレビュー済み
Amazonで購入
One cannot comment on the music, since it is a matter of taste. Nevertheless, the vinyl quality is good and as such it makes a good product if the price is right
続きを読む
違反を報告
レビュー を日本語に翻訳する

Angus P. Walker
5つ星のうち5.0 Giant sound
2010年12月18日に英国でレビュー済み
Amazonで購入
Most Coltrane fans eulogise about 'A Love Supreme' or 'Blue Train' and rightly so, as they are superb. However, being relatively new to John Coltrane's work (at least in trms of owning the albums), I was very pleasantly surprised by this album which is very rounded and is accessible to anyone wanting to develop a further interest in John Coltrane's work.