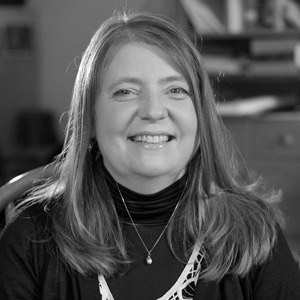 When ghosts make themselves larger

What ghosts do so humans can see them

When ghosts travel through walls, doors, and other solid objects

When ghosts make themselves smaller

When ghosts feel sick to their stomachs

What ghosts call humans, animals, and objects they can’t see through

What comes out when ghosts throw up

When ghosts move freely through the air

What ghosts do so humans can hear them

“What’s the matter, Kaz?” Claire asked as she shook the dice in her hand. “You look so sad.”

Kaz was sad. He and Claire were playing a dice game in the craft room. Claire rolled the dice for both of them. Kaz couldn’t help noticing that Claire always seemed to roll better for herself than she did for him.

It had been even longer than that since he’d seen his brother Finn, or his grandparents.

Mom and Dad always said that maybe one day Finn, Grandmom, and Grandpop would find their way back to their old haunt. But Kaz knew that would never happen now.

Their haunt was gone. And his entire family was gone, too. The wind had carried Kaz over fields . . . houses . . . trees . . . and into Claire’s library. Kaz had no idea what had happened to the rest of his family. Or if he’d ever see them again.

“Are you thinking about your family?” Claire asked.

Kaz was a ghost, but he wasn’t like other ghosts. He couldn’t glow. He couldn’t wail. And he didn’t like to pass through solid objects.

Beckett snickered. He was the other ghost who lived at the library. Beckett spent most of his time in his secret room behind the bookcase in the craft room. But sometimes he came out to read library books.

“What?” Claire narrowed her eyes at Beckett. “What are you laughing at?”

“Nothing,” Beckett said, turning a page in a book. “If you want to call yourselves detectives, it isn’t any of my business. But you’ve only solved one case, and it wasn’t even a hard one.”

Kaz had to agree. He had thought he and Claire would never figure out who, or what, was haunting the library.

“If you say so,” Beckett said. “But let me ask you this: Who’s going to hire a kid and a ghost to solve a mystery?”

“People who have ghosts in their houses,” Claire said, like it was obvious.

“We won’t laugh at them like grown-up detectives would,” Claire said. “We’ll go to their houses and find their ghosts. And even if those ghosts don’t want to talk to me, they’ll talk to Kaz. Because he’s a ghost like they are.”

“How is Kaz going to go anywhere?” Beckett asked. “He can’t go into the Outside. He’ll blow away.”

Kaz hadn’t thought about that.

But Claire shrugged like it was no big deal. “We’ll figure something out.”

“How will those solids—” Beckett began.

Kaz doubted that. Claire’s parents thought she was too young to be a detective.

“What would your parents say if they knew you’d started a detective agency?” Beckett asked. “Maybe I should show myself and tell them.”

“You better not.” Claire leaped to her feet. “Why don’t you go back behind your wall and leave us alone?”

“Claire?” called a voice behind them.

“Who are you talking to, dear?” Grandma Karen asked, patting the pink stripe in her hair.

Dori Hillestad Butler's books have appeared on children's choice award lists in 18 different states. Trading Places with Tank Talbott won the Maryland Children's Choice Award in 2007. And The Buddy Files: Case of the Lost Boy won the 2011 Edgar Award for Best Juvenile Mystery. Dori has also been a ghostwriter for the Sweet Valley Twins, Unicorn Club, and Boxcar Children series, and a children's book reviewer for several publications. She's published numerous short stories, plays, and educational materials, and has served as the Iowa Society of Children's Book Writers & Illustrators' Regional Advisor. She grew up in southern Minnesota and now lives in Coralville, Iowa, with her husband, son, dog, and cat. She visits schools and leads writing workshops all over the country.

Liz Sim
5つ星のうち5.0 Love it. Nice alternative to the tree house series
2019年7月16日にアメリカ合衆国でレビュー済み
Amazonで購入
This was a great book to use to introduce my boy to chapter books. He's almost 5 and loves spooky things like ghosts.

It good because he reconnects with his family members throughout the series and he develops good relationships with people he used to be afraid of.

Ai my me
5つ星のうち5.0 Great series for young readers (1-3 graders)
2015年9月11日にアメリカ合衆国でレビュー済み
Amazonで購入
The Ghost in the Attic series is a great series. My daughter read the first book of this series when she was in the first grade. Then during the summer vacation between 1st and 2nd grade, she read #2, 3, 4, and 5. Storyline is easy to understand, it's a ghost story, but not scary at all. It is very cute. I have pre-ordered book #6 and 7. My daughter finishes a book in this series in one sitting, 45-60 minutes. For the young readers who enjoy this series might enjoy "Eerie Elementary" series and "The Notebook of the Doom" series too.
続きを読む
1人のお客様がこれが役に立ったと考えています
違反を報告
レビュー を日本語に翻訳する