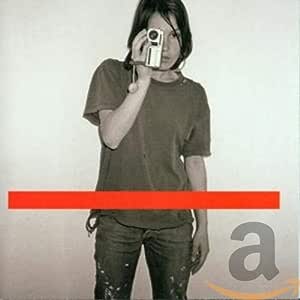 In 1993, it looked as if electro-pop's greatest band, one of the most influential and acclaimed artists of the era, had broken up. But now New Order is back with Get Ready, its first album since the Top 15 Republic, the band's third straight gold or platinum disc. More rockin' and guitar-oriented than previous albums, Get Ready is one of the most anticipated releases of the year. Set up by a major marketing campaign, fans are ready for Get Ready.

Johan RF
5つ星のうち4.0 guitars guitars guitars... and worth a listen...
2015年10月16日に英国でレビュー済み
Amazonで購入
a much more musical New Order Album. This deserves listening on a decent HiFi more so than their others because its so musically complex compared to their more synth driven stuff.... Vocals still weak and lyrics at times dodgy ( hence the 4 stars ) but its guitar driven undertones are awesome and its certainly a unique New Order offering. Production is superb on most tracks but overblown on a couple. The "feel" of the album at times gets a bit folky and this is very similar to Bernard's album with his other mates in that drums are subdued often to allow guitars to lead. This really is a good album for those who love clever guitar but its not easily slotted into the New Order expectations with only Hookie's rifts being the crumb of comfort there. There is one track that reminds me of the Monkees, thats how varied this album is. The 1st track is the best... a classic New Order effort. Still its very good... no where near a classic but very good and worth a listen and certainly worth the price I paid ( a few quid ).
続きを読む
2人のお客様がこれが役に立ったと考えています
違反を報告
レビュー を日本語に翻訳する