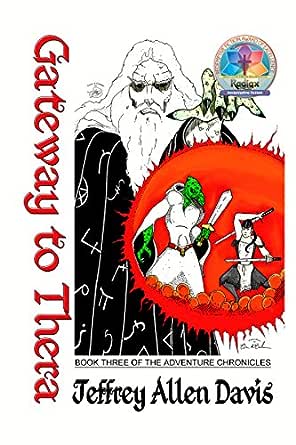 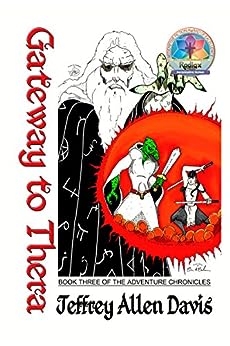 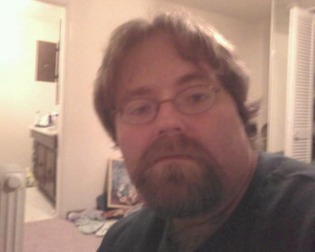 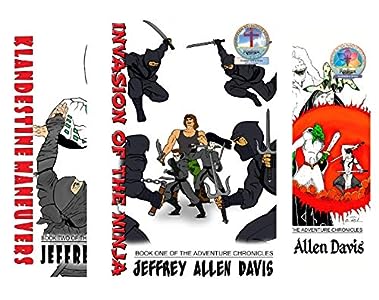 In 1989, when Jeffrey Allen Davis was fourteen, he started a recording on his parents' VCR to get a horror movie about a Ouija board. It captured the movie that came on Showtime after it, as well. That accidental recording, a ninja movie that starred Michael Dudikoff, grabbed his imagination and the shadow warriors have been hiding there ever since. Over twenty years later, he still enjoys watching a good ninja movie. Davis lives in St. Charles, MO, with his wife, Vickie, his daughter, Kaitlyn, and two stepchildren, Jayson and Breeanna. Visit him online at his blog, jeffreyallendavis.wordpress.com. --このテキストは、paperback版に関連付けられています。

Perspective by Peter
5つ星のうち4.0 Davis Takes The Adventure Chronicles To The Next Level In This Instalment! Great Advancement In This Series. Well Done, Jeffrey!
2016年5月31日にアメリカ合衆国でレビュー済み
Amazonで購入
This is the third instalment in this series and I have enjoyed every one of them. However, I enjoyed this one the most for a number of reasons.

Firstly, it shows that Davis has matured in his writing, plot development, and characterisation and also in the Christian/biblical themes. He has become bolder in all these aspects and I especially found it noticeable in the latter aspect. There is more instances of prayer, and more of the characters, especially Jamie, seeking God's help and guidance when he realises that his circumstances are out of his control and the only one that can help is God.

Secondly, Davis has introduced a fantasy element to this novel and while I thought it would not fit into the existing plot after the previous two novels, it really does fit well and it is this that takes this series to the next level. The world building for this fantasy world that the Adventure team enter is simple but has been constructed to give the illusion that there is a lot of depth in its creation. What I absolutely loved is the mythology on which Davis bases this world and it is very successfully founded on the Bible and some of its events, characters and doctrine. This is very clever and I feel an ingenious move on his part.

These bible elements really do make this novel and enhance everything that Davis has created in the previous two. For me, this instalment takes this series down a well deserved path where both the author and this series comes of age and into their own.

Davis has successfully created two adventures previously but the adventure in this instalment is much more involved and more of a challenge for Jamie and his Adventure team. It is in this story that Jamie becomes a better leader and his team becomes more cohesive, both those in the world of Thera and those left on Earth. The developing romantic involvements of Jamie and Shawna, George and Yoshi, and a new romance is done very well and this latter romance I was really pleased with as I was rooting for these two as the story unfolded.

Davis also balanced well the dual stories of that on Thera and that on Earth with each half of the Adventure team maintaining the objectives of the Team. The pacing of both kept you guessing what was going to happen next, which environment was the next chapter and of course, what every reader craves for and loves an author for, that "cannot put this book down" experience.

Davis has developed the violence that we have come to expect from this series (or any ninja novel for that matter), but on one instance he has taken it to the next level where it affects one of the Adventure team extremely negatively and it reduced me to tears. It was well positioned in the novel and leaves the reader wanting more from the next novel to show how the Adventure team copes with this tragedy and does this strengthen or weaken the Team?

I am really impressed with this novel and the path that Davis now takes us on as associate members of the Adventure Team (by the very fact that we are readers of this series!).

I now look forward to the next instalment, Quest for Yoshi much more than I have with the previous two.

Spiritually, based on my review and on the following reference booklet,

A Spiritual System for Rating Books written by David Bergsland,

and that this novel has elements of the criteria of what constitutes Christian Redemptive Fiction outlined in the previous mentioned booklet,

I award Jeffrey A. Davis with the

There’ve been many times when sequels were unable to surpass what came before, but that’s just not the case with this. Jeffrey Allen Davis has managed to rev up his ninja stories by adding a huge fantasy element to an already rich, action/adventure series.

If you’re a fan of 80s/90s martial art movies, and/or appreciate classic fantasy tales like Narnia, The Lord of the Rings, or even particular titles from the famous Dungeons & Dragons line, then you’re certain to enjoy Davis’s installment of “Gateway to Thera”.
続きを読む
1人のお客様がこれが役に立ったと考えています
違反を報告
レビュー を日本語に翻訳する

L. J. Capehart
5つ星のうち5.0 Definitely a good sequel!
2014年10月16日にアメリカ合衆国でレビュー済み
Amazonで購入
If you like ninjas, fantasy, and teens with good morals, this might be the book for you. I've read books one and two in the series by Davis, and really enjoyed them. Book three did not let me down. His characters are well written, and I especially enjoyed the whole story line of this book, being a strong fan of fantasy myself. I especially appreciate the good morals in this story.
I'm looking forward to the next one in this series!
続きを読む
1人のお客様がこれが役に立ったと考えています
違反を報告
レビュー を日本語に翻訳する
すべてのレビューを参照します
click to open popover
Amazonプライム会員ならお急ぎ便、日時指定便が使い放題
さらに、映画もTV番組も見放題。200万曲が聴き放題 。クラウドに好きなだけ写真も保存可能。
> プライムを無料で試す