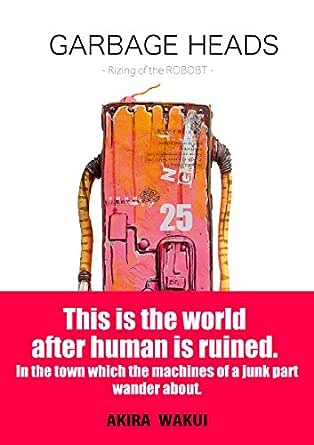 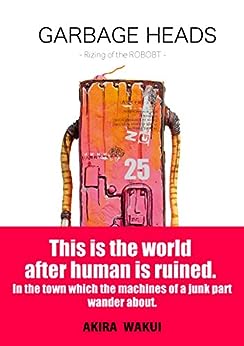 Garbage Heads the Rizing of Robot: This is the world after human is ruined. In the town which the machines of a junk part wander about. (English Edition) [プリント・レプリカ] Kindle版

Background
It was at the very end of the year 2000, on my way back to my hometown, Nagano. From the train window, I saw the front parts of a rusted tractor poking out from a thick blanket of snow. Just before midnight at my parents’ home, I heard the tolling of New Year's Eve bell from a Buddhist temple 108 times, the number of human's worldly desires.
Then, as the year 2001 began, they also began stirring in my head.
The snowed tractor got its limbs and began walking through the snow.
Soon after, other abandoned and buried machines, one by one, emerged from pure white snow.
These images goaded me into portraying 108 robots.