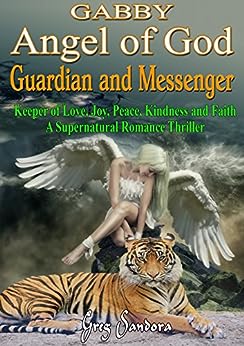 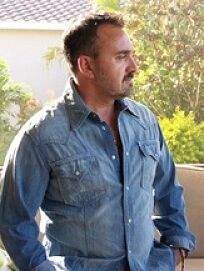 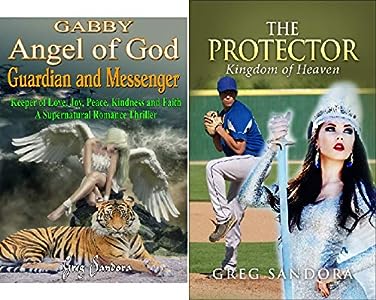 Greg is originally from Maine. He lived and worked in Portland for years before moving to Southwest Florida. His first book, All In: The Race for the Presidency, is a Presidential Thriller, or some might say White House Thriller. Think the Crime and Passion of the Godfather meets the Romance and Innocence of Camelot. The story is packed with action and adventure. One reviewer writes: "Jack Canon's American Destiny is very intense. Early in the Book I knew I had to put my seat belt on, I was sure this was going to be one hell of a ride, and boy it was. One thing I especially appreciated in this author's Book is just how he was able to bring the story across with so many twists and turns that all came together masterfully." The sequel to All In is titled: Love, Lust and Loyalty, Women of the White House. It's a story of Kindness, Passion and Courage. It has all of the components of the first book, but leans toward a Presidential Romance Thriller. The sequel is just as action packed, but with more spice, some reviewers say it's sensual. To quote one reviewer - "Unsurpassable, this story is darn good, a real work of art. Women of the House by Greg Sandora has been written with a vibrating "passion" if that terminology didn't exist before - it does now....I found that Jack was the kind of guy I liked immediately while Sandy was just perfect - I chose to review it because of the mystery behind it." Greg's Angel Adventure Series includes Gabby, Angel of God and The Protector, Kingdom of Heaven. Both are Supernatural Romance Thrillers involving an angel, Gabby, and a man named Bo. During a visit to Bar Harbor, Maine Bo encounters a beautiful angel named Gabby; quite accidentally, he is told - she wasn't supposed to make him aware of her existence. His purity of spirit, kindness and capacity for love has revealed her to him. He falls hopelessly in love with the beautiful creature, as humans cannot resist angels. Both books fit nicely in the Supernatural, Romantic Thriller, and Paranormal and Time Travel genres. All Greg's books have adventures and thrills, are fast paced and have hilarious moments. --このテキストは、paperback版に関連付けられています。

Lauren Alumbaugh
5つ星のうち4.0 Faith is everything
2014年3月18日にメキシコでレビュー済み
Amazonで購入
This is not my typical read. Bo has lost his wife, Sally, but through his faith and pure soul gets a touch of heaven. Gabby, an angel, shows Bo how amazing life can be through the love of God. I wish Bo had been a little more grateful for the blessings he was given. But he is human and we tend to miss out on some blessings. I know why we were given the finale, but almost wished it wasn't so. Life's not always perfect. Overall the message was very positive in the book. Yes it's about faith and God so don't read it if that offends you. But your missing out!
続きを読む
違反を報告
レビュー を日本語に翻訳する

Lauren Alumbaugh
5つ星のうち4.0 Faith is everything
2014年3月18日にブラジルでレビュー済み
Amazonで購入
This is not my typical read. Bo has lost his wife, Sally, but through his faith and pure soul gets a touch of heaven. Gabby, an angel, shows Bo how amazing life can be through the love of God. I wish Bo had been a little more grateful for the blessings he was given. But he is human and we tend to miss out on some blessings. I know why we were given the finale, but almost wished it wasn't so. Life's not always perfect. Overall the message was very positive in the book. Yes it's about faith and God so don't read it if that offends you. But your missing out!
続きを読む
違反を報告
レビュー を日本語に翻訳する

Pat. H
5つ星のうち3.0 Ooey-gooey angel story that stretches the imagination too much.
2015年6月13日にアメリカ合衆国でレビュー済み
Amazonで購入
In my opinion this is not a Christian story. It is someone's fantasy based on misinformation and bad theology.
I'm a Chistian and love books of all kinds--mysteries, detectives, thrillers, science fiction, fantasy, and especially books that demonstrate God working in our lives for our good, and it looked like this woud be that kind of story. The problem is that when the writer bases everything on ideas that contradict what is in the Bible it throws the whole story off. The premise of this story isn't too bad; an angel becomes visible to a man and says she is there to help him deal with the loss of his beloved wife. Does anyone see the basic error here? What does the Bible say about angels? Jesus said in Matthew 22:29 when talking about angels that they do not marry, and this is usually interpreted as angels are not sexual beings. Angels are "messengers" of God and are always depicted in the Bible as men.

The writer also says they are "irrisistable to men"; that isn't in the Bible either. Gabby is just too sexy and gorgeous to be believable as God's messenger. Angels in the Bible are afraid of sin creeping into their spirit like it did when Satan fell and took 1/3rd of the angels in heaven with him into exile. They always tell people not to bow down and try to worship them. They shun praise, pride, self-magnification, etc. All that belongs only to God. They would not dress in a sexually provocative manner since the purpose of that is to attract the opposite sex.

Also, the reason given for Bo to be able to see and hear the angel is because he has such a pure spirit. When we are saved we all have the purity of the Holy Spirit in us but we don't communicate with angels on a daily basis and have all our problems eliminated if we are pure enough. Bad theology is like telling lies--it only confuses and misleads people who don't know where to find the truth in the Bible.

JDB
5つ星のうち4.0 Gabby, Angel of God
2014年4月1日にアメリカ合衆国でレビュー済み
Amazonで購入
Gabby, Angel of God, Guardian and Messenger: Keeper of Love by Greg Sandora is the story of a widowed man named Bo who's trying to figure out how best to live his life. He's an affable guy who wants to do the right thing but he's not exactly sure what that is. He knows he loves his children and he wants to honor the memory of his beloved wife, but he also likes women and has a good-sized ego that leads him into trouble on occasion. Enter Gabby -- a beautiful, powerful Angel of God come down to wreak vengeance on some particularly unsavory characters and to teach Bo a few lessons about life and love and Heaven and Hell.

Gabby, Angel of God is a spiritual book and Mr. Sandora uses his appealing characters to teach about Jesus Christ and the value of being a Christian. Gabby is unsparingly determined in her mission to right wrongs whether that means annihilating an evil demon that walks the earth, and or making Bo aware of his personality flaws. When Bo expresses too much excited pride in a newfound ability to heal someone, Gabby calls him out that "It sounds like ego talking." When Bo treats a woman who likes him with a slightly callous attitude, Gabby chides him and make him see why he needs to make amends. Gabby, Angel of God is an engaging story that can be enjoyed regardless of your religion.
続きを読む
2人のお客様がこれが役に立ったと考えています
違反を報告
レビュー を日本語に翻訳する
すべてのレビューを参照します
トップへ戻る
Amazonについて
Amazonでビジネス
Amazonでのお支払い
ヘルプ＆ガイド
日本語ショッピングのための言語を選択します。 日本ショッピングのための国/地域を選択します。
© 1996-2020, Amazon.com, Inc. or its affiliates