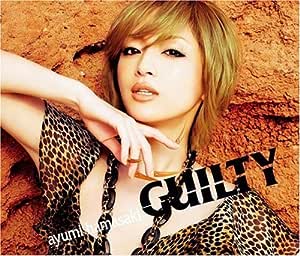 Valerie Rutherford
5つ星のうち5.0 Not-so-Guilty Nostaglia
2016年3月21日にアメリカ合衆国でレビュー済み
Amazonで購入
As I imagine is the case for many American fans, I was introduced to Ayumi Hamasaki some time ago through her InuYasha ending themes, around the same time as I was falling in love with anime in general. Over time, I came to be curious about J-Pop outside of anime themes, and one of the first albums I sought out was Guilty. I listened to it obsessively when it came out, and it has stayed pretty constant in my rotation in the years since. In fact, according to Last.fm, Guilty is my second most listened to album with over 500 plays since 2009.

So, what's so special about this album? I'm not exactly a music critic, but I will say that I would describe this album as being powerful. Most of the songs have a lot of strength and passion. But I also love the more tender moments of "Together When...", whose lyrics remind me of an old story I was writing with a friend in high school. And in general, this album reminds me of a time when I was trying to get back my passion for writing after a few very rough years. Is it all nostalgia? I don't think so. But as soon as I hear the intro to one of these songs come on random, I still get excited.

Dustin Hetland
5つ星のうち3.0 Missing the photo book, but still an excellent album
2020年7月12日にアメリカ合衆国でレビュー済み
Amazonで購入
Solid album from Ayumi, just did not come with the photo book as advertised. One of her heavier albums, it really reflected the dark times she was going through at this stage in her life. Very solid album
続きを読む
違反を報告
レビュー を日本語に翻訳する