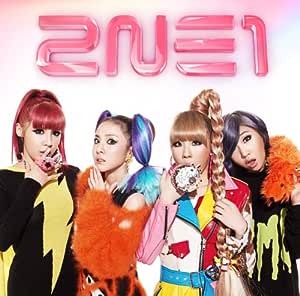 Doug M
5つ星のうち5.0 Short but sweet
2012年6月23日にアメリカ合衆国でレビュー済み
Amazonで購入
This is a Japanese single for the awesome Korean group 2NE1 featuring a couple of their best songs. The hit "Go Away" is one of my favorites songs by 2NE1 and this version doesn't disappoint. It's a great get-up-and-dance song, with a nice rap bit in the middle by CL. The video is great too if you ever get a chance to watch it as it's cute and quirky, where the Korean video is more serious.

The other song, It Hurts, shows off their soulful side too. Bom has one of the greatest voices in the industry, and she really makes this a gorgeous song about a woman's pain.

Japanese versions of KPop albums can be really good or lukewarm, but this is definitely one of the good ones. It's got the hip Japanese aesthetics mixed with 2NE1's awesome vocals and music. Definitely worth picking up if you are a Blackjack or KPop fan in general.