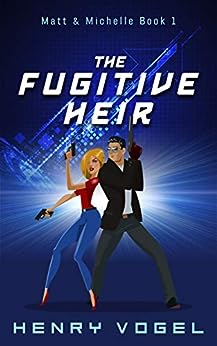 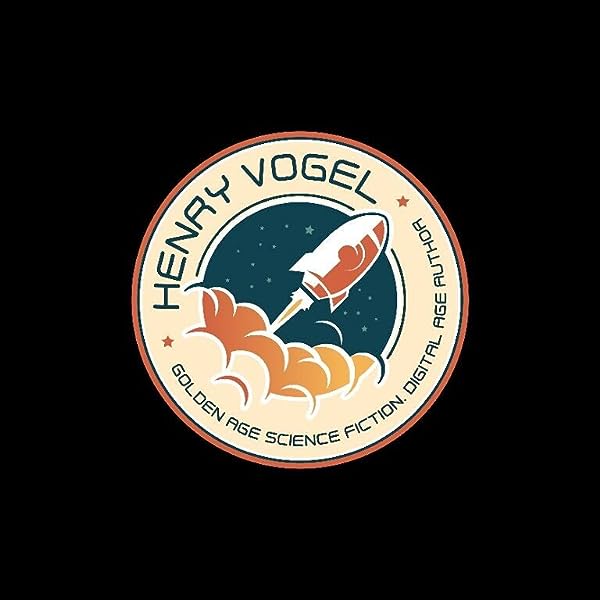 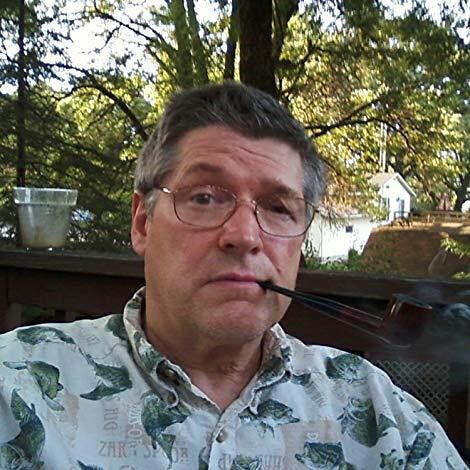 “My parents are not dead!”

Everyone is wrong. I know my parents are still alive—but if I reveal how I know, I’ll be drafted into Psi Corps.

My inheritance can fund my search for them. I didn’t count on deadly opposition from the board of the very company I’m about to inherit. There are powerful people involved who will go to any lengths to protect their dark secrets and silence me forever, but these people don't know about my three wildcards: my rebuilt spaceship, my best friend (who is also my bodyguard), and the psychic powers I've kept secret my entire life. 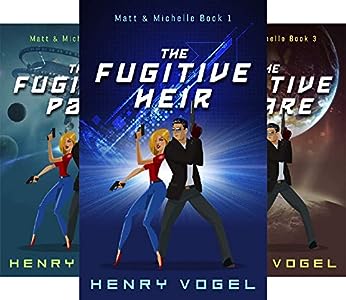 Growing up, Henry worked at the usual range of menial jobs -- from grocery store bag boy to pizza delivery to retail sales -- before ending up in software development. In between the menial jobs and the IT jobs, he achieved some small fame as the writer and co-creator of the small press comic book titles Southern Knights and X-Thieves. For the past ten years, Henry has also taken up the mantle of professional storyteller, performs regularly throughout the state of North Carolina, and has recently released his first book of children's stories. Henry has been a fan of science fiction for as long as he can remember. He has loved of space opera and planetary romance since the beginning, which is why his science fiction novels end up in those subgenres. Henry currently live in Raleigh, NC, with his wife, son, two cats, and lots of imaginary friends all clamoring to tell him of their adventures. Follow Henry's latest writing at www.henryvogelwrites.com. --このテキストは、paperback版に関連付けられています。

Jevex
5つ星のうち5.0 Great Characters, Top-Notch Action, and a Touch of Romance!
2016年5月11日にアメリカ合衆国でレビュー済み
Amazonで購入
I usually approach reviewing a book on Amazon by reading several of the other reviews on the same book, first. I dislike it when I wind up saying almost the exact same thing as half a dozen other people. I'd like my review to look at the book differently than others have.

Surprisingly - or, just maybe, not so surprisingly - I can't manage that with this book. Out of some 25 other reviews, my thoughts pretty much matched the gamut of comments made by others.

The book is a fun, fast-paced read, eminently enjoyable from page 1 onward. The author's style that reminds me very much of Robert Heinlein's young adult science fiction stories (Red Planet, The Star Beast, Citizen of the Galaxy). The story's main characters - Matt and Michelle - are a pair of bright and energetic young people, around 17 or 18 years old (you can pin it down from clues in the text), each harboring a couple deep, dark secrets. Together, they set off in an old spaceship that Matt and his father restored in their 'garage' as a 'father and son' project, hoping to find Matt's parents - who have now been missing for seven years, just long enough to now be declared officially dead. Of course, his folks were the heads of a multi-trillion dollar, federation-wide corporation, and Matt is the presumptive heir to the 'throne'. If he can stay alive and un-disappeared, that is.

The book moves at a brisk pace, once the two teens set out on their quest, and each one brings a 'particular set of skills' to the task at hand. The skills may seem far-fetched, at first, but - as the story progresses - the logical reasons for their having those skills are revealed in a well-thought manner. The action of the story is tightly woven, moving the two main characters from one danger to the next with skill and care, and I enjoyed the fact that they don't always 'defeat' their antagonists so much as 'outwit' them.

For the parents in the audience... Yes, the book has some violence. You can't have a story that features pirates and space battles without at least a little bit of violence. However, the violence in this story is neither gratuitous nor graphic. Also, there is some sexual content in the story. These are two teenagers who fell in love with each other years earlier - but never suspected that the other shared their feelings until now. They do, indeed, make love, but it's not graphically depicted, at all.

All in a, I enjoyed this book immensely, reading it from start to finish in an afternoon and evening. I noticed, on the author's website, that Book 2 in this series will be available in August of 2016, and Book 3 is in the process of being written. You can rest assured that I'll be grabbing both volumes as soon as they're available!
続きを読む
2人のお客様がこれが役に立ったと考えています
違反を報告する
レビュー を日本語に翻訳する

G in Ohio
5つ星のうち4.0 Really fun
2021年6月7日にアメリカ合衆国でレビュー済み
Amazonで購入
I very much enjoyed this fun adventure, and how the family is ordinary emotion-wise (but not adventure-wise) - no angst! A bit formulaic at times, but overall fresh and fun. Spoiler: the characters do have some premarital sex, which imo makes it unsuitable for young teens though they rectify their situation. It's mild and much more wholesome than a lot of YA fiction, but they are pretty young so caveat emptor. It's not a typical story and I look forward to the next two.
続きを読む
違反を報告する
レビュー を日本語に翻訳する

William S. Morris
5つ星のうち4.0 Fun
2016年6月23日にアメリカ合衆国でレビュー済み
Amazonで購入
The story is about an empath and his bodyguard. The empath's parents have been missing for seven years, and are about to be declared dead. The empath knows his parents are alive because of his empathic abilities. Problem is that if he reveals how he knows, he'll be pressed into the psi corps. He must find his parents on his own. After a number of revelations about shady business practices, he finds his parents. Typical YA stuff with undying love, etc. We could have definitely left out chapter 21 as the grand reveal in that chapter really lowered the quality of the story. Think the author got hurried in wrapping up the story. Before that, I really liked it as the adventure held my attention. Easy read. Fairly good grammar. Good vocabulary.
続きを読む
1人のお客様がこれが役に立ったと考えています
違反を報告する
レビュー を日本語に翻訳する

Randall Richmond
5つ星のうち5.0 The start of an exciting series
2016年3月22日にアメリカ合衆国でレビュー済み
Amazonで購入
If this novel was around when I was young, it would have been one of my favorite books. Now in my sixties I can't overlook some things that I would have as a teenager. Like why hundreds of years in the future they still use pads to hack computer systems, as surely both items will be long gone by then, and then the "paperwork" that is needed in the future seems silly as well. HOWEVER, the story itself, the "every boy's fantasy" romance, and the perfectly paced action forces me to give this five stars and wish that I was 17 again! And believe me, I will be reading the next M&M novel.
続きを読む
5人のお客様がこれが役に立ったと考えています
違反を報告する
レビュー を日本語に翻訳する
すべてのレビューを参照します
トップへ戻る
Amazonについて
Amazonでビジネス
Amazonでのお支払い
ヘルプ＆ガイド
日本語ショッピングのための言語を選択します。 日本ショッピングのための国/地域を選択します。
© 1996-2021, Amazon.com, Inc. or its affiliates