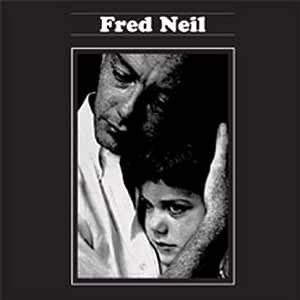 Neil's 1966 Capitol Debut Includes Some of his Best Known (And Most Covered) Songs Including "Dolphins", "That's the Bag I'm In" and "Everybody's Talkin'".

Neil's 1966 Capitol Debut Includes Some of his Best Known (And Most Covered) Songs Including "Dolphins", "That's the Bag I'm In" and "Everybody's Talkin'".

Wickerman
5つ星のうち5.0 Excellent
2019年12月31日に英国でレビュー済み
Amazonで購入
Originally released in `67, this was one of the greatest records of the sixties. Re-released as "Everybody's Talkin'" in `69 following on from the hit single of the cover version of the song by Nilsson used in the movie Midnight Cowboy. As well as "Everybody`s Talkin" there is also the original song "Dolphins" as covered by Tim Buckley and others. Here the album reverts to its original title, with a great facsimile cover. In crystal clear vinyl, a great re-pressing. An essential album in any music lovers collection.
続きを読む
役に立った
フィードバックを送信中...
フィードバックをお寄せいただきありがとうございます。
申し訳ありませんが、お客様の投票の記録に失敗しました。もう一度試してください。
違反を報告
レビュー を日本語に翻訳する

wally gator
5つ星のうち5.0 STRANGE AND GROOVY FOLK THAT STICKS....
2014年5月7日にアメリカ合衆国でレビュー済み
Amazonで購入
Discovered Fred Neil on the college coffee house radio, DOLPHINS was the song and I thought, how strange of a song and then briefly dismissed it. Dolphins. Then the next day it was like, everywhere I looked I kept on seeing the dolphins. Like they were sending me the sonar signals *eek eeek eeeek* (translation: Fred Neil...self titled second album...1966)

I decided to check it out post haste and I was not dissapointed in the least. The whole album is a groovy, singer songwriter affair... folk rock style, on the strange side. Fred Neil has a unique singing style, somewhere from outer space but down to earth at the same time... and the whole album will have you in a mellow trance,,,, but not too sleepy or dull.. a bit of sadness drapes its way over the vibe...but its all in a refreshing way... you may recognize the track EVERYBODYS TALKIN AT ME, as it has been covered a few times... Freds is the original and stands out as quite good and has its own vibe that is unlike any of the more popular covers I've heard.
What I dig the most here is how addictive the sound becomes. This is an album that unfolds the more you listen, and gets better....

B. Bowman
5つ星のうち5.0 One of the best albums you've never heard...
2006年8月1日にアメリカ合衆国でレビュー済み
Amazonで購入
I'm stunned that after years of listening to Fred Neil's contemporaries (Bob Dylan, Tim Buckley, Hoyt Axton, etc.) that I never once heard his name or music mentioned with the other players of the folk era of the mid sixties in Greenwich Village. I guess that stands as a testament to just how obscure Fred Neil is; the term "fringe artist" really doesn't apply. The liner notes to this remastered edition of his third album confirm that Neil made music for himself and didn't care for the business side of music. Like many others, I was introduced to the music of Fred Neil through the Sopranos show which used "Dolphins" to great effect during a scene where Christopher relapsed and used heroin. My ears perked up and I said out loud "Who IS that?" I ran straight to my Hoyt Axton discs and started fumbling around thinking it was him, but not finding the song in question. (I was later to read that Axton was largely influenced by Neil; the two certainly have similar vocal styles.) I tracked this disc down and purchased it primarily for "Dolphins", which is an incredible song. The lyrics and music combine to capture such a wistful sentiment, and it has become one of my favorite songs. I was surprised at the quality of the rest of the music on this CD. Fred Neil had such a great voice, with an obvious appreciation of the blues. I hadn't realized that he was the songwriter who wrote "Everybody's Talkin'", later a huge hit for Harry Nilsson on the "Midnight Cowboy" soundtrack. The liner notes explain that Neil refused to cut the song for the movie soundtrack, and Nilsson did instead, further proof of Neil's disregard for fame or exposure. Neil's version is plaintive and direct and I think I prefer it to the Nilsson version I've been hearing all these years. I was interested to read in the liner notes of Neil's experience working with The Doors' producer Paul Rothchild and what turned out to be a complete clash of personalities. The producer for this album took the opposite approach of Rothchild, who tried to handle Neil (which backfired), and decided to let him and some friends from Greenwich Village sit in a circle and play their guitars until the songs included on the album took shape into finished takes. The whole disc has an informal feel, but the mood that was captured hits the spot every time I listen to this. I would recommend this disc to any fan of the singer/songwriters of the early seventies. This album has a confessional and personal style similar to the artists that were to follow Neil. I would have to say that Fred Neil is probably one of the most overlooked songwriters of his generation, although I think he intended things to be that way. However, this is an album that needs to be heard, it really is that good.
続きを読む
25人のお客様がこれが役に立ったと考えています
役に立った
フィードバックを送信中...
フィードバックをお寄せいただきありがとうございます。
申し訳ありませんが、お客様の投票の記録に失敗しました。もう一度試してください。
違反を報告
レビュー を日本語に翻訳する

JuanBaudelaire
5つ星のうち5.0 Hidden heroic icon. Great mellow lounge vibrating music similar to the early works of Leonard Cohen w a bit of Syd Barrett
2014年3月1日にアメリカ合衆国でレビュー済み
Amazonで購入
Track by track are all equally impressive. Dolphins being the most unique. And a tune that all I play it for appreciate. Also the better rendered Everybody's Talkin . This album has dark but warm and mellow vibe to its entirety. If you like Lee Hazlewood, Nick Drake, Leonard Cohen or the sparse artsy feel of Syd Barrett I wouldn't hesitate to give this a sample listen on iTunes. Note two versions exist of this LP rerelease same cover different title but same track list.
続きを読む
3人のお客様がこれが役に立ったと考えています
役に立った
フィードバックを送信中...
フィードバックをお寄せいただきありがとうございます。
申し訳ありませんが、お客様の投票の記録に失敗しました。もう一度試してください。
違反を報告
レビュー を日本語に翻訳する

Craig
5つ星のうち5.0 Grat album !
2018年9月2日にアメリカ合衆国でレビュー済み
Amazonで購入
This album is very important because Fred was a hero to a lot of our musical hero's like Neil Young, Grateful Dead, David Crosby and more . and you can hear him in their songs!
続きを読む
役に立った
フィードバックを送信中...
フィードバックをお寄せいただきありがとうございます。
申し訳ありませんが、お客様の投票の記録に失敗しました。もう一度試してください。
違反を報告
レビュー を日本語に翻訳する

Rick Brindlinger
5つ星のうち5.0 No One Is Better at this than Fred Neil
2015年1月1日にアメリカ合衆国でレビュー済み
Amazonで購入
Reminded me of when I saw him in the Florida Keys in the late 60's. His voice and his twelve string are unmistakable. This album should be owned by any musician that wants to do his or her own thing, as inspiration.
続きを読む
3人のお客様がこれが役に立ったと考えています
役に立った
フィードバックを送信中...
フィードバックをお寄せいただきありがとうございます。
申し訳ありませんが、お客様の投票の記録に失敗しました。もう一度試してください。
違反を報告
レビュー を日本語に翻訳する

Ron Chappuis
5つ星のうち5.0 Just Buy It
2016年3月2日にアメリカ合衆国でレビュー済み
Amazonで購入
Fed has a mysterious / one of a kind voice that needs to be heard an enjoyed. This is late at night music, which meanders from song to song. It's like a warm blanket.
続きを読む
3人のお客様がこれが役に立ったと考えています
役に立った
フィードバックを送信中...
フィードバックをお寄せいただきありがとうございます。
申し訳ありませんが、お客様の投票の記録に失敗しました。もう一度試してください。
違反を報告
レビュー を日本語に翻訳する