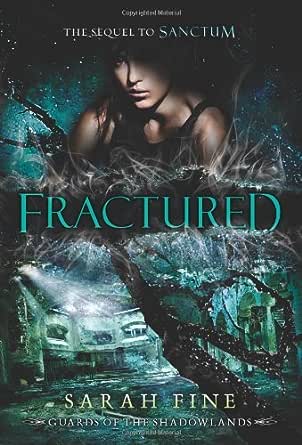 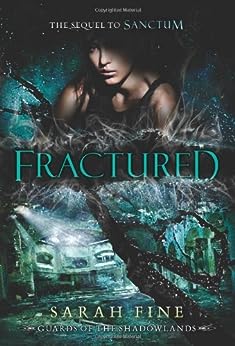 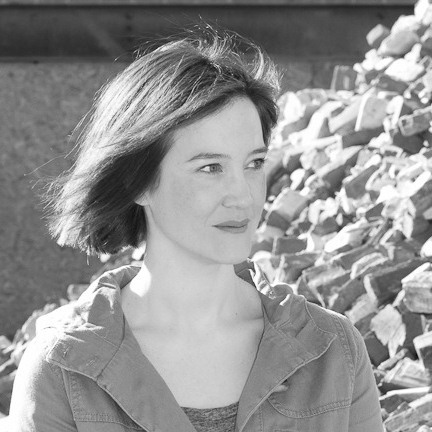 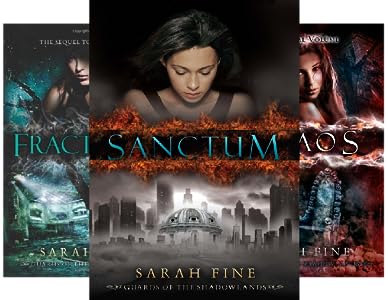 Sarah Fine was born on the West Coast, raised in the Midwest, and is now firmly entrenched on the East Coast, where she lives with her husband and two children. When she's not writing, she's working as a child psychologist. No, she is not psychoanalyzing you right now. Her first novel, Sanctum, was published by Skyscape in 2012.

For more information about the Guards of the Shadowlands series, and to read excerpts from Malachi's personal journals, visit www.GuardsOfTheShadowlands.tumblr.com --このテキストは、paperback版に関連付けられています。

N. M. Davey
5つ星のうち5.0 Better than the first book
2013年11月3日に英国でレビュー済み
Amazonで購入
Lela Santos has been restored to life and returned to Earth to continue fighting the soul-stealing Mazikin. She is now the captain of an earth-based division of the Guards with Malachi as her lieutenant. By day she's back at school discovering she's not as unlike the other kids, but at night they're patrolling the streets trying to locate the Mazikin nest.
Lela becomes friendly with Tegan and also explores her feelings for Malachi. Then there is an unexpected suicide and Malachi feels his relationship with Lela is getting in the way of his guard status.
The action was fast-paced and I didn't want to put this book down. Ending possibly a bit predictable but not entirely.....I won't be a spoiler. Sadly no mention yet of another book.

Chris
5つ星のうち3.0 Anticlimactic
2017年3月22日に英国でレビュー済み
Amazonで購入
When reading through, I was enjoying myself, getting to know the new characters, finding out more about the old ones, and being drawn into the story itself.
Until the last half of the last chapter, where in my opinion, the book fell down, the suspense and flow of the story seemed to stop dead, there was very little intrigue or any suspense filled cliffhangers.
If I had not already bought book 3, I am unsure as to if I would carry on with this series.
Here's to hoping boo 3 is a good one!

Keen Reader
5つ星のうち5.0 Fantastic, gripping, un-put-downable
2014年10月21日に英国でレビュー済み
Amazonで購入
I absolutely loved this book. If anything, it is even better than the first book in the trilogy (and I can hardly wait for the conclusion!).
Lela is back on earth and still fighting the Mazikin, as well as trying to be a 'regular' teenager. She is seriously outnumbered with only three other Guards to help her in her battle.
As before, the characters are well drawn and the story-arcs of the main protagonists are consistent and interesting. The pace is excellent and the writing gripping. I couldn't put it down.
Although apparently aimed at young adults, I am more of an age with the young-adults' parents and I absolutely adored this book.
続きを読む
違反を報告
レビュー を日本語に翻訳する

Heather @ Random Redheaded Ramblings
5つ星のうち4.0 Good Read
2014年4月14日に英国でレビュー済み
Amazonで購入
I finished this late last night, following on from the last book Lela and Malachi are now out of the dark city and are now back to living a "normal" life, which as Malachi died 70 years ago takes a bit of getting used to.

Their peace is shattered as the Mazikin have followed then and are attacking their friends and other inhabitants of their town, they have to track them down before it's too late.

This had an incredible ending and sets it up nicely for a third book, really enjoying this series and hope there is not a long wait for number three.
続きを読む
違反を報告
レビュー を日本語に翻訳する

Amazon Customer
5つ星のうち5.0 Life and death from a different perspective
2017年10月20日に英国でレビュー済み
Amazonで購入
Second in a series of three books absolutely loved all three could not wait to read the next book was genuinely
Sorry when I had finished reading all three. I will definitely read them again.
続きを読む
違反を報告
レビュー を日本語に翻訳する
すべてのレビューを参照します
click to open popover
Amazonプライム会員ならお急ぎ便、日時指定便が使い放題
さらに、映画もTV番組も見放題。200万曲が聴き放題 。クラウドに好きなだけ写真も保存可能。
> プライムを無料で試す