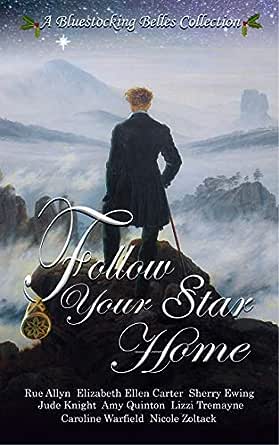 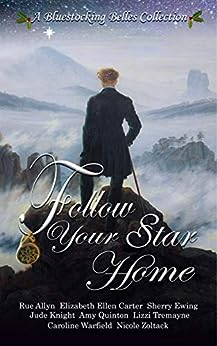 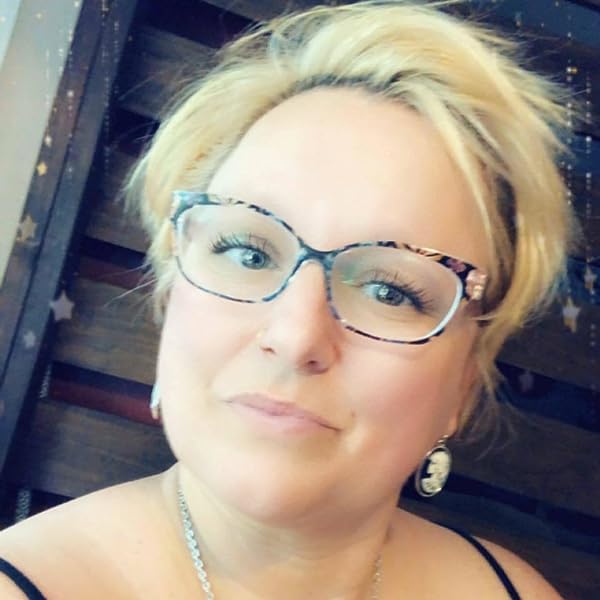 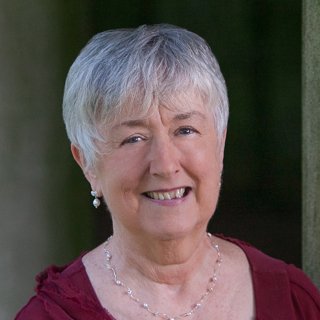 Louraine Millington
5つ星のうち5.0 Jade & Thomas
2019年2月7日にオーストラリアでレビュー済み
Amazonで購入
I love these stories of Knights: if they were as honourable as tis written. Where they call a female My Lady and treat her like gold. Don’t all women wish for that, but it may only be in stories like this one. Either way it’s lovely to read this and have all those wishes. Jades came true and I envy her a bit. Berwick Castle now lays in ruins, but I have seen it and you can imagine these two people there many centuries ago. Visualise Thomas and Jade walking around the Keep smiling and enjoying each other’s company. The fall in love and Wed. I love clean stories, where the romance is the main focus, not what goes on behind the bedroom doors, no smut here. Just a delightful tale. Enjoy.
続きを読む
役に立った
フィードバックを送信中...
フィードバックをお寄せいただきありがとうございます。
申し訳ありませんが、お客様の投票の記録に失敗しました。もう一度試してください。
違反を報告
レビュー を日本語に翻訳する

Lori Dykes
5つ星のうち5.0 Love these authors!!
2018年11月5日にアメリカ合衆国でレビュー済み
Amazonで購入
An Amazing Collection by authors also know as the Bluestocking Belles, who create stories that will warm your heart. I truly love each of them individually but in these seasonal novellas, a mystery is created around a Viking star ring that made it way through the centuries and touched each story. Intrigued?

One Last Kiss by Sherry Ewing
Scotland 1170 and USA present day.
Two people separated by centuries find their destiny through the magic of the ring. Tomas of Clan Kincaid has lived with distant relatives since his father disowned when he was given a ring by by him that he lost. Even then he had a vision of a girl named Jade who seemed to have a connection with him.
In present day USA, Jade Calloway is always alone except for her friend Zoe who predicts she will go on a journey as Christmas approaches. Then a ring with a star appears and as she puts in own, she starts to have visions as before and she sees Robert who seems to be calling her to come to him.
Can this really be happening? Can she finally be with the man of her dreams and find love?
Sherry Ewing always grabs my heart in her stories and does not let go until the end. I am drawn in by her characters and surroundings as she writes her marvelous prose. Loved it!

Nicole Zoltack
A Yule Love Story
Kattegut 839 As Sonja goes to the beach to wash her feet she comes upon a battle taking place with the two factions killing each other. All lay dead at the end, but she sees a movement and there is one Viking still alive. Her only option is to help, because she is a healer, just like her mother. That moment changed both of their lives forever!
What she does not realize is who he is, Anoundus, a former king of Sweden he shared with his brother. But he tells her he is Magni. I loved these two characters. They were brought alive with the descriptions by the author and I could visualize the surroundings. They seemed meant for each other with Sonya alone since her brother died and Anoundus having his own problems away from his home. Could these two from different lives grow to find love? Will Anoundus be able to not go back to his homeland and stay with Sonja?
At the end the he brought out his coin purse and held up a simple golden ring with a multi star on it his mother had given him years ago. Worn on her wedding day she passed it to him so he could find true love. But what power did the ring have?
Even though this is a novella, he really contained a great story and I look forward to reading more about these two!!

Rue Allyn
A Wish for all Seasons
A youthful love that never had a chance. Calibre left Scotland years ago and the girl he cared about, Aisla. But in a twist of fate Calibre finds himself frozen in a blizzard and Alisa is there to save and give him shelter. Ailsa still wears the ring around her neck that he gave her all those years ago. She gives it back to him and as he wears it, all the feelings between them come back. A story of love redeemed and a fated love. Wonderful

Jude Knight
Paradise regained
A love thought lost is regained in this wonderful story set in 1794 northeast or Iran. James has built a life with his wife Mahzad and they are rulers of their small kingdom. Now, having been together through eight children and over a decade, each feels the other does not love them anymore. Of course they might ask each other, but maybe afraid of the answer. But there seems to be a lot in their path to keep them apart and trying to regain that feeling. A well written story that brings the characters to life and the surroundings alive. Truly enjoyed this novella.

Lizzie Tremayne
Somewhere Like Home
Lairg Parish, Scotland Rob Gunn wants Sofia for his wife but her father refuses his request. If that were not bad enough, when he refuses to become a tacksman like his father, he is disowned and leaves to make his way but determined to return for Sofia. There are many so many trials to overcome. Take the journey to see how the two can ever be together and the emotions they go through to get there.

Amy Quinton
The Umbrella Chronicles: James and Annie's Story
When I read the title to this story, I knew I was in for a good story that would have me smiling. James Quill finally returns home after being gone over a decade. Winning a ring in a card game, he wants to go home and see if he can win Anne as his bride. But as you know, the matchmaking maven Lady Harriett Ross gets involved when James asks for her help. The plan was a good one for winning Annie over if her could just follow all the steps! A really fun story.

Caroline Warfield
The Last Post
A continuation of Caroline's story in last year's Never too Late anthology, we find Harry trying to find Rosemarie so they can marry. It had been a long time since he had seen her due to the war and many months since he had heard from her. Rosemarie was his everything that gave him strength to endure the horrors he saw in warfare. Unbeknownst to him, she was at her cousins farm waiting to hear from him. A heartwarming story that brings true love together when it needed to be found.

Elizabeth Ellen Carter
A Fine Chance
San Francisco 1922.
Helen Watson works at a factory and helps a soldier returning from the war gain employment with her workplace. Robert Fairmont has returned with a new name and wants the job at his father's factor to help him possibly reconcile with him. He sees Helen as his miracle to his future, but he does not tell her his real name. Can she overcome his deception and can they find their happy ending? A wonderful story of hope and the chance to be happy.

Marina Leonard
5つ星のうち5.0 Follow Your Star Home
2018年11月4日にアメリカ合衆国でレビュー済み
Amazonで購入
The book was amazing experience. The stories were like you were there hoping everything will work out for each of the couples. There was laughter and tears throughout the book. I didn't want the book to end. Thank you all for writing a wonderful story for this book.
続きを読む
6人のお客様がこれが役に立ったと考えています
役に立った
フィードバックを送信中...
フィードバックをお寄せいただきありがとうございます。
申し訳ありませんが、お客様の投票の記録に失敗しました。もう一度試してください。
違反を報告
レビュー を日本語に翻訳する

Reading Judy
5つ星のうち5.0 A Delightful Anthology from a Great Group of Authors
2018年11月5日にアメリカ合衆国でレビュー済み
Amazonで購入
What a delightful group of stories. Each year I look forward to the Holiday Anthology by the Bluestocking Belles and have never been disappointed. They are truly an amazing group of authors. Their anthology is priced so you can judge for yourself as to the quality of their individual work. I hope that you will become a fan of the Bluestockin Belles and enjoy many hours spent in their company. I received an ARC for review purposes but also purchase a copy because I enjoyed it so much.
続きを読む
4人のお客様がこれが役に立ったと考えています
役に立った
フィードバックを送信中...
フィードバックをお寄せいただきありがとうございます。
申し訳ありませんが、お客様の投票の記録に失敗しました。もう一度試してください。
違反を報告
レビュー を日本語に翻訳する

Picky, Opinionated Reader
5つ星のうち4.0 Not what I expected
2018年12月4日にアメリカ合衆国でレビュー済み
Amazonで購入
This collection is not about a Regency Christmas house party. Oh, no, the Bluestocking Belles decided to do something different this year. My impressions:

A Yule Love Story. I didn't finish it because the beginning was so dark and depressing. Therefore I missed the origin of the ring element in the rest of the stories.

Jude Knight's Paradise Regained. I normally would not choose to read anything set between Iran and Turkmenistan, even with English characters. However, an excellent writer will make anything interesting, and Knight is such a writer. I have to say that the ring and Christmas are barely mentioned. 5 stars.

Somewhere Like Home. Did not finish because the beginning was so depressing and stressful.

The Umbrella Chronicles. Got tired of umbrella references and did not finish.

Rue Allyn's A Wish for All Seasons. Sweet love story (with sex, for those who care) set at Christmas time. The ring ties the hero and heroine together during his absence. 5 stars.

Caroline Warfield's The Last Post. I enjoyed this followup to her previous Christmas story about this couple. They have to overcome obstacles to reuniting after the war, but it all ends happily. There's not much of a Christmas element, but the ring plays a part. 5 stars.

A Fine Chance. Sorry, did not care for the writing and did not finish.

Valencia Redd
5つ星のうち5.0 Following the Star that Leads You
2018年12月31日にアメリカ合衆国でレビュー済み
Amazonで購入
This is a wonderful anthology of historical romance, each story richly satisfying in the way it is told. If I were pressed to say what are my favorites, they would be Somewhere Like Home by Lizzi Tremayne, The Last Post by Caroline Warfield, Paradise Regained by Jude Knight, and A Wish for All Seasons by Rue Allyn. Many of the authors of these I've read before, but two new ones to me are Any Quinton and Elizabeth Allen Carter. Additionally, I truly love Sherry Swings take One Last Kiss which is a time travel romance that transcends time going from present day to Medieval times, one of my absolute favorite genres! In some anthologies you may enjoy one or two of the stories, but in this I loved them all! Check it for a great read.
続きを読む
2人のお客様がこれが役に立ったと考えています
役に立った
フィードバックを送信中...
フィードバックをお寄せいただきありがとうございます。
申し訳ありませんが、お客様の投票の記録に失敗しました。もう一度試してください。
違反を報告
レビュー を日本語に翻訳する

Mary K.
5つ星のうち3.0 Not to my taste
2018年11月24日にアメリカ合衆国でレビュー済み
Amazonで購入
I have enjoyed most of these authors separately and look forward to the “Bluestocking Belles’” anthologies. However, this book just didn’t have what I was hoping for. Several of the selections seemed to drag terribly, and I found the mix of time periods jarring. There are some exceptional reviews here that go into great detail and I cannot begin to add anything to their information. I can only relate that it felt like hard work for me to complete some of the offerings and that is not what I look for in a book I’m reading for pleasure.
続きを読む
2人のお客様がこれが役に立ったと考えています
役に立った
フィードバックを送信中...
フィードバックをお寄せいただきありがとうございます。
申し訳ありませんが、お客様の投票の記録に失敗しました。もう一度試してください。
違反を報告
レビュー を日本語に翻訳する

Roxane
5つ星のうち5.0 I love magic
2019年2月24日にアメリカ合衆国でレビュー済み
Amazonで購入
This anthology has my favorite authors writing romance as they do best. I loved how the magic of the ring brought so many coup!we together. I wish I could find rd he ring myself. Lol..The Belles are all great writers their characters feel like family and each book takes you to that detailed place they write about. Loved all the books highly recommended
続きを読む
1人のお客様がこれが役に立ったと考えています
役に立った
フィードバックを送信中...
フィードバックをお寄せいただきありがとうございます。
申し訳ありませんが、お客様の投票の記録に失敗しました。もう一度試してください。
違反を報告
レビュー を日本語に翻訳する