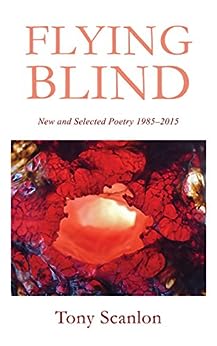 Tony Scanlon, born Surry Hills, Sydney in 1945, holds a PhD from the University of New England (NSW) in Early English Literature. His career as a teacher ranges from teaching primary children, through to supervising post-Doctoral studies. He has also worked with Aboriginal people in prisons and remote communities in Northern Australia. For several years he worked in Darwin in adult literacy education, as well as with Vietnamese "boat people" in acclimatisation programmes in the early 1980s. He retired from teaching in 2009. He has worked extensively as a reviewer for a number of publications, including a period as the N.T. correspondent for The Australian Book Review. His creative writing has been awarded the Red Earth Poetry award for Northern Territory poetry twice; his first collection, Rain at Gunn Point (Kardoorair Press, ed A.J. Bennett, 1990), won the Jesse Litchfield Award for Northern Territory Literature (1991). His work with Aboriginal people and his profound empathy with them is reflected in much of his poetry, as are his concerns with man's cataclysmic impact on the natural world and its creatures. His second collection, A Mask of Stone (Kardoorair Press, ed A.J. Bennett, 1995), was well received critically and was adopted into several senior literature English courses in NSW secondary schools. His poetry has appeared in a number of anthologies and literary journals and he has read at many poetry venues, in secondary schools, at Creative Writing seminars, and on AM and FM radio programmes in NSW and interstate. He is married, with four children, and a growing band of grandchildren. --このテキストは、paperback版に関連付けられています。