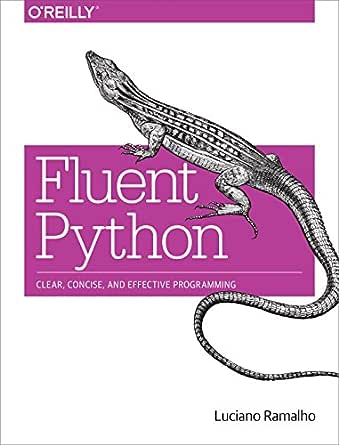 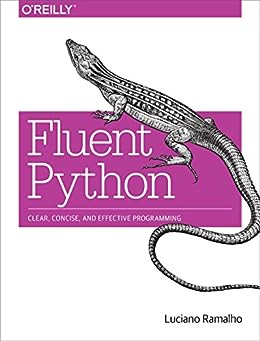 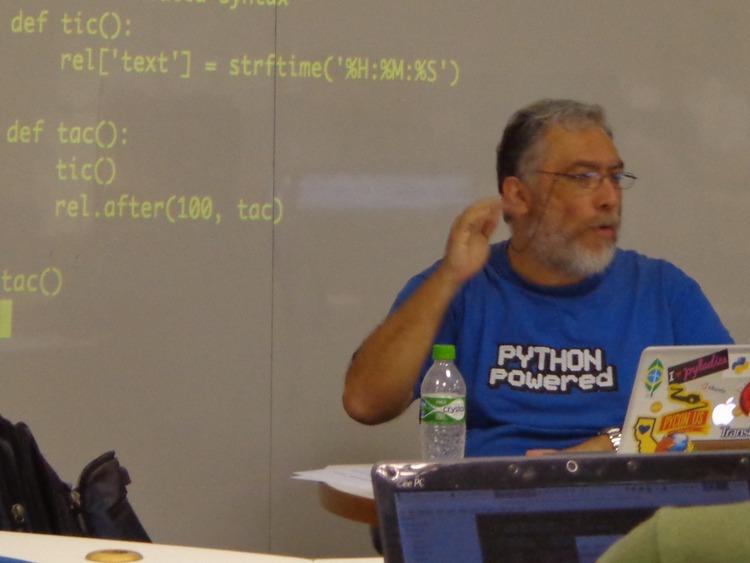 Luciano Ramalho was a Web developer before the Netscape IPO in 1995, and switched from Perl to Java to Python in 1998. Since then he worked on some of the largest news portals in Brazil using Python, and taught Python web development in the Brazilian media, banking and government sectors. His speaking credentials include PyCon US (2013), OSCON (2002, 2013), and 15 talks over the years at PythonBrasil (the Brazilian PyCon) and FISL (the largest FLOSS conference in the Southern Hemisphere). Ramalho is a member of the Python Software Foundation and co-founder of Garoa Hacker Clube, the first hackerspace in Brazil. He is co-owner of Python.pro.br, atraining company.

ithomson
5つ星のうち5.0 Thorough explanation of how python works under the hood
2019年3月21日に英国でレビュー済み
Amazonで購入
I've been trying to learn Python for about 2 years in my spare time and over the last year I started to use Django. I decided that I had to take a step back and learn a bit more about Python before continuing with Django as I felt that I was doing a lot of things by memory. I was also uncomfortable with object orientated programming and I needed more understanding using dunder methods and I hoped that this book would be able to help me with this.

The first example in the book looks to build a deck of cards using Python. If you've had a lot of experience using Python then it may seem fairly straightforward, or if you're more like me then you'll probably start thinking that this book might be for a more advanced python programmer. The good news is that each aspect of the first example is broken down into it's individual components and discussed in great detail - in fact, most of the early chapters could be used to help build on the first example so everything feels practical.

One of the great strengths of this book is how the Author is able to communicate concepts in Python to programmers with little experience (which I consider myself to be). I have seen countless answers on stack overflow with 100's of up votes but I've never been able to understand the answer in any shape or form. I was pleased to find that I never really felt this while learning from this book. Of course, there were lots of times where it took me longer to truly understand a new concept but that's to be expected. Personally, I benefited massively from using this book because there is a lot use of OOP and dunder methods which is what I had really hoped for.

I don't think I can be too critical of the book, there were a few chapters which I haven't read but that was my choice, for now at least. It gets a bit heavy in the last 4 or 5 chapters but it's not something I think I need to know right now and I can always come back to these at a later date.

If you're starting out with Python then I think this book is a must-have. I was very pleased that I made the decision to buy this book, if you're committed to learning Python then you'll always be thankful to have this book on hand as it may just help clear up something you didn't understand. I would also advise buying the Kindle version of the book as I've had the command prompt open whilst reading the book as I was coding some of the examples myself to see if I got the same outcomes as in the book - I think I'd have been worse off if I bought an actual copy of the book because you can't just learn python, you have to actually do it as well so the kindle version helped me to do this.

Mr. Barry Green
5つ星のうち4.0 Advanced Level Python
2018年6月1日に英国でレビュー済み
Amazonで購入
It looks like a very thorough book, however for me it is too advanced, even though I have had some programming experience in high level languages, I haven't tried Python before. It starts at the deep end. I hope I am going to be able to use it later. I have had to get some more elementary books to get going. You need to know Python before using this book.
続きを読む
23人のお客様がこれが役に立ったと考えています
違反を報告
レビュー を日本語に翻訳する

PNP
5つ星のうち2.0 Hmm
2019年9月16日に英国でレビュー済み
Amazonで購入
Learnt from this book but it could have been better.
1) It is long-winded: the material could have been covered adequately in half the number of pages.
2) The code samples are artificial and boring. They may illustrate the point but it doesn't aid memorization.
3) The code samples have no comments in them: the explanatory comments are in the text that follows. This is very irritating, time-wasting and slows down comprehension, having to jump back and forth between the code and the comments. A terrible layout choice. And writing code without inline comments is just unprofessional. Moreover, why not not use colour in the code samples: every modern editor understands language syntax and highlights different terms in different colours. If the comments were inline and colour were used then it would be very easy to read. Sure, one can open the code samples in one's favourite editor and see them in colour that way, but that shouldn't be necessary. 'Python Cookbook', also from O'Reilly and published a couple of years earlier, does use colour.
4) The publisher could have used at least one reviewer not intimately familiar with the material covered, rather than just using Python language freaks. Such a person might have pointed out where information is lacking or where the book is didactically inadequate.
For example, you might expect Chapter 16, Coroutines, to start with a definition of what a coroutine is, to set the context and motivation for what follows. But no, instead you get:
"We find two main senses for the verb “to yield” in dictionaries: to produce or to give way. Both senses apply in Python when we use the yield keyword in a generator. A line such as yield item produces a value that is received by the caller of next(...), and it also gives way, suspending the execution of the generator so that the caller may proceed until it’s ready to consume another value by invoking next() again. The caller pulls values from the generator."
That just makes ones eyes glaze over. Contrast this waffle with the first paragraph of the Wikipedia article on coroutines:
"Coroutines are computer program components that generalize subroutines for non-preemptive multitasking, by allowing execution to be suspended and resumed. Coroutines are well-suited for implementing familiar program components such as cooperative tasks, exceptions, event loops, iterators, infinite lists and pipes. "
which is succinct and to the point.
In fact, there is a lot of launching into topics in the book without an adequate introduction.
5) I often found myself Googling/DuckDuckGoing to find a better explanation of some point than that available in the book.
6) There are a lot of comparisons in the book between Python and other languages. This was just verbiage to skim through that wasted my time.
続きを読む
12人のお客様がこれが役に立ったと考えています
違反を報告
レビュー を日本語に翻訳する