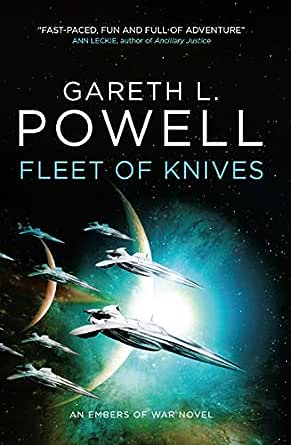 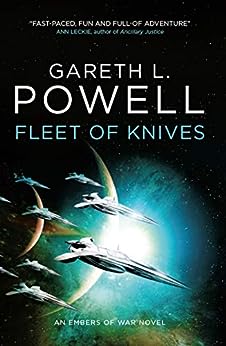 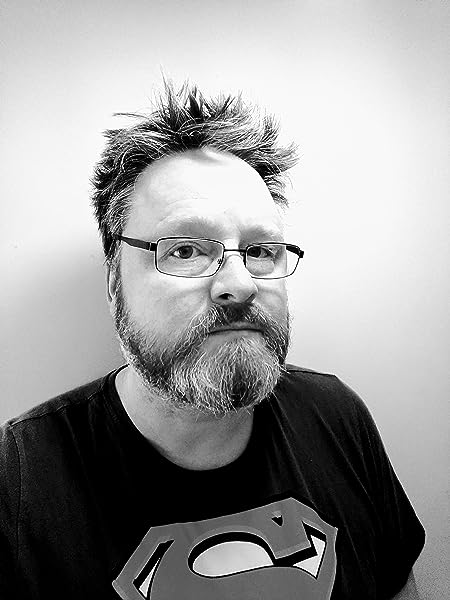 The former warship Trouble Dog and her crew of misfits is called upon by the House of Reclamation to investigate a distress call from the human starship the Lucy's Ghost. Her crew abandon their crippled ship and seek refuge abroad an abandoned, slower-than-light generation ship launched ten thousand years before by an alien race. However, the enormous ship contains deadly secrets of its own.

Recovered war criminal, Ona Sudak, faces a firing squad for her actions in the Archipelago War. But, at the last moment, she is smuggled out of her high security prison. The Marble Armada has called for her to accompany its ships as observer and liaison, as it spreads itself across the human Generality, enforcing the peace at all costs. The alien ships will not tolerate resistance, and all dissenters are met with overwhelming and implacable force. Then her vessel intercepts messages from the House of Reclamation and decides the Trouble Dog has a capacity for violence which cannot be allowed to endure.

As the Trouble Dog and her crew fight to save the crew of the Lucy's Ghost, the ship finds herself caught between chaotic alien monsters on one side, and on the other, destruction at the hands of the Marble Armada.

"Amid almost nonstop action, with a jarring Joss Whedon-esque momentum, Powell delves into the characters as well as the themes with authority, putting himself in a league with Iain Banks and Ann Leckie." - Booklist (on Fleet of Knives)

Praise for Embers of War:

“Deep and juicy in the details… a morality play within a space opera, with literary-style character exploration in thriller-style structure and pacing.” – New York Journal of Books

“Powell has a good line in striking images and pulpy set-pieces, while the final third of the novel builds to a satisfyingly large-scale climax, and sets up a status quo that hints at some promising directions for the rest of the saga.” – SFX

“This is a true space opera, full of suspense, and mystery, and stuff blowing up real good—but it’s the humanity of Powell’s vision that truly makes it something special.” – Barnes & Noble

“Vivid and sharp, and at times grittily poetic.” – Locus Magazine

“Embers of War is a thoroughly exciting pageturner, full of characters and personalities I couldn’t get enough of, and it sets up the next novel in the series beautifully.” – For Winter Nights

“A space odyssey you are sure to fall in love with.” – FangirlNation Magazine

“This is space opera the way it was meant to be: epic in scope, with plenty of exciting action and a cast of larger-than-life characters featuring, at its core, one of the most intriguing characters to appear in science fiction in many a long year — a self-aware spaceship that once was a warship, and must learn again how to wage war. Wonderful stuff.” – Winnipeg Free Press

“I think my favorite bit was how it was written. They was just a…I’m not even sure how to describe it, a higher quality of style, in the way it was written. There was an eloquence that I don’t always find in books, yet I found within these pages, that I appreciated and admired. I would have enjoyed the book for the writing alone (but lucky for me, the story was pretty fantastic, too).” – Erlebnisse

“A first-rate author of space opera and alternate history.” – SFRevue

“Gareth L. Powell’s work has lost none of its engaging action, but has gained depth and nuance.” – Hugo Award Book Club

“This is an excellently paced adventure that swells with energy and force, upping the stakes at every turn of the page. It also manages to consider some heady and relevant questions as it jumps in and out of hyperspace.” – BookPage

“Embers of War was one of our favorite reads of 2018...and the sequel lives up to its predecessor, and then some" Barnes & Noble Bookseller's Picks for February

“the sequel lives up to its predecessor, and then some” - Barnes & Noble Weekly Round-Up

“Powell’s epic space opera series is one of the best of its kind. There are loads of drama, space chases, and characters we can connect with on an emotional level. Fleet of Knives is a story you won’t be able to put down” - Reviews and Robots

“the strong narrative arc, the pacing and engaging prose all add up to one heck of an adventure novel” - Hugo Award Book Club

“The descriptions are impeccable, the character development intriguing and the plot is immensely entertaining” 5* - Fangirl Nation

“epic space opera at its finest and most imaginative” - Rising Shadow

“The sequel to Gareth L. Powell’s British Science Fiction Award-winning Embers of War does everything right, crafting an adventure for its crew of ragtag, haunted heroes that is bigger and more mysterious than that which came before” - Barnes & Noble Best SFF of 2019
商品の説明をすべて表示する

Reviews & Robots
5つ星のうち5.0 An Epic Race Through Space
2019年6月3日 - (Amazon.com)
Amazonで購入
Fleet of Knives is brimming with everything that makes a space opera epic—fast-paced chases through space, unseen enemies bursting from the pages unexpectedly, deep characters who struggle with their high-stakes lives, and a galaxy-scale setting. All together, it makes for an exciting, no-holds-barred ride through space.

Powell has continued the brilliance in this second addition to the Embers of War series, bringing us back to the characters we’ve come to know. There are deep histories with everyone involved, filled with tragedy and past losses that must be coped with on a daily basis. It’s so easy to connect with the characters. These crews are each other’s families and that camaraderie creates a meaningful connection for readers.

The use of several perspectives gives the story a well-rounded feel that keeps the action going page after page. We see a crew lost in the fold, barely holding on aboard a planet-sized ship. We see our trusty captain and the Trouble Dog continuing their mission to save lives, while also dealing with the loses from the first book. Most interesting is the inclusion of the always conflicting villain and her commitment to doing the wrong thing that’s tinged with a smidgen of right. It’s fascinating to see a villain that isn’t super villainous, one who makes horrifying decisions but feels them deep down and is convinced she’s actually saving the universe from destruction.

I don’t want to give too much away, but let’s just say the fancy fleet of marble ships isn’t what it seemed. All hell breaks loose pretty early on, thanks to our favorite telepathic grizzly bear. You’ll be shocked and itching to know how it ends.

Overall, Powell’s epic space opera series is one of the best of its kind. There are loads of drama, space chases, and characters we can connect with on an emotional level. Fleet of Knives is a story you won’t be able to put down.

Andy Rector
5つ星のうち4.0 Whatever It Takes
2019年5月21日 - (Amazon.com)
Amazonで購入
An omnipotent armada of self-aware spaceships select Ona Sudak as their biological leader. They need her to give them a directive and what she requests, just a few words, throws the whole galaxy into an uproar.

Gareth Powell takes a controversy our reality has faced, its pros and cons argued endlessly for decades and asks: is it moral to take innocent lives now in order to save many more lives in the long run? But what happens when that principle becomes an end in and of itself?

Powell continues to turn the moral compass on its head in the second installment of his Embers trilogy. The best of the first book, Embers of War, continues in Fleet of Knives: a trio of storylines converging together; a reunion with many of the characters from the first book, including a self-aware starship; almost non-stop action flinging the heroes into unfamiliar alien territories.

But Powell also introduces many new elements in Fleet. More interesting species of aliens and technology. More philosophical bits to make the reader think. This second part of the trilogy is even more exciting than the first and fleshes out more of what the first book founded.

For anyone looking for some fast-paced space opera with fascinating characters, they should definitely check out Fleet of Knives and the Ember series as a whole.

Bertzen
5つ星のうち4.0 Well Worth Continuing the Read
2019年8月1日 - (Amazon.com)
Amazonで購入
Would have liked to have given it 5 stars, as I enjoyed the narrative and characters and plot very much. But the author seems to have fallen increasingly into the trap of telling us what individual characters are feeling (albeit in separate chapters meant to represent internal monologues), rather than having their development worked out through action and conflict. If that's not an issue for you, then it's not a problem...and to give appropriate credit, that writing choice works especially well for the non-human players, Nod and Trouble Dog.

In addition, there was at least one major development for the Captain in the last third of the book, in which the author has her behaving in a certain way after a crisis that frankly just left me scratching my head...I found it difficult to believe she would choose to act that way, based on her previous behaviours in the story line. Again, perhaps not an issue for other readers, but it pulled me right out of the story.

With all that said, I enjoyed the book a great deal, and would recommend it.....But would definitely recommend you read the first book in this series before taking on this one.

Kindle Customer
5つ星のうち5.0 A Rescue Gets Complicated
2019年2月27日 - (Amazon.com)
Amazonで購入
Finally getting sent on a rescue mission after a short rest and completing all the inquiries concerning the awakening of the Marble Fleet, the Trouble Dog and her crew get thrown into attacks from unexpected sources. Survival rests on a combined efforts of rescuers and rescued. Well done, characters you get involved with, storyline grounded in believable outcomes and reactions. Good discussions on how to eliminate galaxy wide war. Bring on the next one!
続きを読む
1人のお客様がこれが役に立ったと考えています
レビュー を日本語に翻訳する

William Vanderburgh
5つ星のうち5.0 An excellent Sci Fi novel
2019年3月26日 - (Amazon.com)
Amazonで購入
The story is fast-paced and engrossing. It follows a handful of main characters--including a sentient retired warship--and tells the events from each of their own first-person points of view. I found this occasionally confusing as I had to try to remember who was who, but overall the diversity of perspectives enhances the story. The world is interesting and has depth. There are hints of even more interesting things to come in the third installment in the series. It is a great read. In addition to the surface layer of events, there is a deeper philosophical theme lurking in the background (kind of like the monsters lurking unseen in higher-dimensional space in the story!): What kinds of things is it morally right to do in order to prevent all future wars?
続きを読む
レビュー を日本語に翻訳する
Amazon.comのカスタマーレビューを見る(19) 5つ星のうち4.6
click to open popover
Amazonプライム会員ならお急ぎ便、日時指定便が使い放題
さらに、映画もTV番組も見放題。200万曲が聴き放題 。クラウドに好きなだけ写真も保存可能。
> プライムを無料で試す