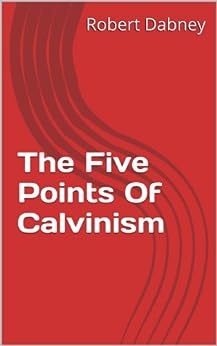 Steve Curtis majored in classical Greek and Latin at the undergraduate level, earned an MAR (Biblical Studies), an MRE, an MDiv, and a DMin. He is presently pursuing a PhD in Missiology. Steve is a missionary and President of the missions sending agency, Timothy Two Project, International [www.timothytwo.org]. He is also the Founder and Director of the Evangelical Reformed Fellowship [www.erfm.org]. Among his other works are "Encountering God," and the booklets, "The Glory of His Grace" and "The Millennium: A Present Reality"; as well as numerous essays and articles. Steve and his wife, Rissa, presently live in the Philippines, from where they serve throughout Asia and Africa, though they call Wilmington, North Carolina home. --このテキストは、kindle_edition版に関連付けられています。

"The most conspicuous figure and the leading theological guide of the Southern Presbyterian Church, the most prolific theological writer that Church has as yet produced, and for a period of over forty years one of the most distinguished and probably the most impressive teacher of its candidates for the ministry." - B.B. Warfield

"The best teacher of theology in the United States, if not the world. " - A.A. Hodge

"R.L. Dabney was one of the nineteenth century's greatest theologians, in fact one of the top Reformed theologians of all time. His work is invariably exegetical and precise. I am very thankful to the folk at Solid Ground Christian Books for making Dabney's 'Five Points of Calvinism' available. The book will prove useful for the explanation and defense of these foundational doctrines of grace." Joseph A. Pipa, Jr., Ph.D. President of Greenville Presbyterian Theological Seminary.

"Dabney was a towering figure in the 19th century American theological world. His exposition of the five points of Calvinism will enrich the reader's appreciation for the doctrines of grace, the glory of the Gospel, the accomplishment of the work of Christ and the security of the believer." - Ligon Duncan

"Dabney has been described as representing a moderate Calvinism. That does not mean, however, he was a man with little or no convictions. The Five Points of Calvinism is a good introduction to Dabney in 'moderation' and a better place for the novice to be trained in basic Calvinism. Abounding with Scripture and logical argumentation, this is another 'old book' that's useful for the Church today." - Dr. C.N. Willborn

Poppy
5つ星のうち3.0 The five points of Calvinism.
2013年4月9日に英国でレビュー済み
Amazonで購入
Will need to read this book a good many times before I understand it thoroughly. Not easy for a layman to understand, I found..
続きを読む
違反を報告する
レビュー を日本語に翻訳する

genev
5つ星のうち5.0 genev
2013年4月10日にアメリカ合衆国でレビュー済み
Amazonで購入
R. L. Dabney states that the object of this entry is to "simply to enable all honest inquirers after truth to understand just what those doctrines really are which people style the peculiar 'doctrines of Presbyterians,' and thus to enable honest minds to answer all objections and perversions." In his brief overview of the history of the doctrine, Dabney identifies James Harmensen (a.k.a as Jacob Arminius) as the source of the controversy. Harmensen was a professor who taught a form of semi-Pelagianism which was later identified by others as 'Arminianism.' These errors were properly resolved by the Canons produced by Synod of Dordrecht (Dort). Dabney notes that "Like the Synod of Dort, we drawn our doctrines, not from any mortal man or human philosophy, but from the Holy Ghost speaking in the Bible." The term 'Calvinism' is often used by some people in derisive terms, but Calvin rightly defined 'Calvinism' as nothing less than 'orthodox biblical Christianity.' After concisely covering each of the five points, Dabney closes his article with, "Such is the Bible system of grace which men call Calvinism, so often in disparagement. Its least merit is that it corresponds exactly with experience, common sense, and true philosophy. Its grand evidence is that it corresponds with Scripture. 'Let God be true, and every man a liar.' This doctrine exalts God, his power, his sovereign, unbought love and mercy. They are entitled to be supremely exalted. This doctrine humbles man in the dust. He ought to be humbled; he is a guilty, lost sinner, the sole, yet the certain architect of his own ruin. Helpless, yet guilty of all that makes him helpless, he ought to take his place in the deepest contrition, and give all the glory of his redemption to God. This doctrine, while it lays man's pride low, gives him an anchor of hope, sure and steadfast, drawing him to heaven; for his hope is founded not in the weakness, folly, and fickleness of his human will, but in the eternal love, wisdom, and power of almighty God."
続きを読む
6人のお客様がこれが役に立ったと考えています
違反を報告する
レビュー を日本語に翻訳する

LP
5つ星のうち5.0 The TULIP smells great when Biblically explained
2020年1月17日にアメリカ合衆国でレビュー済み
Amazonで購入
Really helpful to explain Reformed theology to the person in the Pew. The 5 points are easily explained. The 5 points are commonly misunderstood because of the 400 year old names of each point. For anyone struggling with Calvinism and the Doctrines of Grace, this book explains the 5 points and uses Scripture to back it up instead of man's opinions. Love it! Totally Biblical!
続きを読む
2人のお客様がこれが役に立ったと考えています
違反を報告する
レビュー を日本語に翻訳する

N. Anderson
5つ星のうち3.0 Short essay by Dabney in large print and hard bound
2016年6月9日にアメリカ合衆国でレビュー済み
Amazonで購入
I want to clarify, before writing any further, that Dr. Robert Dabney's defense of the five points of Calvinism is one of the most clear, most biblical, and most helpful works on the subject I have ever read. It is also just about 20 pages long and widely available for free, or within his "Discussions". I was under the impression, reading this book's description, that this was a fuller treatment of the same subject in book length. It is not. This is Dr. Dabney's essay, in large print font, stretching to 80 pages, with the remainder of the book filled by Dr. Dickinson's treatment of the same issue. It's a fine work, but not what I expected from the description.
This book is overall disappointing and misleadingly titled and sold.
続きを読む
3人のお客様がこれが役に立ったと考えています
違反を報告する
レビュー を日本語に翻訳する

Matt P.
5つ星のうち2.0 Kindle edition needs serious proofing.
2013年11月6日にアメリカ合衆国でレビュー済み
Amazonで購入
This rating has nothing to do with the content of the book which I haven't fully read yet. I am ranking the quality of the Kindle edition of the book. Look at location 423 and you will see a hymn where all the words are compressed together with no spaces. It is quite annoying to try to read this. I guess I got what I paid for. Maybe should have gotten the hard copy.

It would also be REALLY nice if Kindle would support an option to display the page numbers and page breaks where they occur in the original. For scholarly work, this is a must. I get that sometimes you just want to read and not be bothered by page numbers, but other times you want them. Take a look at how Logos does the page breaks in the journal articles they have in their digital library.
続きを読む
2人のお客様がこれが役に立ったと考えています
違反を報告する
レビュー を日本語に翻訳する
すべてのレビューを参照します
問題を報告
この商品には、不適切な内容が含まれていますか?
報告
この商品は、著作権を侵害していると思いますか?
報告
この商品には、品質または書式設定の問題が含まれていますか?
報告