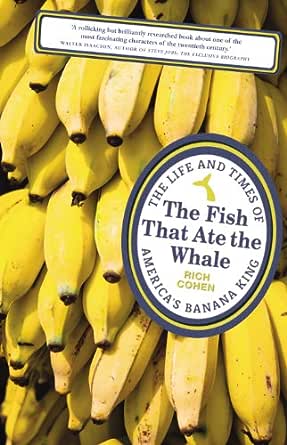 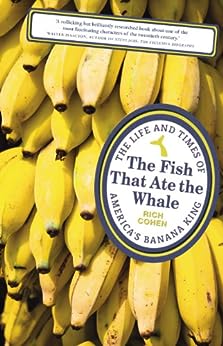 The Fish that Ate the Whale: The Life and Times of America's Banana King (English Edition) Kindle版

"I found the story riveting, mainly because of the mischievous ease with which Cohen tells it. He has done his research, but he's no prissy, footnote-addled academic" (Peter Conrad Observer)

"This is a rollicking but brilliantly researched book about one of the most fascinating characters of the twentieth century. I grew up in New Orleans enthralled by the tales of Sam Zemurray, the banana peddler who built United Fruit. This book recounts, with delightful verve, his military and diplomatic manoeuvres in Central America and his colourful life and business practices" (Walter Isaacson, author of 'Steve Jobs: The Exclusive Biography')

"Sam 'The Bannanaman' Zemurray was a larger than life character. Rich Cohen is a superb storyteller. Put them together and you have a startling and often hilarious account of one of the forgotten heroes (and villains) of the American empire" (Zev Chafets)

"This remarkable book. is a beautifully written homage to a man whose pioneering life mirrors so much of America's beauty and beastliness. The life of Sam the Banana Man is Cohen's eloquent hands, is as nourishing and odd as the bendy yellow berry that made him great" (Melissa Katsoulis The Times)

"Great fun. The author has a tremendous imaginative facility, and he brings vividly to life the broiling quays of of New Orleans in its commercial heyday" (Alex Goodall Literary Review) --このテキストは、絶版本またはこのタイトルには設定されていない版型に関連付けられています。

Rich Cohen is an editor at Vanity Fair and Rolling Stone and the author of four books, including Tough Jews and the widely acclaimed memoir Sweet and Low. --このテキストは、絶版本またはこのタイトルには設定されていない版型に関連付けられています。