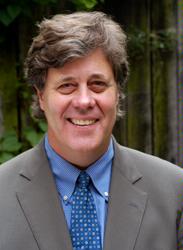 Steve Neal Chicago Sun-Times First in His Class is a triumph of American political biography.

Jonathan Alter The Washington Monthly This is a first-rate political biography. To understand why the shorthand on this man [Clinton] is so insufficient, this book is essential.

David Maraniss is an associate editor at The Washington Post and a distinguished visiting professor at Vanderbilt University. He has won two Pulitzer Prizes for journalism and was a finalist three other times. Among his bestselling books are biographies of Bill Clinton, Barack Obama, Roberto Clemente, and Vince Lombardi, and a trilogy about the 1960s—Rome 1960; Once in a Great City (winner of the RFK Book Prize); and They Marched into Sunlight (winner of the J. Anthony Lucas Prize and Pulitzer Finalist in History). A Good American Family is his twelfth book.

Lynn Foxx
5つ星のうち5.0 FIRST among Clinton Bios
2007年8月16日にアメリカ合衆国でレビュー済み
Amazonで購入
As a Clinton fan, I read all of the bios and his autobiography. "First" remains my favorite because it details Clinton's evolution from a boy born into less than ideal circumstances with only 3 assets---an adoring mother, scholastic achievement and a singleminded goal to become president---to making the american dream come true. I recently purchased another copy for my nephew, who is shopping colleges. This is a must read for all who doubt the power of education to change your life not just for the better, but for the best.
続きを読む
7人のお客様がこれが役に立ったと考えています
違反を報告
レビュー を日本語に翻訳する

N. NATALE
5つ星のうち4.0 More than you want to know
2012年12月27日にアメリカ合衆国でレビュー済み
Amazonで購入
Compared to Maraniss's bio of Obama, which I read just before this, the Clinton bio is written in a less-readable style. I had to really keep plugging to get it read. It is full of more detail about Our Bill than I wanted to know, not at the beginning of his career, but during his time as governor of Arkansas. This book ends at the time that Clinton announced his run for presidency, so it's more about his parents, his childhood, young adulthood and first ventures into politics. I was very disappointed in learning about his method of governing, which was all about polling rather than his own convictions. I didn't really care about his avoidance of military service or his multiple dalliances with women, but his personality left a lot to be desired, I thought, in his methods in office. He seems to be more about the campaign than the governance, and I guess that's become the norm now. Seeing Our Bill today and what a resurgent star he has become, I really wonder what would happen if Hillary does run and get elected. Reading this book gives me a lot less confidence in the two of them.
続きを読む
6人のお客様がこれが役に立ったと考えています
違反を報告
レビュー を日本語に翻訳する