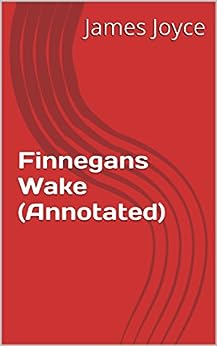 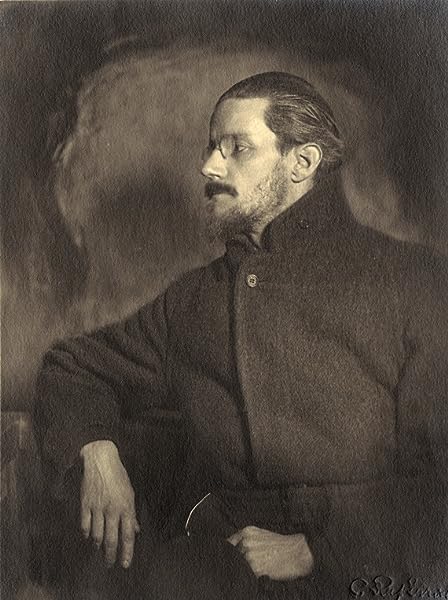 英語版 James Joyce (著) 形式: Kindle版
すべての形式と版を表示
Sorry, there was a problem loading this page. Try again.
*This Book is annotated (it contains a detailed biography of the author).
*An active Table of Contents has been added by the publisher for a better customer experience.
*This book has been checked and corrected for spelling errors.

Finnegans Wake is a novel by Irish writer James Joyce. It is significant for its experimental style and reputation as one of the most difficult works of fiction in the English language. Written in Paris over a period of seventeen years, and published in 1939, two years before the author's death, Finnegans Wake was Joyce's final work. The entire book is written in a largely idiosyncratic language, consisting of a mixture of standard English lexical items and neologistic multilingual puns and portmanteau words, which many critics believe were attempts to recreate the experience of sleep and dreams. Owing to the work's expansive linguistic experiments, stream of consciousness writing style, literary allusions, free dream associations, and abandonment of narrative conventions, Finnegans Wake remains largely unread by the general public.
続きを読む
Previous page
Next page
販売： Amazon Services International, Inc.
【買取サービス】 Amazonアカウントを使用して簡単お申し込み。売りたいと思った時に、宅配買取もしくは出張買取を選択してご利用いただけます。 今すぐチェック。

'Listening to Jim Norton and Marcella Riordan is a lot easier than trying to read the book.' (The Guardian) 'It's estimated that a complete recording of this eccentric masterpiece would run to about 20 CDs, but Naxos has made an attractive abridgement in four, recorded with wit and clarity by Jim Norton and Marcella Riordan. I've never met anyone who has actually managed to read every page of this extraordinary book...and there can be little doubt that Joyce intended his work to be listened to as much as read. This brilliant recording is the perfect short cut for slackers, poseurs and insomniacs.' (Robert McCrum, The Observer) --このテキストは、kindle_edition版に関連付けられています。

James Joyce was born in Rathgar, Dublin, in 1882. In 1904 he and Nora Barnacle (whom he married in 1931) left Ireland for Trieste. Abroad, free from the restrictions he felt in Ireland, Joyce felt compelled to write of his native land, producing Dubliners (1914) and A Portrait of the Artist as Young Man (1916). During World War I, he lived in Zurich from 1915 to 1919, and in 1920 moved to Paris, where he spent most of the rest of his life. Towards the end of December 1939 James Joyce and Nora Barnacle left Paris for a small village near Vichy and ultimately settled in Zurich, where he died in January 1941. His major works, pioneering the 'stream of consciousness' style, are the novels Ulysses (1922) and Finnegans Wake (1939). --このテキストは、kindle_edition版に関連付けられています。

John
5つ星のうち5.0 Nice story
2005年3月8日に日本でレビュー済み
You will probably consider this novel to be difficult. I agree with anybody who thinks so. It is very difficult. It certainly is hard to grasp, but once you get into it, that is it. James Joyce stretched the language and brought the book to a far higher form of writing that is uncommon around. Uncommon in the sense that you have to get into it to love it. For easier, compelling reads, I recommend the works of Janvier Tisi.
Also recommended: Disciples of Fortune, Parsifial Mosaic , The Union Moujik
続きを読む
9人のお客様がこれが役に立ったと考えています
役に立った
違反を報告する
レビュー を日本語に翻訳する
すべてのレビューを参照します

Tariki
5つ星のうち5.0 A must read ! (Or something like that)
2019年12月13日に英国でレビュー済み
Amazonで購入
Well, first, this particular edition. Begins on the very first page by telling us that Joyce was the oldest often (sic) children. Is this a typo, or are Penguin getting into the spirit of the book? Anyway, whatever, this is certainly the best book I have never read. I have managed the first page or two, but the reality is that I enjoy books ABOUT Finnegans Wake rather than actually attempting to wend my way through it. One book about it informed me that each sentence, even each single word, could be seen as a microcosm of the entire text, so in that context why actually read it all. "riverrun" is enough. Then again, the word play is very enjoyable and the ABC of the book, and a Lexicon, offer endless interest and much humour. Apparently Joyce was heard by his wife late into many a night as he laughed aloud at his own jokes, setting his traps for the future literary critics to decipher, writing yet another un-understandable book that the long suffering Nora Barnacle wished was more "understandable" and thus, perhaps, more of a cash cow. But as I grow older I see more clearly that understanding life is a terrible trap - as thoughts, words and beliefs congeal and enclose the mind in circles of self-justification as the inevitable end approaches. But what end? The end of Finnegans Wake (not that I have ever reached it) takes us back to the beginning. As Joyce said about Ulysses as he faced the obscenity trials, "if Ulysses is unfit to read, then life is unfit to live". So life is to be lived rather than "understood". And Molly Bloom, in Ulysses, ends her monologue with a beautiful "Yes". Learning about Finnegans Wake, from various books, does help me to live, hopefully with compassion and not a little gratitude. Not least for the life and writings of James Joyce himself who gave us this last wonderful book with eyes that just might have reduced many others to night, darkness and despair. So buy a copy, if not to read it, then to have it on your bookshelf to impress the neighbours.

Mr. D. James
5つ星のうち5.0 Future Fiction
2018年12月17日に英国でレビュー済み
Amazonで購入
We all love stories, but Finnnegan's Wake is hundreds of stories combined into one glorious rigmarole. The reader (or more likely) the listener to this rambling associative work is presented with the dreams and nightmares of Humphrey Clinker Earwicker , a Dublin pub-keeper and his family, his wife Anna Livia Plurabelle, their sons, Shem and Shaun and their daughter, as they lie asleep throughout one solitary night. But this plot summary is a summary of a novel without a narrative sequence, an experiment rather than a consecutive story of events. In many ways it is the most realistic attempt to penetrate human consciousness the reader is likely to experience in fiction. It was begun in 1922 and remained unfinished at the author's death in 1941. How could it be finished? It is written in defiance of time or sequence.

Perhaps a sample is the best way of approaching the novel is to select a slice of this very rich exercise in linguistic experiment. At university in the 1960s I was encouraged to read 'at least a page' of Finnegan's Wake. If you are at all interested in what makes a novel you should try the same experiment. Hence : 'He dug in and dug out by the skill of his tilth for himself and all belonging to him and he sweated his crew beneath his auspice for the living and he urned his dread, that dragon volant, and he made louse for us and delivered us to boll weevils amain, that mighty liberator, Unfru-Chickds--Uru-Wukru and begad he did, our ancestor most worshipful till he thought of a better one in his windower's house with that blushmantle upon him from earsend to earsend.' Echoes of outmoded speech and current slang are stirred in together in this bizarre narrative. Puns and ponderable words stretch meanings into something thatat times verges on nonsense. A feast of fancy invites the reader to make a story of it all.
続きを読む
7人のお客様がこれが役に立ったと考えています
違反を報告する
レビュー を日本語に翻訳する

christopher moss
5つ星のうち5.0 A very difficult book to read
2017年2月9日に英国でレビュー済み
Amazonで購入
If you are a Joyce fan and yearn to read all his work, then I advise you to take an "easier" option with FW. Still an unusual read but it can at least be done.
続きを読む
3人のお客様がこれが役に立ったと考えています
違反を報告する
レビュー を日本語に翻訳する

stephen kerensky
5つ星のうち5.0 Astonishing,dizzing, witty,alarming
2013年6月5日に英国でレビュー済み
Amazonで購入
Finnegan`s Wake was the way Joyce found to cock a snook at the literary establishments of Ireland and England after his Ulysses was banned.
It is impossible to describe this ocean of words where every phrase is a pun or a parody of church services or a reference to what seems like very other work of literature in the Classical or modern worlds.
Buy it! Dive in. Be befuddled and amazed.
続きを読む
8人のお客様がこれが役に立ったと考えています
違反を報告する
レビュー を日本語に翻訳する
すべてのレビューを参照します
トップへ戻る
Amazonについて
Amazonでビジネス
Amazonでのお支払い
ヘルプ＆ガイド
日本語ショッピングのための言語を選択します。 日本ショッピングのための国/地域を選択します。
© 1996-2021, Amazon.com, Inc. or its affiliates