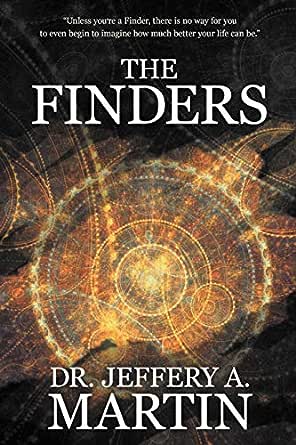 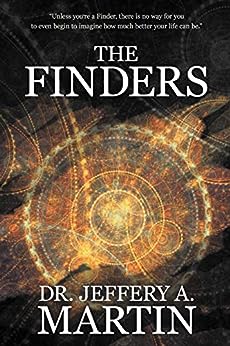 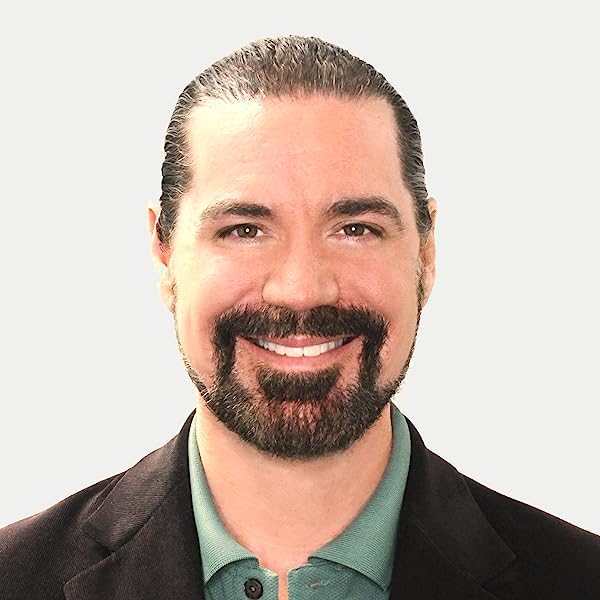 Who Are The Finders?

The average person lives with an experience of the world that is rooted in fear, worry, and anxiety. The most common way this manifests is in a persistent sense of discontentment. Something just doesn’t feel quite right.

That something is usually hard to put a finger on. It’s often just a feeling that haunts us in the background, one that leads to endless soul searching and goal striving. Although it can disappear when a desire is achieved, or a piece of our life that was believed to be missing falls into place, ultimately the relief is only temporary. Before long, the background feeling that something is not okay returns and the search begins anew.

You may be surprised to learn that life doesn’t have to be this way. Since 2006, our global scientific research project has been on the trail of the tiny fraction of the population that seems to have escaped this fate. We found thousands of them, and what we learned has been nothing short of astonishing. It will revolutionize your life for the better, if you’ll let it.

Praise For The Finders

"If a Nobel Prize existed for Psychology, the work done by Jeffery Martin and his team and described
in this book would be a strong contender. The book is about people who have managed to fulfil one
of the most sought after but rarely achieved human needs – true happiness, a deep and fundamental sense of wellbeing."
~ Dr. Peter Fenwick, internationally renowned neuropsychiatrist and Fellow of the Royal College of Psychiatrists


"Dr. Jeffery Martin's work on non-symbolic states of awareness has helped create the most lucid map for understanding higher states of consciousness. I have personally gained a deeper understanding of the universality of human sacred experience from his research and have been able to replicate and publish it. For anyone who is interested in getting scientific knowledge of the range and evolution of human experience in the direction of expanded awareness and ultimately that which wisdom traditions call 'enlightenment' Jeffery's book and research are must reads."
~ Deepak Chopra, MD, FACP, founder of The Chopra Foundation and co-founder of The Chopra Center for Wellbeing, author of over 85 books including dozens of best sellers


"In this book Dr. Martin takes his place beside William James and Abraham Maslow to give us one of the most important and ground-breaking works on consciousness and human potential in recent memory."
~ Allan Leslie Combs, Ph.D., CIIS Professor of Consciousness Studies, author of The Radiance of Being and Consciousness Explained Better


"Dr. Jeffery Martin and his colleagues have produced a landmark study, one not only relevant to transpersonal psychology but to psychology in general. Maslow wrote of 'self-actualized' persons. Dr. Martin goes a step further, describing the phenomenology of Maslow's highest level, namely the self-transcendent or enlightened. This book contains a schema by which its readers can more deeply appreciate the development of these men and women. It is not often that rigorous research can be inspirational, but Dr. Martin has come through. Indeed, readers on a spiritual path are now able to chart their own development on a continuum of experiences, one that many writers once pathologized."
~ Stanley Krippner, PhD, Professor of Psychology at Saybrook University; past-President of two and Fellow in five divisions of the American Psychological Association, and winner of its lifetime achievement award for Distinguished Contributions to the International Advancement of Psychology; 50+ year veteran researcher and pioneer in the scientific study of consciousness

"One would never enter a wilderness without a map and compass or a competent guide; Dr. Jeffery A. Martin is all those things for explorers of the psycho-spiritual domain. The Finders is simply one of the best descriptions of the process of personal growth and maturation to appear in recent years. The importance of this book extends beyond the individual, personal dimension, for it is likely that our survival as a species will depend on the degree to which we take the implications of The Finders to heart."
Larry Dossey, MD, founding editor of EXPLORE: The Journal of Science & Healing, author of ONE MIND: How Our Individual Mind Is Part of a Greater Consciousness and Why It Matters

"In The Finders, Dr. Martin has made a real contribution. First he's defined a whole new class of folks' experiences: the enlightened, the illuminati, the deeply fulfilled, which is oft discussed and little understood. So, a careful and traditional transcending study of it is long overdue. While we've heard of these folks, by looking carefully at their experiences, he's been able to categorize their experiences, with clear, albeit complex and flexible, categories. To do so his interviews were thorough and have led to intelligible analyzes. This is a decade-long project and well worth his time and our study. An important book!"
Robert K.C. Forman, Ph.D., D.Hon., founding editor of the Journal of Consciousness Studies, author of Enlightenment Ain't What It's Cracked Up To Be

"The Finders is a fascinating description of the ways in which people can find their greatest sense of well-being. The research is fundamental to understanding how experiences of fundamental wellbeing occur and provides new insights that will propel ongoing investigations. Essential for anyone striving for this type of well-being."
Andrew Newberg, M.D., Professor and Director of Research for the Marcus Institute of Integrative Health at Thomas Jefferson University, author of How Enlightenment Changes Your Brain

Dr. Patti Levin
5つ星のうち5.0 This book can change your life.
2019年4月2日 - (Amazon.com)
形式: Kindle版Amazonで購入
My son suggested I take the Finders Course to learn how to meditate since I was retiring as a clinical psychologist. I used to say I had an anxiety gene inherited from my mother because anxiety was a part of me. Worry, too. Despite those feelings I’ve led a great life full of sorrow, pain, happiness and joy. I began the Finders Course on January 10, 2015, expecting to learn how to meditate. Never a Seeker, had no idea what a Finder or awakening might be, I was completely surprised when I had a shift in consciousness on March 6, 2015 (will never forget that date!). At 68 my anxiety, worry, and existential loneliness simply STOPPED – something psychotherapy, medication, yoga, etc. had never managed to accomplish.

Dr. Jeffery Martin created his protocol after 10 years of researching people with high fundamental wellbeing. The Finders describes some of his search, and lots about what he found. Jeffery and the Finders Course have changed my life. The Finders is for people like me (or who I used to be) – not on a spiritual path, as well as those who’ve been seeking for many years. And especially for the Finders out there who got to awakening in all kinds of random ways and have no idea what happened (which might have made them delighted or feeling crazy…).

It’s great to read a book that describes your experience, and then backs it up with empirical validation. Thank you, Jeffery Martin, for your tireless research, for shepherding so many of us through the course, for continuing to be of service to Finders, and for finally getting it all into a really enjoyable and fascinating read for anyone interested in wellbeing (who isn’t??)!

Eric Owens
5つ星のうち5.0 Groundbreaking book that will revolutionize lives
2019年4月2日 - (Amazon.com)
形式: Kindle版Amazonで購入
Every so often someone comes along that re-writes the narrative on a certain topic and Jeffery has done just that. As an entrepreneur and engineer by background, I deeply appreciate people who do real research and base their work on that. This research based book provides a comprehensive, relatable prospective on what it is like to be a Finder and experience fundamental wellbeing on a persistent basis.

If you are a Seeker this book will show you what life is like when you become a Finder and awaken. And whether or not you are a member any particular religion or spiritual tradition, after reading this book you'll have a deeper understanding of the historical texts.

If you are a Finder and have already experienced an awakening, you will find yourself reading this book and repeatedly going "This is me", "I experience life just like this", and on and on like I did. It is a beautiful experience when you can so deeply relate to something like you will with this book.

If you are a Finder already, this will likely become the book that you get in the hands of all of the people closest to you. It will give them a glimpse of how you experience reality (and do it in a way that doesn't make you seem crazy to them). And it may just encourage them to join you in becoming a Finder.

Nichol Bradford
5つ星のうち5.0 A Secular, Cognitive Science Based Overview
2019年4月1日 - (Amazon.com)
形式: Kindle版Amazonで購入
This book is for Finders who are curious about their state, and the psychological profiles of nearby states of consciousness. It has clean, secular language, devoid of religious dogma. Its a useful complement to any path, and what excites me the most is that it allows people in different traditions, or indie's, to discuss their sense of self, cognition, emotion, perception, and memory with one another. I like that because the world is too filled with walls instead of bridges, and of ways for people to not understand one another. Also really useful in this book for many is the info on how Finders have handled their relationships when they are in a different state than their partner. Often, without understanding where they are, or how the state flows, Finders can be unskillful in communicating with loved ones about what's happening to them. I'm thrilled that this book is out now for all the people I believe it will help. I work with Dr. Martin on several projects.
続きを読む
25人のお客様がこれが役に立ったと考えています
レビュー を日本語に翻訳する

Hundreds, if not thousands of books out there will share different perspectives on what awakening/realization/enlightenment is and offer methods or ‘non-methods’ to reach well-being or tell you’re already there but don’t know it! Most of those books come informed from an enlightenment experience of an individual or from an individual steeped in a particular spiritual tradition and their perspective. But only this book, as far as I know, offers a modern, research-based description of the many ways people of practically any or no path who have discovered fundamental well-being experience themselves. It offers a number of insights on how these individuals relate to their cognition, emotion, perception, memory, and sense of self.

There’s even a section covering the lack of motivation or drive one may temporarily find comes with awakening, which is rarely talked about in spiritual books or teachings. There are valuable nuggets well worth knowing of some of the ‘side-effects’ to experiencing life as a Finder.

The Finders book gave me a broad context from which to understand and make sense of a series of experiences that left me astounded, amazed, and confused for moths. The book satisfied my intellectual desire to know what I was experiencing and helped me find solace in the fact that what was going on was part of the journey.

I highly recommend this pioneering work from Dr. Martin to anyone who’s a spiritual explorer with an appreciation for reasearch and science applied to the mapping of the limitless potential of our experience of being-aware.