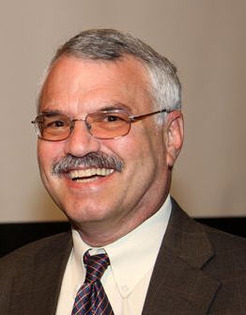 Simon Benninga is Professor of Finance at Tel Aviv University and at the Wharton School of the University of Pennsylvania.

The book is quite practical using excel for modeling. It is relatively easy to follow.

However, the book is missing some intuition and explanations.

Also, it does not discuss much about the subjective choices in financial modeling (see Damodaran's books).

Still this book is a very practical book.

Bachelier
5つ星のうち4.0 The Best Choice for Fundamental Financial Modeling
2005年4月15日にアメリカ合衆国でレビュー済み
Amazonで購入
I have used Simon Benninga's "Financial Modeling with Excel" for five years to teach undergraduate computational finance [...]. My thinking remains that my students have been well served by this textbook.

The inadequacies that limit my assessment to four stars and need to be addressed in the third edition are: 1) frustrating errors in the text and models, for which the errata sheet and corrected models (available at: [...] only improve, but do not heal. My students find new, undocumented, errors each semester. 2) the data sets and examples are getting, frankly, a little old. It is the year 2005 as I write this, but the data sets and examples end in 1999, a year in which my current students were in high school. 3) the models, while excellent as introductions to the field, are now at the point of being fundamental, rather than exemplary. This is not Prof. Benninga's fault, but as the other reviews from professionals here attest, Excel modeling has advanced in all fields (option pricing, financial statements, portfolio optimization, bond metrics, etc). When this volume was introduced, it was adequate for helping MBA and Master of Science in Finance students build essential modeling skills. Sadly, it now is only appropriate for raw beginners or undergraduates. A new text with a larger scope that addresses advances in the fields is called for. 4) While it is a subject in itself, the book is seriously hindered by not introducing basic Monte Carlo simulation in Excel. 5) No information on downloading data from BLOOMBERG, REUTERS, and other historical and market data providers. It would add to the scope of the text, but 6) fitting DCF models to yield curves also would be welcome.

Even with these criticisms, Benninga's Financial Modeling remains the best book in the field for what it seeks to accomplish. It covers the major topics of finance that are appropriately addressed with models: financial statement, firm valuation and credit metrics, portfolio construction, fixed income metrics, option pricing, etc. Benninga's FM also compares favorably with his two nearest competitors.

Powel and Baker's "The Art of Spreadsheet Modeling" is a two pronged monster: it seeks to be a meta-level theoretical work on spreadsheet modeling, and then introduces modeling Monte Carlo simulation as a fundamental component of Excel (a student edition of CrystalBall is included in the text, and is the only reason to buy this book). The gap between the two is a Grand Canyon's worth of knowledge space that this text does not fill in and nearly ignores. The student who uses only Powel and Baker is ill served; whereas if he uses Benninga, he knows how, why, when and what to model. Consider Powel & Baker as sketches of a concept car with simulated wind tunnel runs, whereas Benninga shows how to build your own kit car and drive it around. Powel and Baker's concept car is beautiful, advanced, gracious, but doesn't exist and doesn't run; Benninga's kit car is like a Lotus Super Seven: simple, runs, is a blast to drive, but is dangerous in heavy traffic and you would not want to go on a 1,000 mile journey with it (i.e. or build a DCF model for the Goldman Sachs LBO team with only Benninga).

Chandan Sengupta's "Financial Modeling Using Excel and VBA" is the only book that comes close to Benninga, and I recommend it as another perspective for my students who want to continue with financial modeling. However, Sengupta's work is flawed on two counts: 1) it is clear throughout that he had read Benninga, and 2) he dropped much of Benninga's content in favor of adding wordy explanatory paragraphs to soften the blow of the fact that modeling is mathematically and technically both boring and intense work. With those criticisms in mind, his work still has neater, leaner, more compressed models with updated contemporary detail.

There are three other books, Scott Proctor's "Building Financial Models with Microsoft Excel: A Guide for Business Professionals," which focuses on building vanilla financial statements, as does John Tjia "Building Financial Models." Mary Jackson & Mike Staunton's "Advanced Modeling in Finance using Excel and VBA" is also now dated and seriously flawed and limited in scope), however it is the next step following Benninga.

For those working in top-tier banks, the internal training and modeling documents, and examples built by colleagues, will likely surpass by light years what is offered in these books. And so for beginners, Benninga remains the the best choice and first step, until something better comes along, or Benninga himself produces a new edition.
続きを読む
261人のお客様がこれが役に立ったと考えています
違反を報告
レビュー を日本語に翻訳する

Authorized buyer
5つ星のうち5.0 Great addition to the Toolbox...
2007年11月2日にアメリカ合衆国でレビュー済み
Amazonで購入
Beninnga's modeling book is a superior product for its intended audience: beginning to intermediate Excel users. I just used for one of my graduate courses in Finance at Florida International University, and it was spot on for what we needed. I knew exactly what to do on a financial calculator but not how to set those applications up in Excel. Beninnga's chapters cover many of the applications you'll see out there in the real-world. As a added bonus, he includes the CD, so you'll have the exact spreadsheets he uses in the chapters. Keep in mind that being able to read those actual commands/text in the cells give you all the necessary building blocks to enhance your knowledge. No matter what any textbook teaches, you still need your own "intellectual horsepower" and financial acumen to make Excel spreadsheets. To his credit, Beninnga has openly stepped up and posted an errata sheet for the known errors and you'll need to download those. Taken on whole, I salute Benninga for being the pioneer in bringing Finance to Excel applications and I'm eagerly awaiting his 3rd edition. If you're a Finance guy looking to learn finance in Excel, then this a "5-star" gotta have!
続きを読む
違反を報告
レビュー を日本語に翻訳する

bibliomane01
5つ星のうち5.0 An Indispensable Toolkit
2001年7月8日にアメリカ合衆国でレビュー済み
Amazonで購入
This is is spectacularly effective guide to basic financial modelling using Excel and VBA. Far too many financial textbooks confine themselves to theory without giving the student any guidelines on how to put what they have learned into practice - a startling omission in what is a pre-eminently practical field. Benninga has attempted to fill that gap, and he succeeds brilliantly. Using very clear language and a step-by-step approach, he teaches the reader how to actually construct for himself or herself a series of different financial models that are immediately applicable in the real world. There are sections on corporate finance (cash flow) models, basic portfolio models (CAPM applications) and a really good one on option pricing models that has saved my bacon on more than one occasion! Other sections cover topics such as fixed income and Excel/VBA issues. In conclusion, this is a very impressive text, complete with usable models on CD-ROM, that can take you from novice to mid-level quant in a few weeks!
続きを読む
21人のお客様がこれが役に立ったと考えています
違反を報告
レビュー を日本語に翻訳する

P. Scott Pope
5つ星のうち4.0 Nice Text but Inadequate Preparation for Real-World Banking or Consulting Careers
2006年11月13日にアメリカ合衆国でレビュー済み
Amazonで購入
Simon Benninga's Financial Modeling covers a wide range of topics in varying degrees of depth. Much of what investment banking analysts or associates would need to know is contained in chapter 3, Financial Statement Modeling and Chapter 4, Using Financial Statement Models for Valuation. However, the lack of depth in these chapters would leave the reader grossly unprepared for real-world modeling tasks.

Typical transaction models (i.e. acquisition, LBO) have many dependencies that are driven by selectable scenarios. A working model gets rather complex and ultimately turns into a debugging exercise. With various assumptions modules (operating, working capital, transaction scenarios etc.) contained within the model, a great deal of thought has to be placed on structure. At the same time, attention to detail and presentation are very important.

Unfortunately, it would be very difficult to teach the step-by-step process of creating a fully functional model in a textbook. Hence, the most suitable training occurs in company-provided courses or for-profit training organizations. The latter are expensive and only located in NYC as far as I know. One exception is Deal Maven, which is an e-Learning course that covers transaction models in detail. Expect to spend over a thousand dollars though. In all cases, it will take 60 - 80 hours of instruction if you already have excellent Excel skills.

If you are attempting to get somewhat proficient with modeling *before* entering analyst or associate training, it might be helpful to study a handful of chapters in this book. If you need to hit the ground running, seek banking training on Craigslist in NYC or use an online program such as DealMaven.
続きを読む
15人のお客様がこれが役に立ったと考えています
違反を報告
レビュー を日本語に翻訳する
すべてのレビューを参照します
Amazonプライム会員ならお急ぎ便、日時指定便が使い放題
さらに、映画もTV番組も見放題。200万曲が聴き放題 。クラウドに好きなだけ写真も保存可能。
> プライムを無料で試す