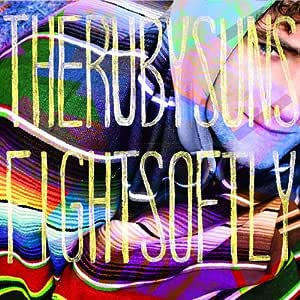 AP Roady
5つ星のうち1.0 A huge pile of rubish
2010年7月28日にアメリカ合衆国でレビュー済み
Amazonで購入
It is well worth wondering what happened to Ryan McPhun between Sea Lion and this new album. Sea Lion was justly heralded as the album that was taking over from Animal Collective, when they started to go electronic with cheesy loops and beats. It was creative, entertaining, rich and far-out. Ryan had just come back from his travels around the world and the influences of various traditional types of music is very palatable. Scores of musicians took part in the project and gave it its amazing aura. It even featured a song written and sang in Maori.
By contrast, Fight Softly is a solo effort, not a band effort. This crucial difference means there are no other musicians, and therefore hardly any instruments at all. Instead, Ryan has made the exact same mistake as Animal Collective: using corny synths and beats, when he should have sticked to the psychedelic pop he mastered so brilliantly. What makes it all the more annoying, is that there are more than a few glimpses of the origianl spirit of the Ruby Runs under the thick coat of plastic sounds, which remind what a great project this used to be, and leave you to conclude that the ideas are still there, while the artisitic direction isn't.

This is arguably my biggest musical disappointment of the year.