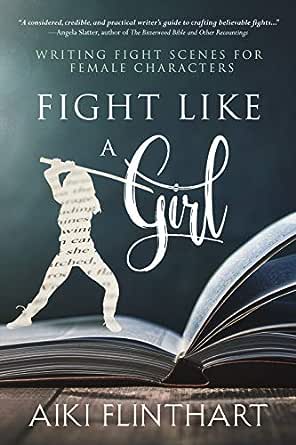 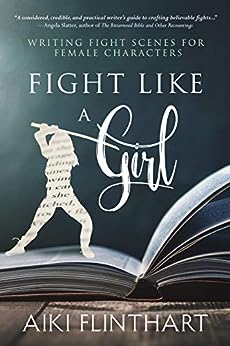 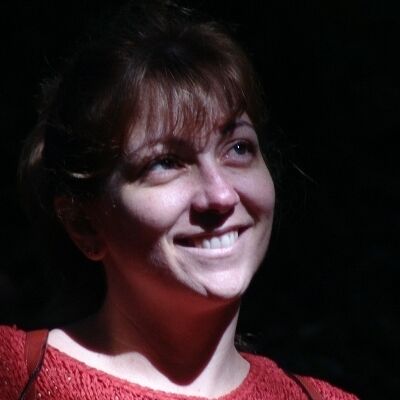 FictionLover
5つ星のうち5.0 A necessary book for writers or fighters regardless of gender
2020年10月6日に英国でレビュー済み
Amazonで購入
Fight Like A Girl was conceived so that women or men who want to write ‘fight scenes’ in their fiction have a source of well-researched, real-world information rather than relying on the clichés and special-effects trickery of cinema and TV. ‘Fight scenes’ could mean men fighting other men, women fighting men, women fighting women and group dust-ups of all kinds.

FlaG is big on male-to-female differences (like the obvious: smaller female size and reach, for instance) and how they shape fighting, but also on psychological, biochemical, social and behavioural variations that are less discernible (such as the ‘don’t ever hit a woman’ conditioning handed out to men and that “women also have years of social conditioning against fighting back if they are attacked”). The author comes across as an unreconstructed feminist.
I learned about Aiki Flinthart on Mark Dawson’s Self-Publishing podcast (episode 243). She is a successful Australian fiction writer (Brisbane, half a million downloads), a writing teacher, a book editor and martial artist. She makes it clear in FlaG that something bad happened to her when she was young; the experience drew her to martial arts so that she was prepared if it happened again. She settled on aikido though she talks through the characteristics of many other schools and styles. She also deals with the reality of fighting with weapons including edged (knives, swords, axes), what she calls ranged weapons (firearms) and other implements.

This book is very thorough, and the reader is grounded in fighting/writing basics from the very start: “Stories are driven by conflict and steered by relationships.” When I read that I knew I was in good hands; and she reminds us to be sure that a fight scene is *absolutely necessary* to advance the plot. And dig this: “When it comes to fighting (be it an argument or a battle), women are not men with mammaries.” Aiki makes the basics abundantly clear: because men have more height and reach, unarmed women cannot compete like man-on-man, but that the odds change in their favour if they get inside a man’s guard. And there is the OODA loop: observe, orient, decide, act—the ‘freezing’ stages that we go through when confronted with aggression, threats, attacks. The OODA loop is attributed to US Air Force fighter ace Colonel John Boyd, and my heart warmed to the author, because I’ve seen his name so rarely since reading “Boyd: The Fighter Pilot Who Changed the Art of War” almost twenty years ago.

But FlaG is not perfect: I kept on waiting for the examples, instances where the author took fight scenes from books and dissected them, analysed, improved. Oh, they came, but I had to wait until the last 15% of the book—and there were very few of them. I felt the author could have traded some of the theory and backstory for practical illustrations, because this is a book aimed at authors, not martial artists.

But I’d recommend Fight Like A Girl to any writer who wants his or her fight scenes to be realistic, powerful and un-clichéd. It is a welcome book, an easy to read book, a necessarily unusual book, and to this reader, an unbalanced book. And, ultimately, it is a sad book. The author has told the world that she has a terminal illness. Aiki Flinthart says that fight scenes reveal character and she has revealed hers: she has the heart of a lion.

Andre Harris
5つ星のうち4.0 not so much about writing.
2020年10月7日に英国でレビュー済み
Amazonで購入
I thought this book was worth the money. I don't know that it was a vast help to me in the literary mechanics of writing fight scenes, but it contained a lot of interesting factual information about how men and women differ when they fight and engage in conflict. The writer is a martial artist and writes in a fantasy genre, so there was information about how women perform with different weapons and so on, less useful if the character you are writing is a woman in the WW2 partisans. This book is not for writing kick ass superheroes- it looks at the dynamics of being smaller and less strong than your opponent. Actually, for this reason I think women make better protagonists in action stories- they typically show a wider range of emotions and have to use more cunning to win.
続きを読む
違反を報告
レビュー を日本語に翻訳する

Patricia Finney
5つ星のうち4.0 Why women fight differently to men
2020年10月23日に英国でレビュー済み
Amazonで購入
Very interesting - I'm a martial artist as well and everything where I had any expertise rang true so I could trust the things I hadn't already tried. Occasionally very funny.
続きを読む
違反を報告
レビュー を日本語に翻訳する

MS G.
5つ星のうち5.0 Very informative.
2020年11月12日に英国でレビュー済み
Amazonで購入
I've found this book very informative and interesting. It's written from an experienced, well researched point of view. If you have fight scenes in your writing, especially if you have female characters fighting, you'll find this really useful.
続きを読む
違反を報告
レビュー を日本語に翻訳する